See the video of the moment Mark Bradford crossed the stage. 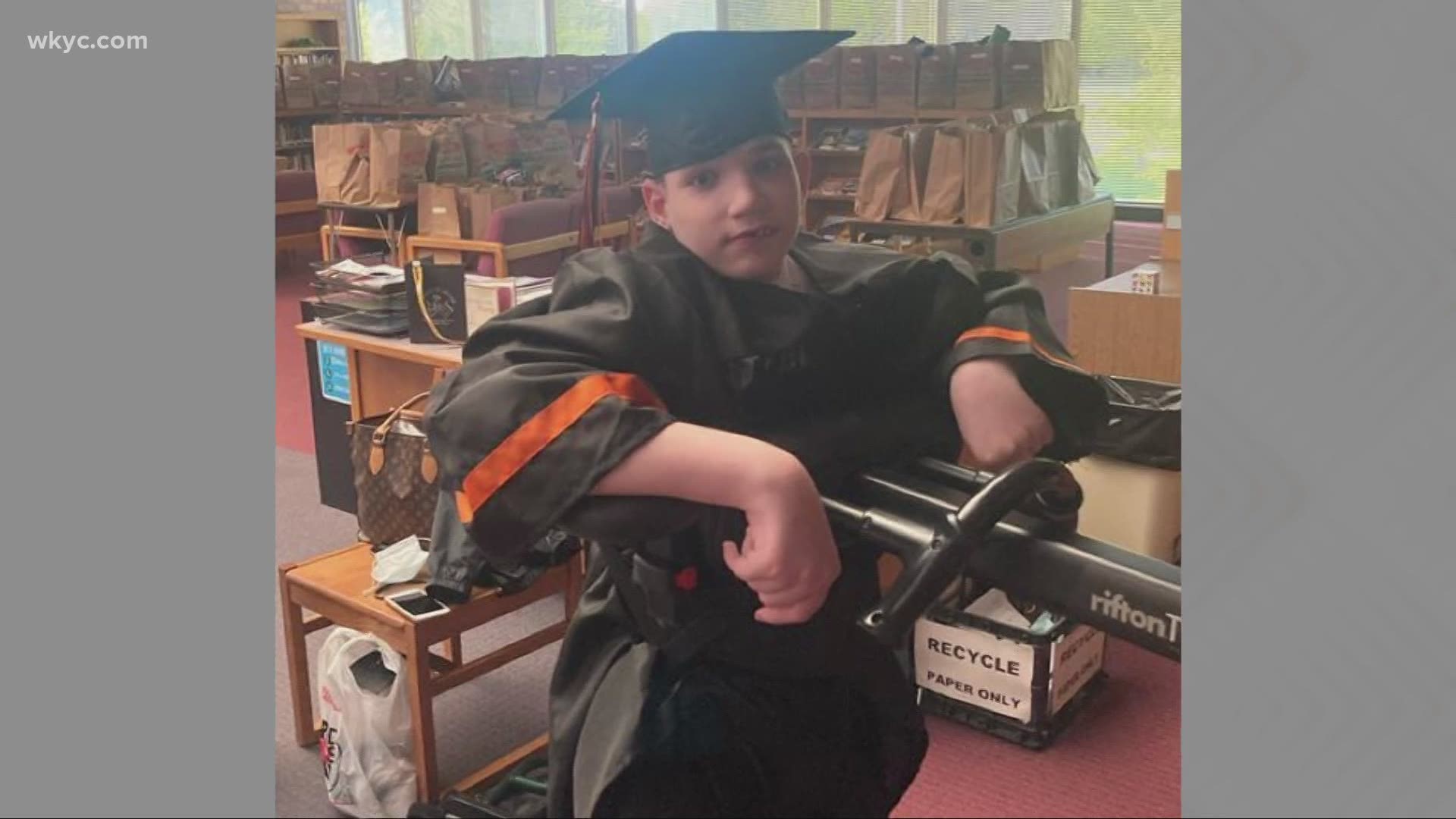 CANTON, Ohio — We are hearing about some creative graduation ceremonies, and one in North Canton caught our attention because of the sheer will it took for a student to physically cross the stage.

Lisa Bradford recorded cell phone video that started with a cheer and ended with happy tears.

“To see him walk across that stage…I don’t have any words, I cried the whole time,” says Bradford.

“He’s had epilepsy since 2-years-old and then around 10 years ago, he was diagnosed with cerebral palsy,” says Bradford.

Mark is non-verbal and has used a wheelchair the past eight years. So, it was difficult for his parents to view him like other high school students.

“I never thought that we’d see him walk across that stage. I always thought he’d be wheelchair bound,” says Lisa Bradford.

But every day at Hoover High School in North Canton, he’d work to strengthen his leg muscles and stand in a mobility device.

“They’d get him up, get him all strapped in and he’d move it himself! So, once he started walking, he moved it,” says Lisa Bradford.

It was truly a team effort. Four years of hard work paid off as Mark was helped across the stage in a Rifton Tram mobility device.

“His teacher Karla and Lindsay, and all the other teachers in the Hoover district, they were all there. His OT Denise, like I said Carly, his PT, everyone was there to support him. We all cried watching him walk the stage,” says Linda Bradford.