The two officers who answered the call for service are Officer Kevin Crowley and Officer Matt Neath. 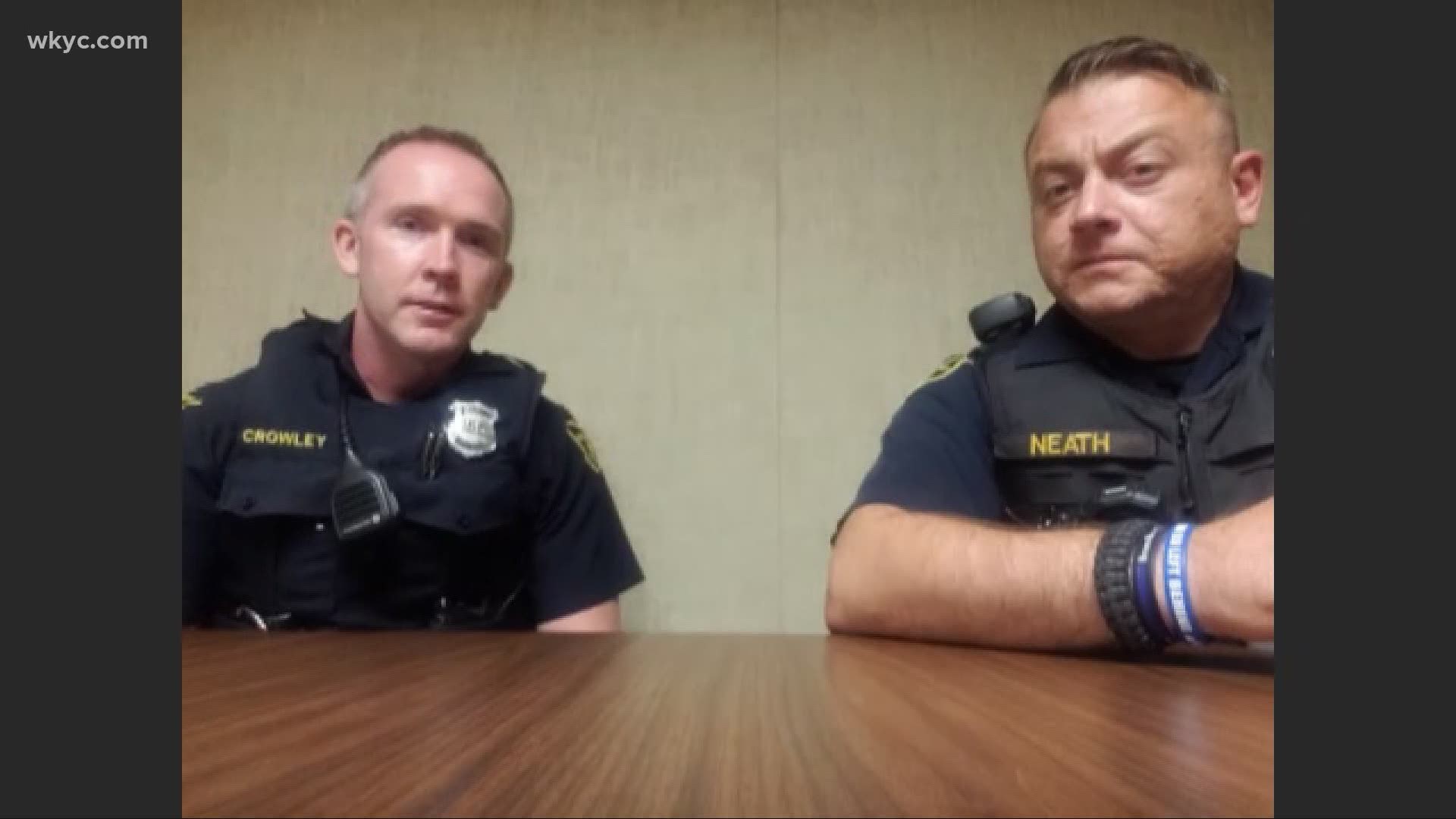 WILLOUGHBY, Ohio — A pair of Willoughby police officers jumped into action and saved a 15 month-old boy after he started choking on an apple slice. The heroes say this is what they train for and their jobs are to jump into action, no matter what the circumstance.

The two officers who answered the call for service are Officer Kevin Crowley and Officer Matt Neath.

3News got a chance to speak with them just days after their life-saving rescue. They got the call about a young boy choking and the officers rushed to the scene and performed the Heimlich. The officers say the family was helpful and together, they had one goal.

“Our goal was to get to [the scene] as quickly and safely as possible. You never know how many seconds, it could be a difference of life and death,” said Officer Neath.

“Your training just kicks in,” said Officer Crowley. “I didn't think about gravity of what we were doing until you step away from it,” he expalined.

For Officer Crowley, it hits close to home. He's a father of three young children.

“We were the closest to it and if it wasn’t us, it would be two other guys, guys or girls sitting here and saying the same thing, sure of it,” said Officer Crowley. “It’s what we do.”

"We never know what's going to be at the other end of the radio when it chirps up,” said Officer Neath. “I stopped by the house today and the family said the little boy was doing fine. He was running around like a typical 15 month-old, so he seems to be okay. There's no words, there's no words. You hope for the best and pray for the best and to see a good outcome is phenomenal.”

The officers say this was a group effort that included other office, firefighters, EMS crews and hospital doctors and staff.