This go-getter’s long-term career goal is to become a chief diversity officer at a local university and maybe someday become the U.S. Secretary of Education. 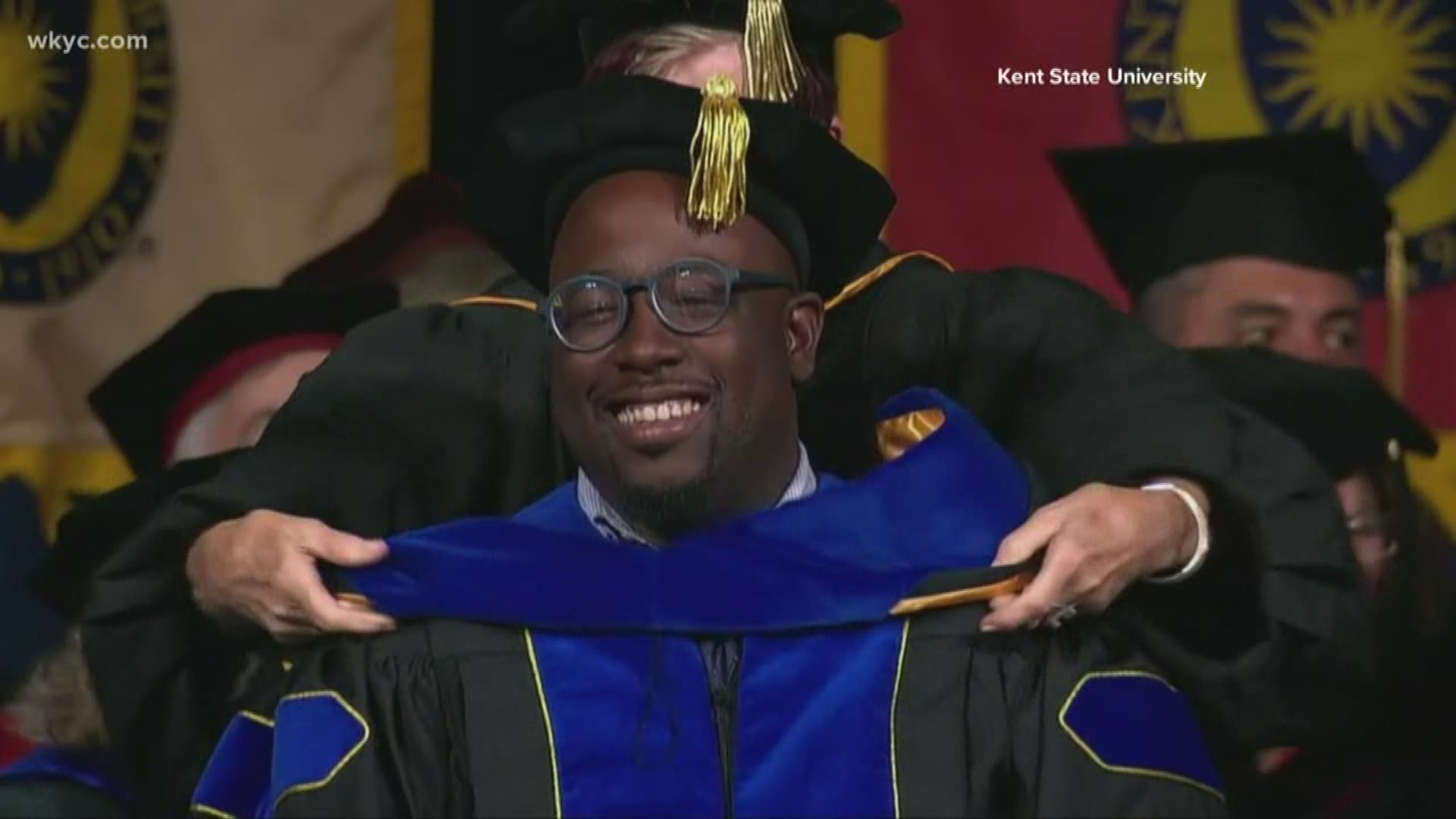 It was a defining moment for 35-year-old N.J. Akbar, Ph.D. It was the day the Detroit native (turned Akron resident) was publicly recognized for earning his doctoral degree.

A moment that almost didn’t happen.

“It was surreal, but it was also numbing,” says Akbar, who earned his doctorate in Cultural Foundations of Education from Kent State University where he also serves as an Assistant Dean in Kent’s University College.

"I DIDN'T SEE A LOT OF SUCCESS"

Akbar grew up in poverty in Detroit’s 48204 neighborhood, an area once considered one of the most dangerous in the U.S by NeighborhoodScout.

“I saw drugs all around me,” says Akbar. “I saw alcoholism, I saw poverty. I didn’t see a lot of success.”

As a child, Akbar stuttered, spoke with a lisp and entered the third grade barely able to read.

“But he had that spark in his eye that told me he wanted to be there,” says Michele Deacon, Akbar’s third grade teacher.

“When I met Ms. Deacon, it kind of really put me on this path of loving school,” says Akbar. “She was just very patient and caring, took extra time and it made me love reading. I don’t think without her I would have a Ph.D. now.”

“YOU ARE NOT QUITTING”

Akbar went on to graduate from high school, college, earn a master’s degree, serve in the military and move his career forward at Kent State. But as he was pursuing his Ph.D, the unexpected happened.

“My mother passed away in 2017, and you know I almost quit the program because I just went into a deep depression,” says Akbar. “In that depression I sent an e-mail to my adviser and told her I was quitting.”

With those words, Akbar went on to finish his Ph.D, and a few months later was elected to the Akron Board of Education. This was his second time running for a position on the board.

“I ran because I want to make sure that there’s someone on our school board who understands what it’s like to succeed in education, but also knows what it's like to struggle.”

Akbar was sworn in Monday evening with fellow newly elected board members Valerie McKitrick and Derrick Hall and newly appointed board member Diana Autry. In true go-getter fashion, Akbar was elected vice president of the board.

He says his goals for his tenure on the board are centered on community and on the children of Akron. He wants to engage and involve more community members, be as transparent with them as much as possible and encourage the community to support Akron Public Schools, which, in part, means passing a levy.

This go-getter’s long-term career goal is to become a chief diversity officer at a local university and maybe someday become the U.S. Secretary of Education.

“The biggest thing I would say is that I believe that failure is often medicinal,” says Akbar. “I’ve always learned through my failures. I always analyze what is it that I could do better. How do I come out stronger so that they never are able to beat me again?"

RELATED: How a therapy dog is changing students' lives at Lakewood High School