Does your pup have what it takes to be Busch Beer's chief tasting officer? 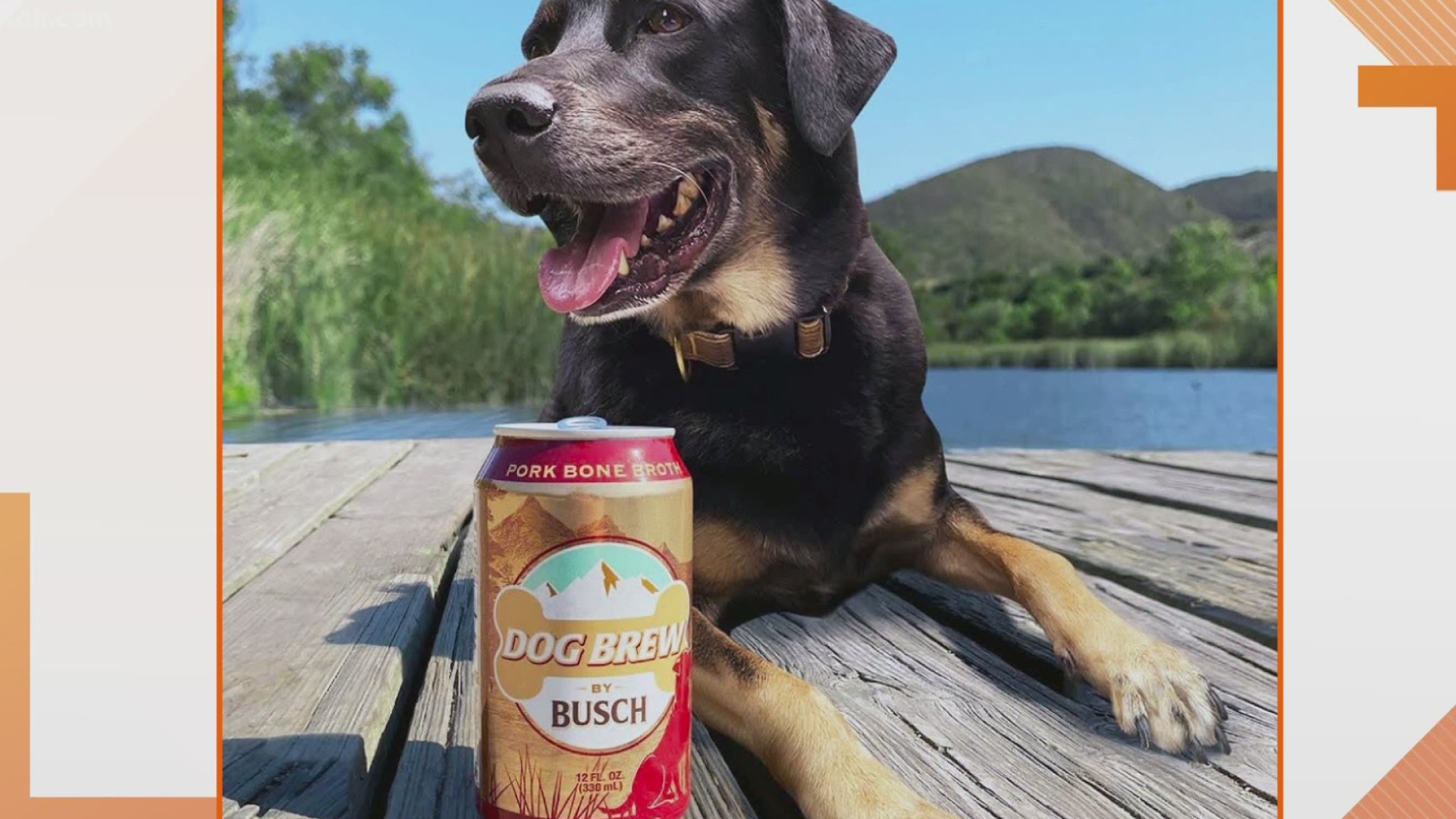 ST. LOUIS — The next photo you take of your dog could land your pooch a $20,000 pawfessional gig.

The alcohol-free bone broth brew gives dog owners the chance to “crack a cold one with their favorite companion.” The initial release was overwhelming with the first batch selling out in 24 hours, according to a news release from Busch.

As Dog Brew expands this year, Busch is also looking to expand its leadership team to include a “four-legged member with a discerning palate” – otherwise known as the chief tasting officer (CTO).

Busch is currently on the hunt for a full-time CTO, who will lead the expansion of Dog Brew’s flavor portfolio. The job also comes with big perks including a $20,000 salary, healthcare (pet) coverage and free Busch Dog Brew.

“The reaction to Busch Dog Brew’s release last year was so overwhelmingly positive that we knew we had a big challenge in Year 2 to keep the momentum going. So to expand the brand this year, we needed a true expert in the space on our team,” said Daniel Blake, Vice President of Value Brands at Anheuser-Busch. “We’re excited to give one qualified canine a real, paying job and to tap into their insider knowledge of our target consumer to expand Busch Dog Brew in 2021!”

The CTO’s responsibilities include taste-testing, quality control and fulfilling duties as an ambassador for the product and a featured content creator on Busch’s social channels. Qualifications for the position include a refined palate, outstanding sense of smell and, while not required, Busch said a proficiency in English would be “remarkable.”

Does your pup have what it takes to be the chief tasting officer? You can apply by posting a picture of your dog on social media along with their qualifications and #BuschCTOcontest. For more details on how to apply, visit Busch’s website. The contest ends at 1:59 p.m. EDT on April 28.

YOUR DOG could be hired as our Dog Brew Chief Tasting Officer w/ a $20K SALARY.

As our pawfessional taste-taster, they'll be the face of Busch Dog Brew.

Reply w/ your pup's pic & their qualifications w/ #BuschCTOcontest for their chance to get the job. pic.twitter.com/a9PGykWZGj