Dr. Joseph Krajekian offered $6,000 for the release of the dogs, but the hospital refused. 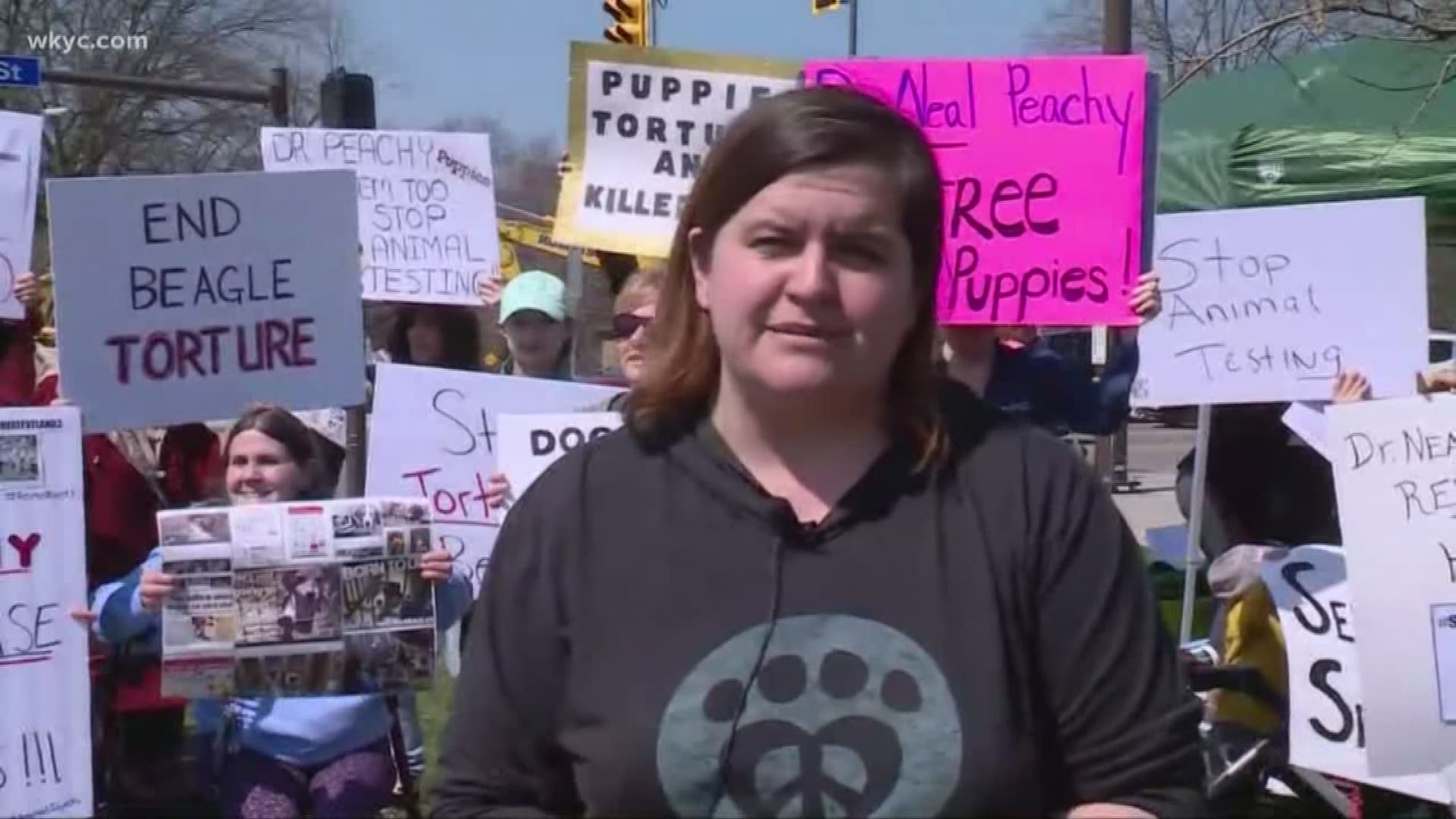 The animal activist organization Cleveland Animal Save rallied 65 protesters Saturday to put pressure on the Cleveland V-A to release three beagle puppies believed to be in their care.

According to the organization Cleveland Animal Save, the hospital is set to conduct tests on three beagle puppies, which the VA acknowledges involves seeing if "paralyzed patients [can] breathe without a ventilator, cough on their own and communicate with a stronger voice, leading to increased independence and significantly reducing respiratory infections and deaths." Cleveland Animal Save says these tests will involve the dogs having "their spines severed so that the researchers can test their cough reflexes," and that the three will be killed following completion of the experiments.

USA Today reported in 2018 the VA hopes these tests will produce results that may help veterans suffering from spinal cord or breathing problems.

Cleveland Animal Save co-founder Amy Stewart believes other methods, like virtual reality, should be used.

"There's VR headsets that are being used to learn how the inside of a human body works and 3D models and computer programs so there's so many different ways that already exist that people can do research to help humans without having to exploit the animals."

Stewart says local surgeon Dr. Joseph Krajekian has thus far offered $6,000 for the release of the dogs as well as the VA abandoning its current animal testing methods. She cited an e-mail from Dr. Krajekian stating the following:

"As you know there is going to be extensive media attention covering your usage of these 3 dogs. There is no doubt that this coverage will illicit more negative attention to a known broken VA system. As such, I would like to offer a solution that will repair potential damage to your tax funded research. I am offering to adopt these 3 dogs from you, without any media attention if you so choose, along with a $6,000.00 donation earmarked for the direct care and rehabilitation of Veterans. My only request would be that you consider disbanding your current usage of canines in your testing methods. In doing this, the VA can open up the door to positive media coverage and help reverse the public opinion that the VA is a corrupt governmental agency that has failed veterans in the past all over our country.

"This proposed solution is not mean to be a publicity stunt. My only intent is to have you reconsider the use of dogs in animal testing and offer the 3 dogs a chance at a long and healthy life. Perhaps one of these 3 dogs will one day serve a veteran as a companion or therapy animal. I ask that you consider my personal offer and 'Do No Harm'. We have evolved as medical professionals and no longer need to practice archaic and barbaric testing on animals that yield no significant results."

The hospital, however, turned down Dr. Krajekian's offer, and issued the following statement to WKYC:

"VA will continue conducting canine research, as it is absolutely necessary to better treat life-threatening health conditions in our Veterans.

"Canine research in Cleveland involving researchers from the U.S. Department of Veterans Affairs (VA) recently led to the development of a device that allows paralyzed patients to breathe without a ventilator, cough on their own and communicate with a stronger voice, leading to increased independence and significantly reducing respiratory infections and deaths.

"The next step is to translate this research to people with partial spinal cord injuries and other neuromuscular diseases such as multiple sclerosis and ALS to help improve the quality of life for the more than one million Americans and their loved ones affected by these diseases.

"This important advancement would not have been possible using computer simulations, test tube techniques, ‘organ on a chip’ technology or smaller animal species. VA has very few canine studies active at any one time, but some problems like this one can be addressed only with canine research, underscoring the importance of this kind of research in helping Veterans who have been severely injured on the battlefield.

"This latest medical breakthrough is another addition to 30 important VA canine studies that have benefited Veterans." 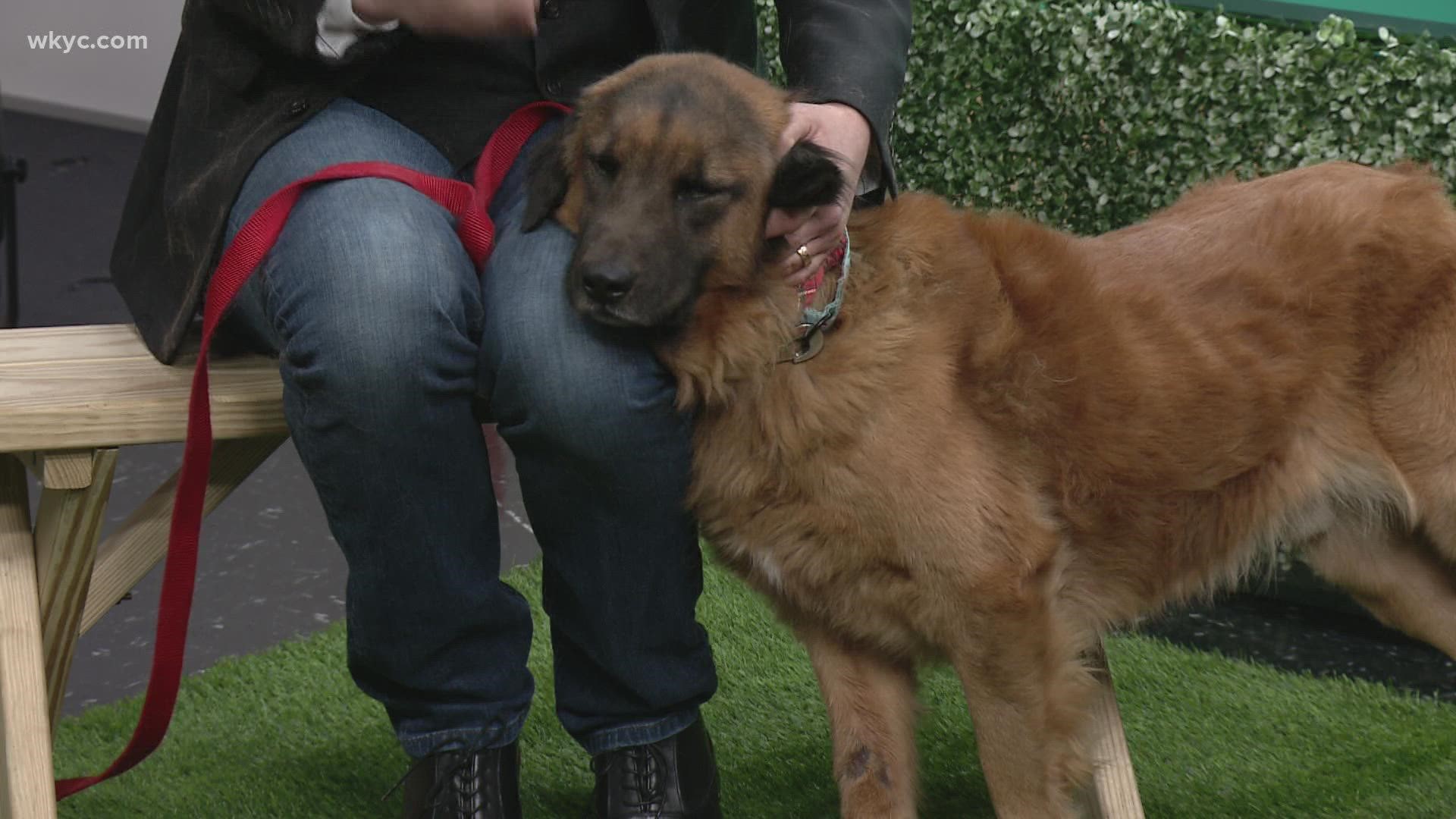