The two tiger cubs were born at the zoo in December. 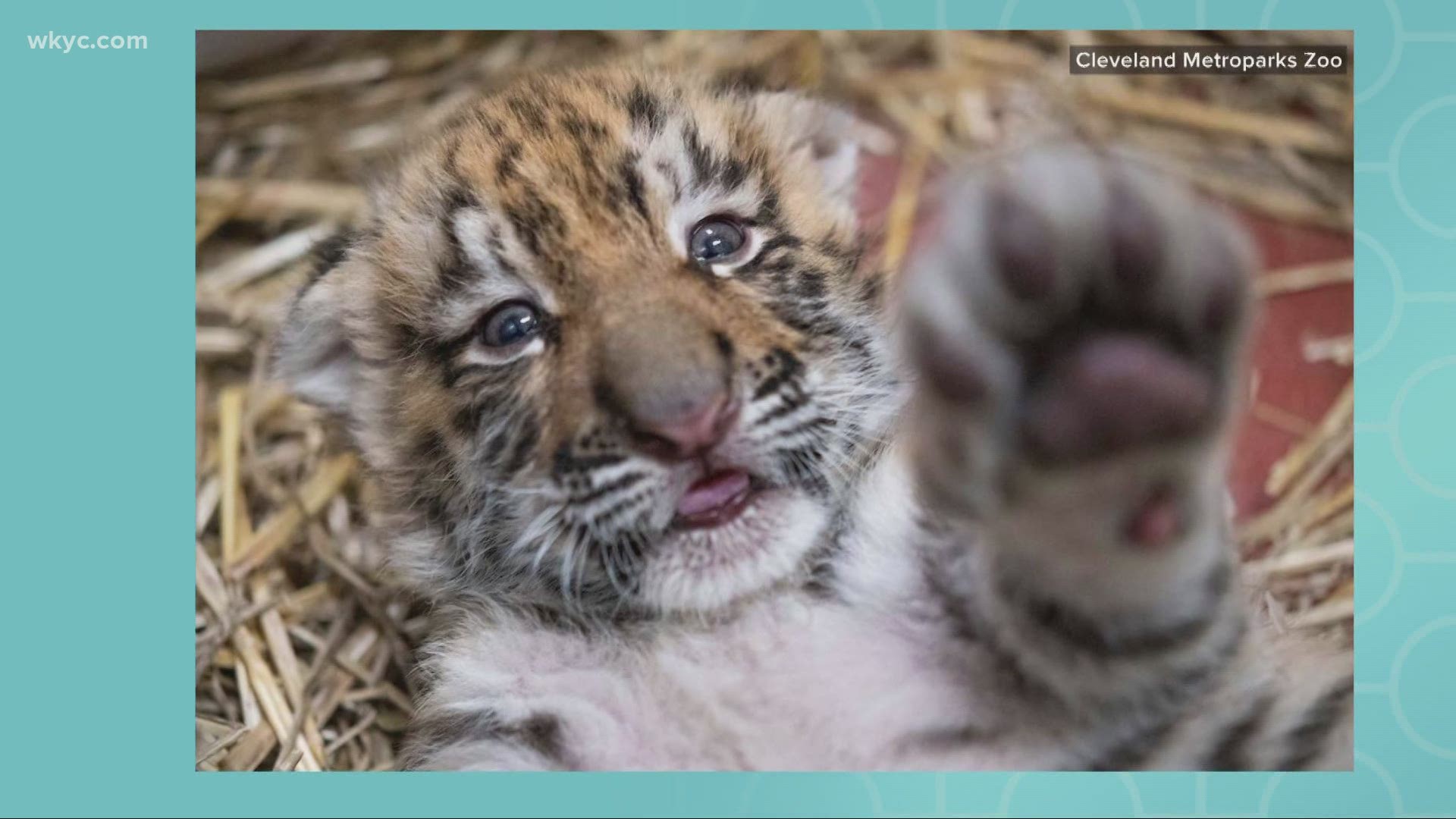 CLEVELAND — It's time to name them! The Cleveland Metroparks Zoo has announced a naming contest for the two Amur tiger cubs that were born in December 2020.

To vote on a name, all you have to do is click here and make a donation on the website, then make your selection. Each donation will help combat illegal wildlife trade, which has threatened Amur tigers and moved the species towards extinction. You can choose from three male names and three female names.

Both of the cubs are currently being cared for behind-the-scenes at the Zoo’s Sarah Allison Steffee Center for Zoological Medicine. Once they get a little bigger and gain some strength, they'll be out for the public to see alongside their parents.

“While tigers are solitary animals, mother tigers typically raise their young for their first two years. However, it is not uncommon for first-time mother tigers to become overwhelmed with this new life experience and the Zoo’s Animal Care team closely monitored all maternal behaviors following birth.

"After thorough observation, Zoya displayed minimal signs of maternal care, requiring the cubs to be raised separately with the help of Zoo veterinary and husbandry care experts.

“Over the past few weeks, the cubs have been bottle-fed five times a day and have been gaining weight as well as reaching developmental milestones including opening their eyes and beginning to walk,” zoo officials said in January. “Once they are a few months old, having gained adequate strength and fitness, they will make their home at the Zoo’s Rosebrough Tiger Passage.”

You can visit the cubs' mother, Zoya, and father, Hector, at the Zoo's Rosebrough Tiger Passage. They are out year round.

Amur tigers are endangered. Less than 500 are estimated to remain in the wild. Amur tigers live in far Eastern Russia and Northeastern China.