'The three cubs are being raised in a unique social group of two endangered subspecies of tigers.' 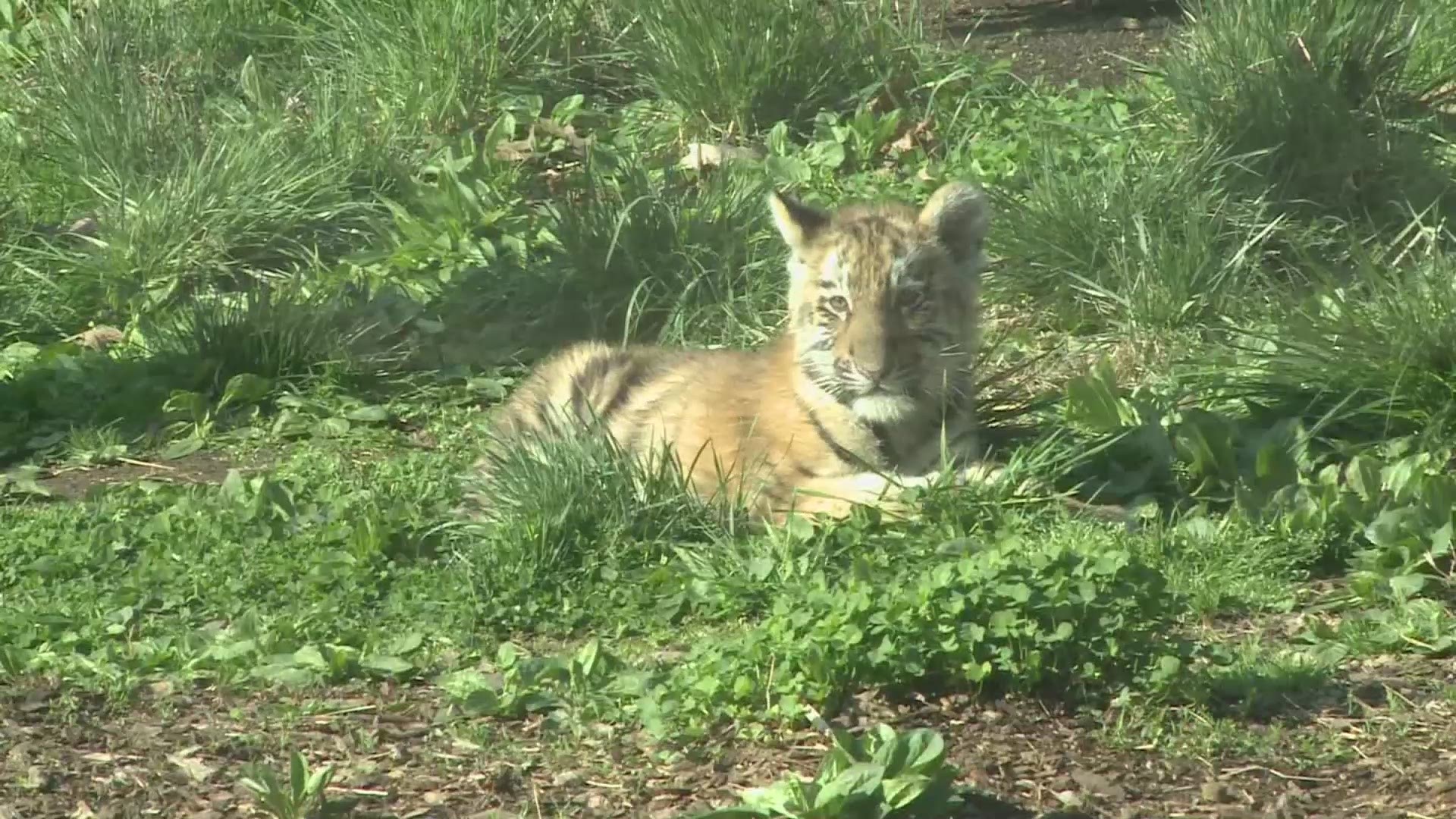 CLEVELAND — They're here! For the first time in more than 20 years, guests at the Cleveland Metroparks Zoo are able to visit with tiger cubs. That's right! The zoo's three new tiger cubs made their first public appearance in the Rosebrough Tiger Passage exhibit Wednesday morning.

We streamed nearly an hour of their debut at the Cleveland Zoo, which you can watch in the player below:

"The three cubs are being raised in a unique social group of two endangered subspecies of tigers," zoo officials said Wednesday. "Amur tiger cubs, Luka and Anya, were born here in Cleveland and Malayan tiger cub, Indrah, joined the pair from Tulsa Zoo after a recommendation from the Tiger Specials Survival Plan (SSP) Program."

Both Amur cubs were born overnight between Christmas Eve and Christmas Day, zoo officials announced back in January.

"Amur tigers are an endangered species and Malayan tigers have been deemed critically endangered by the International Union for Conservation of Nature (IUCN). Both Amur and Malayan tiger species are estimated to have only a few hundred animals remaining in their native regions."

So how can you tell the difference between the two types of tiger cubs? You can find out by watching the video in the player below: