Deer mating season is upon us, but you can make it out unscathed

A few tips to keep the damage to a minimum during rutting season. 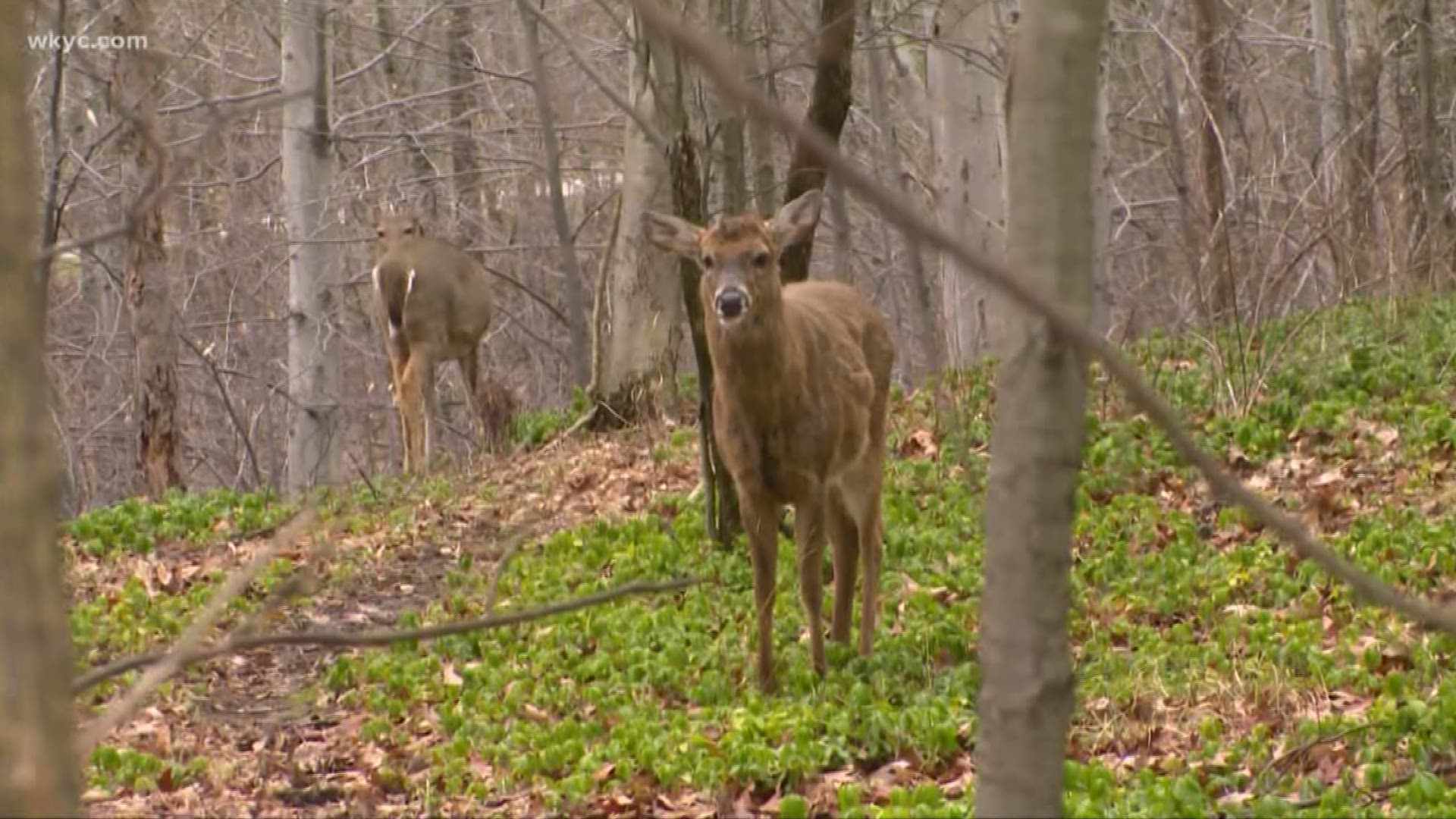 CLEVELAND — For the next two to four weeks, be on the lookout for deer.

November starts the deer mating season and that means you’ll see more of them wandering the wooded areas and roads.

“They're crossing roads all over the place,” Sgt. Adam Doles from Ohio State Highway Patrol said. “They're focus is not on you driving your car, it's more on who they’re going to meet.”

The likelihood of getting into a collision with a deer is around three times greater during November, according to data from insurance companies.

Drivers can do a few things to make sure the Christmas gift isn’t a new car.

“If you're entering an area where it's highly dense and populated with deer, you're going to want to be aware of that,” Sgt. Doles said. “Watch your speed so you're not speeding so that your reaction time will be much better.”

Typically dusk or dawn is the time drivers will see deer more often because they want to avoid human interaction.

Also remember if you see one, there’s probably more of them ahead and behind. Deer don’t like to travel alone.

The biggest debate, though, is whether to swerve or hit a deer head on when you don’t have a choice.

“If you're going to hit a deer, I would just go right through it, the minimal damage it will cause to your vehicle can be fixed,” Sgt. Doles said.

If you can stop, Ohio Department of Natural Resources recommends you do to avoid any damage to yourself or your vehicle.

“Using your brakes as much as you can and trying to come to as much of a stop before you potentially hit the deer is certainly one of the things that we recommend,” Matthew Madgar said.

Overall, it’s important to remember deer were here first and even in heavily populated areas, deer can make an appearance.

“They’re not going anywhere so you need to make sure that you're taking extra precaution when you're driving, especially at this time of year when deer activity is at its peak,” Madgar said.

Lastly, when it's safe, keep your high beams on so you can easily spot deer and know where they're hiding.

If you hit a deer, it is yours to keep as long as you're an Ohio citizen and obtain a receipt from an Ohio trooper or police officer.