'Big Boy' escaped from his farm, making his way into Jennifer Keathley's home in Sullivan Township on Friday. 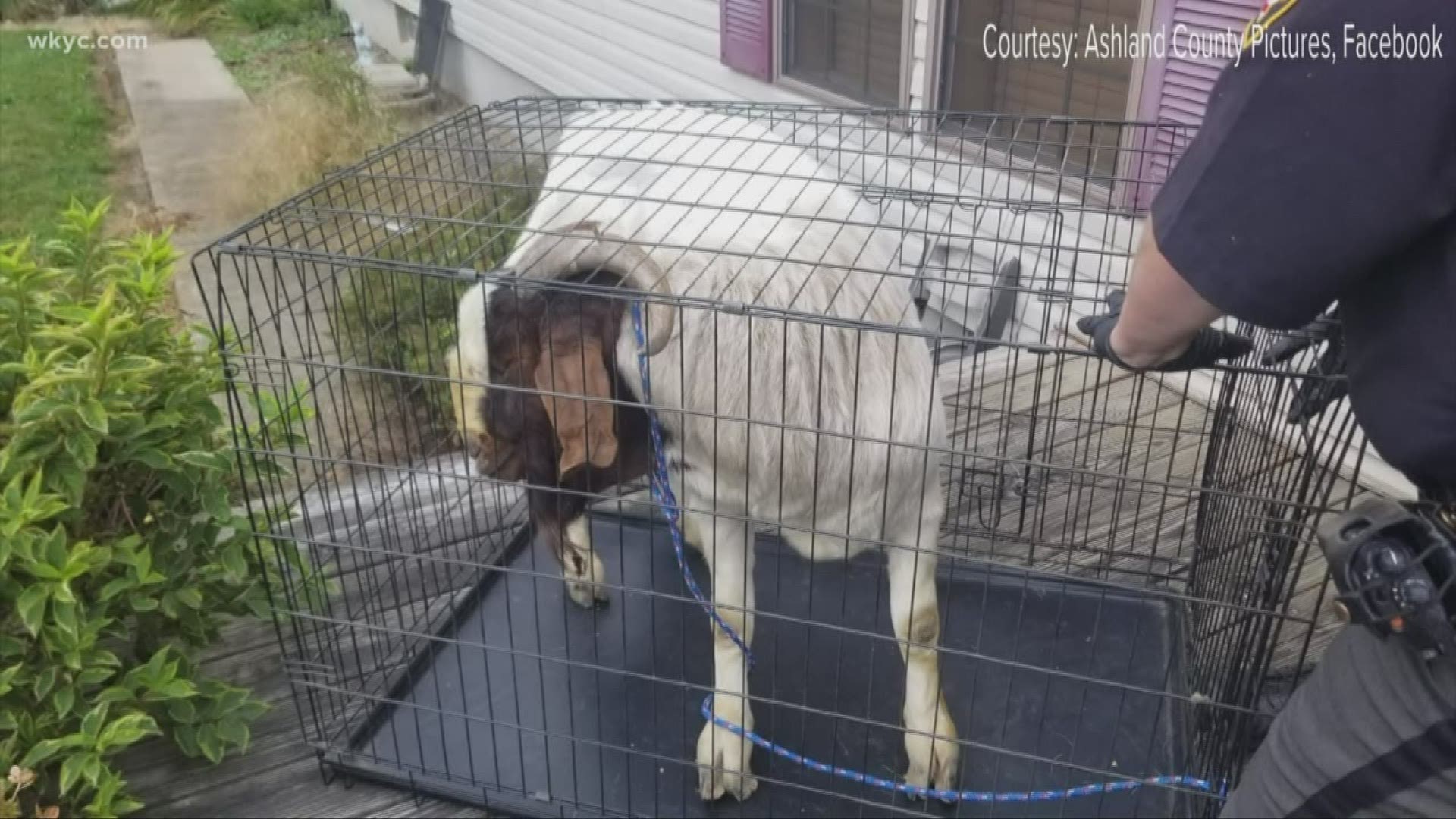 CLEVELAND (AP) — An Ohio homeowner never envisioned becoming semi-famous because of a goat butting its way into her home and taking a nap in her bathroom.

"This is the most random story in the world," Jennifer Keathley said Tuesday, breaking out into laughter.

The break-in happened Friday when an escaped male goat from a farm several miles away repeatedly butted against a sliding glass door, breaking into the Keathley family home in Ashland County's Sullivan Township.

According to the The Ashland Times-Gazette, Keathley's 18-year-old son, Logan, discovered the billy goat in the bathroom when he returned home Friday afternoon from school to find the family's agitated German Shepherd in the driveway, broken glass on the back porch and the house reeking.

Some of the break-in was recorded on the Keathley's home surveillance camera. 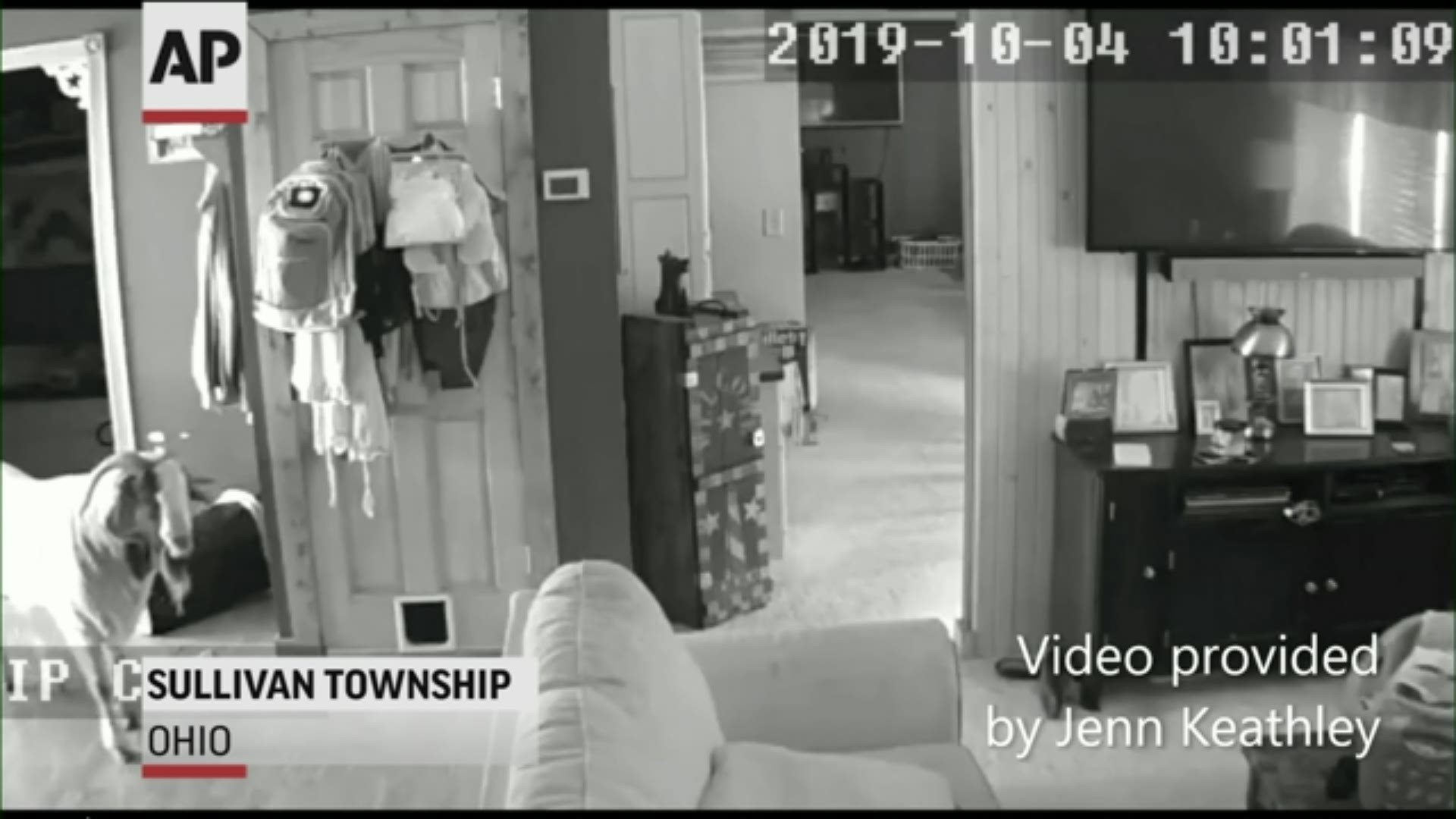 Two Ashland County Sheriff's deputies unsuccessfully tried to coax the goat, named Big Boy, out of the home with carrots, a dog bone and grass. They eventually grabbed him by the horns and dragged him outside where they secured him in a dog cage.

Keathley put a message out for a missing goat on a community Facebook page and received a reply with the owner's name and number. The apologetic owner arrived that evening and, with Keathley's husband's help, loaded him onto a livestock trailer for his ride home.

The Keathley's learned their home insurance policy covers damage from bears and deer but not goats. She said she's been in touch with the farmer's insurance company. Despite applications of carpet deodorant and urine neutralizer, she said the odor from Big Boy's urine still lingers.

Asked about her newfound fame, Keithley said: "There's all these awful stories in the world, people need this."