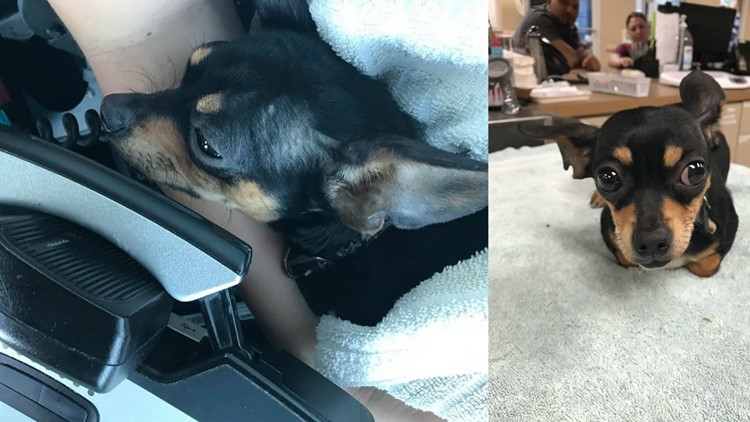 Deputy rescues dog after car hits it and leaves

BRANDON, Fla. — One pup is lucky to be alive after he was hit by a car.

A Hillsborough County deputy was flagged down to help save the chihuahua after the car that hit him on US 41 in Gibsonton drove off.

The dog does is not microchipped or had anything on his tag to let his rescuers know who his owner is, deputies said. Deputies are hoping somebody recognizes him so he can be home with his family.

Deputy Sanderson named him Todd—the name of her shift commander at the time the pup was rescued.

RELATED: Dog missing after crash reunited with his owner