Locals help to rescue dozens of endangered vultures in Parma

Wildlife rehabbers head to Parma to save nearly 50 vultures caught in heavy, wet snow while roosting 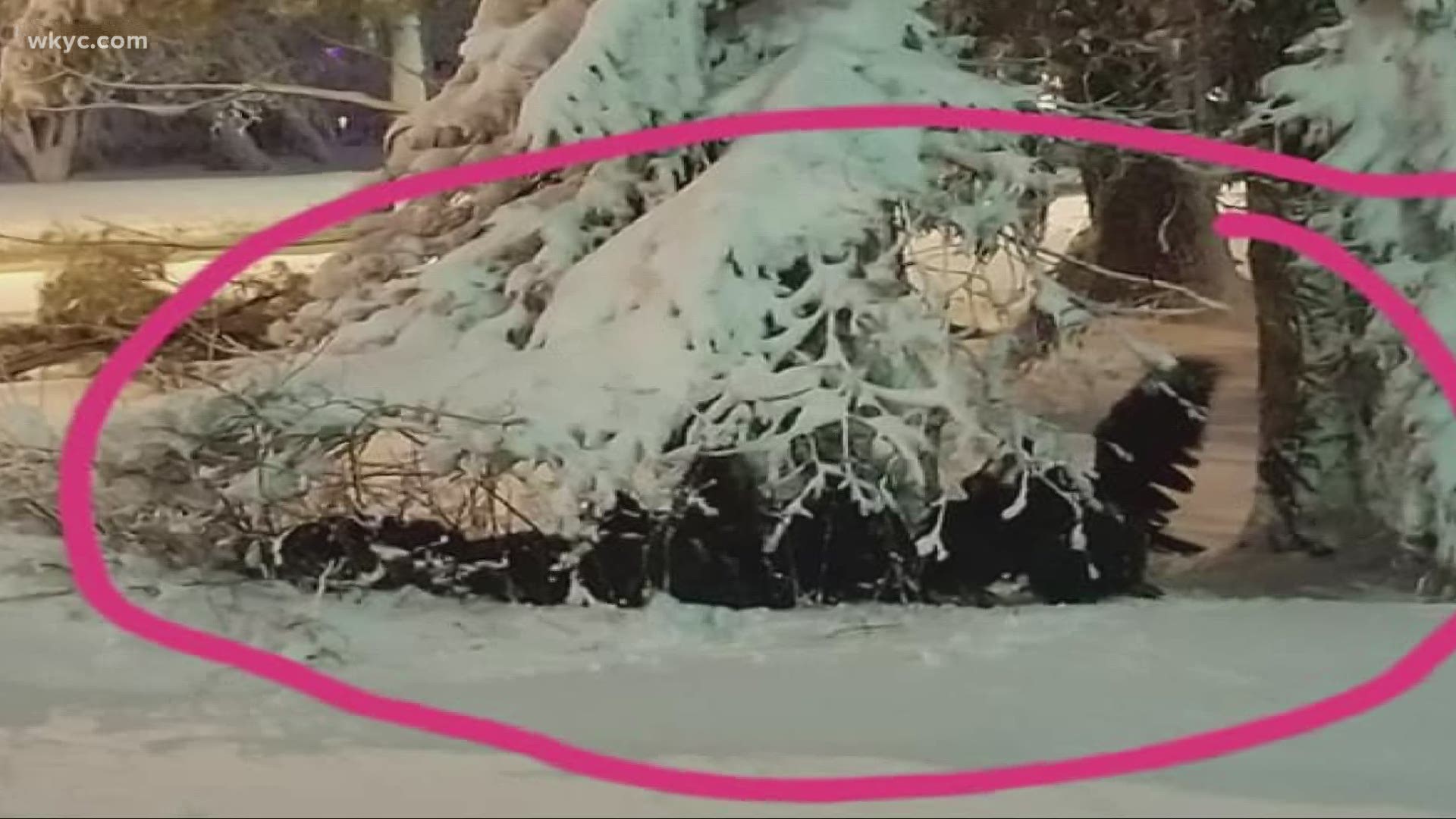 PARMA, Ohio — The winter storm that hammered Ohio, dumping several inches of heavy, wet snow on our area did a lot of damage earlier this week. There were road closures, power outages and hundreds of trees damaged.

In Parma, near the intersection of York Road and Schwab Drive, dozens of vultures, hiding from the storm, roosting in nearby pine trees felt the wrath of mother nature. The strong winds and heavy snow caused branches to brake and several of the birds tumbled to the ground.

Tim Jasinski, a wildlife rehab specialist with the Lake Erie Nature and Science Center received a call to provide help around 8:30 p.m. on Tuesday.

"It's something I'd never seen before. It was really cool because they all huddled together like penguins in the Antarctic," explained Jasinski.

But this is Parma! And these are vultures! Yes, the same kind folks celebrate every Spring in Hinckley.

According to Jasinski, the birds were everywhere and he counted nearly fifty of them. Despite, roosting communally in groups, the vultures were unable to help each other after the wet snow covered their feathers and temperatures began dropping overnight.

"The snow froze and overnight these birds couldn't fly so they were falling to the ground," and that's were the trouble began said Jasinski.

Haven fallen and being restricted to the ground, the nearly 50 turkey and black vultures did their best to keep warm, finding cover wherever they could.

Seeking advice, Jansinski reached out to the Medina Raptor Center who advised him to leave the birds huddled on the ground until the next morning in an effort to not cause additional stress to the animals.

At dawn, he returned with help from Metro Parks naturalist, Jen Brumfield and Kate McNeese. The group was shocked at what they found.

"Most of them were encased in ice their feathers were frozen together... When they left the roost, they went straight to the ground like a rock," they explained.

Some of the birds made it onto roofs, nearby swing sets and porches to thaw out in the sun. Others were so covered in ice and snow, they needed rescued.

The trio began the work to assist the frozen birds.

"We caught six or seven birds and got them in the back of Jen's hatchback and cranked the heat in there," they explained of the work done to rescue the birds.

After the birds warmed up in the vehicle, they were released.

When bad weather events like this happen, we sometimes focus on how it affects us, forgetting things in the nature. Thankfully, Tim and his helpers got the call and acted.

"Unfortunately, weather conditions were just a perfect storm for disaster for these guys."

Disaster was averted and all made it through safely. If we're lucky, maybe we'll see some of these magnificent birds soaring this Spring in Hinckley.

If you see wildlife that you think may be in trouble, please contact a professional at the Ohio Division of Wildlife or your local county Metro Parks Office.