Judging by the crowds of other happy zoo lovers today, there's no shortage of fun to be had! 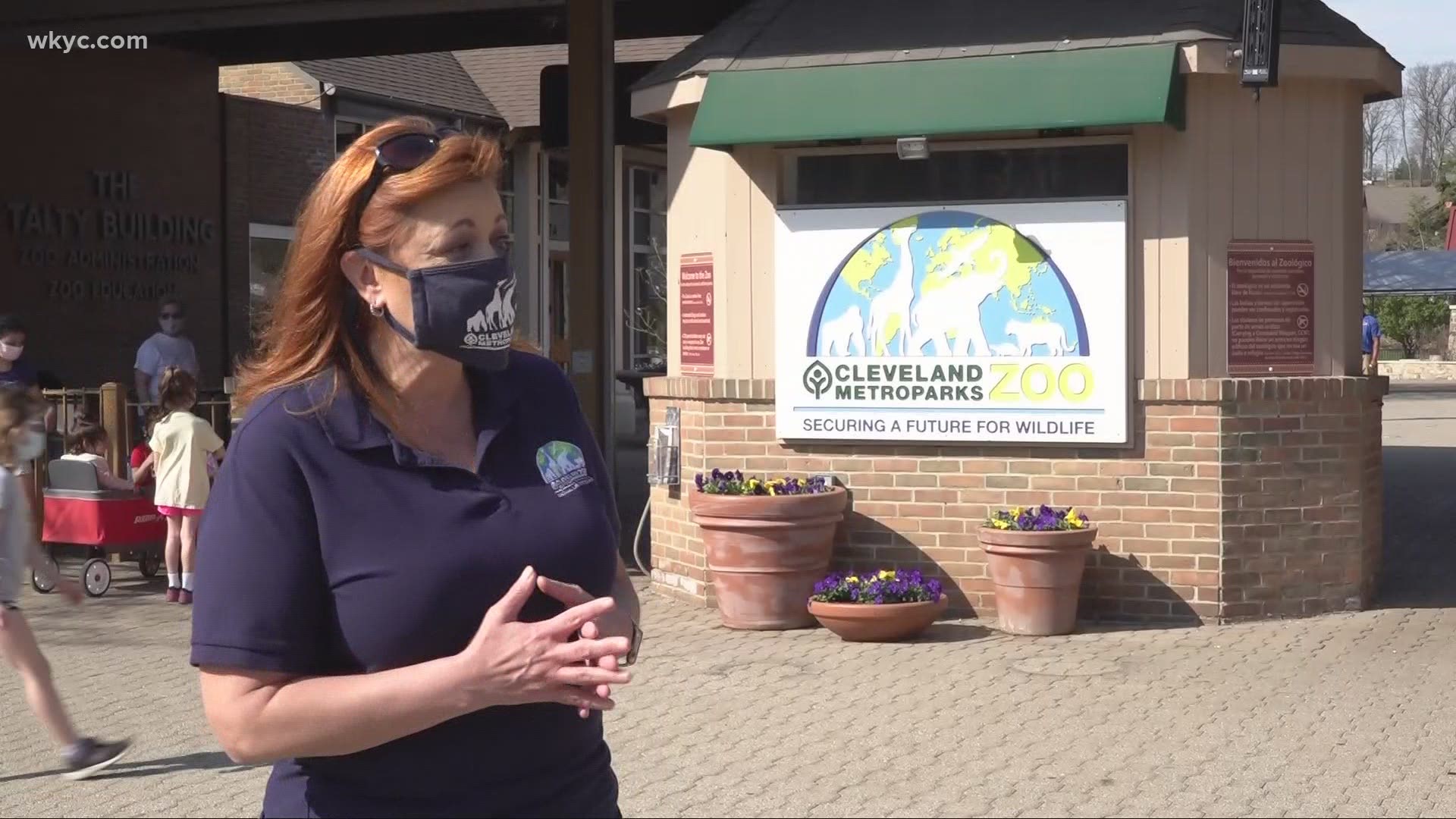 CLEVELAND — I’ve tried to make a conscious effort to spend some time at the zoo every year on April 8 ever since I found out yesterday that April 8 is "National Zoo Lovers Day."

Today, I kept that tradition alive by going to the zoo. The zoo rules.

In honor of NZLD (that’s what we hardcore ZLs call it, for short), here are 10 fascinating but true animal facts that I got from the National Geographic website, followed by 10 largely untrue facts about those facts that I mostly made up.

1. Seahorses are monogamous and mate for life

But that’s not such a big deal because they all look and act pretty much exactly the same, which demotivates potential philandering.

2. Most elephants weigh less than the tongue of a blue whale

This is why many elephants always prefer to be photographed next to the open mouth of blue whales in order to make themselves look skinnier.

3. All clownfish are born male, and will only change sex to become a dominant female

4. Baby giraffes can stand within half an hour of birth

Scientists believe they are especially motivated by shame, because giraffes look so ridiculous lying on the ground and they know it. Seriously, picture it. It’s complete nonsense!

5. All polar bears are left-handed, or rather, left-pawed

This is why they are widely considered to be the most predictable boxers in the Arctic.

6. Sea otters like to hold each other’s paws when sleeping so they don’t drift apart.

Whimsical people often attribute romantic motivation to this act, but in reality it is nothing more that a pragmatic survival tactic.

7. The name 'jaguar' comes from a Native American word meaning 'he who kills with one leap'

Unless you're referring to the car, in which case the Native American translation becomes "he who is recently-divorced and trying to fill an emotional void."

8. Rats laugh when they are tickled and during playtime

But to be fair, they also loved all of the American Pie sequels, so it's not like they're the most sophisticated comedy fans.

9. Cows have very complex friendships, and when they are isolated from their companions, they experience separation anxiety

10. When anacondas mate, several competing males can form a ball around a female in a ritual that can last up to a month.

Hey, we've all been there. I can't throw stones.

Deputy Executive Director Andi Kornak was kind enough to chat with me today about all of the exciting attractions and activities the Zoo is offering, including the recently reopened RainForest, the newest habitat Daniel Malz Rhino Reserve, and yes, the Rosebrough Tiger Passage (but FYI, you can't see those cute tiger cubs just yet, though Andi assures me they'll be stars very soon).

RELATED: Looking for a job? Cleveland Metroparks hiring 1,000+ seasonal employees: How to apply

In case you're curious about COVID-19 safety protocols, the Cleveland Metroparks Zoo continues to operate with limited capacity. Facial coverings are required for all guests age 6 and up unless you have an underlying condition. Some exhibit areas are operating with one-way directional flow.

But judging by the crowds of other happy zoo lovers today, there's no shortage of fun to be had!