Dr. Nicki Rosenhagen, lead PAWS Wildlife Veterinarian, talks about their newest patients and what you should do if you encounter wildlife in need. #newdaynw 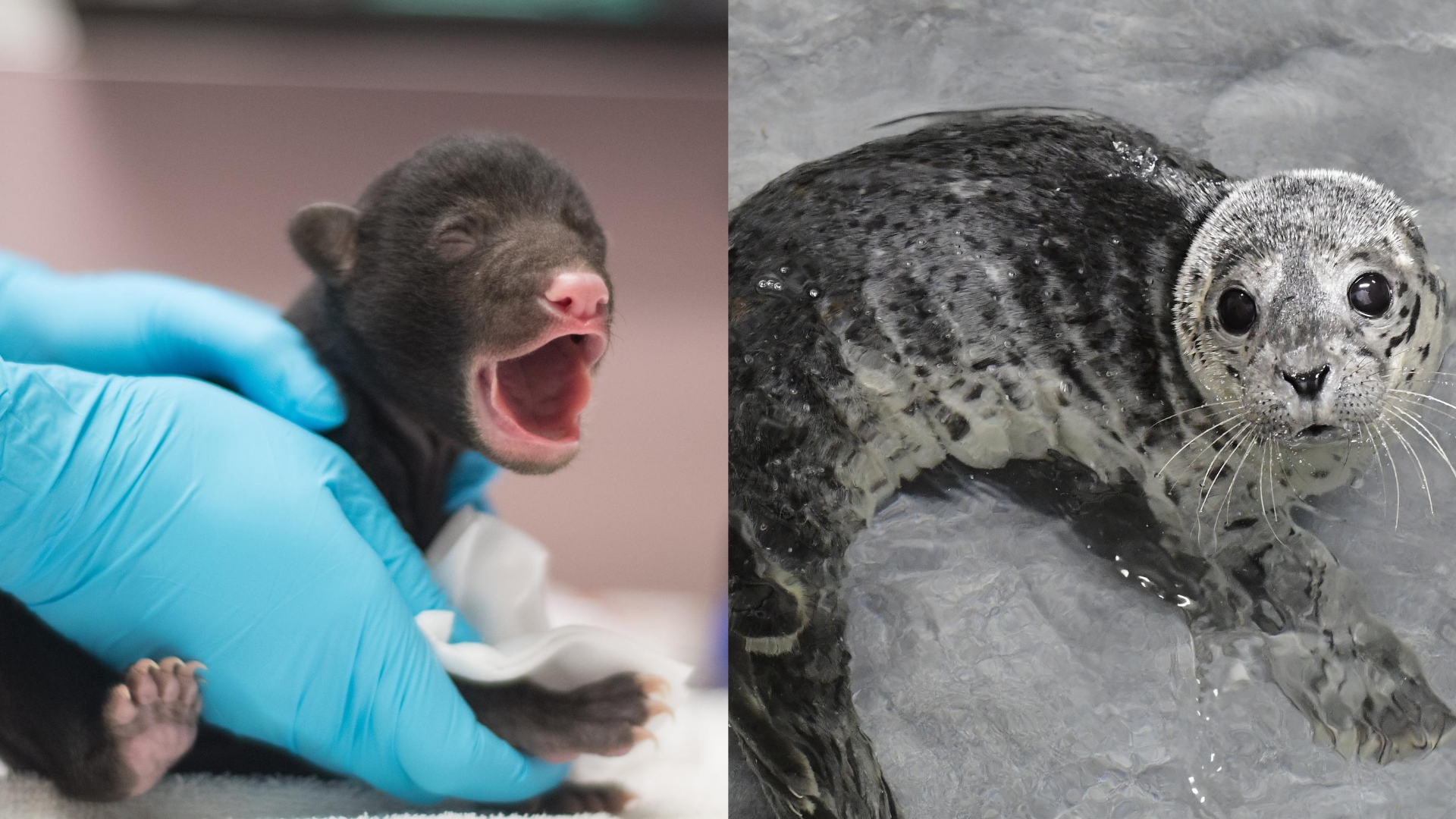 SEATTLE — It's baby animal season at PAWS Wildlife Center! PAWS receives 70 percent of the year's intake of wildlife between April and September. In this interview, Dr. Nicki Rosenhagen tells us about the orphaned Harbor Seals & American Black Bears that the PAWS team is caring for right now

About PAWS: The PAWS Wildlife Center in Lynnwood has been around since 1989. It grew out of a need. PAWS was established in 1967 as a shelter and soon people started bringing injured and orphaned wild animals to us. PAWS Wildlife Center operates an emergency hospital and specialized recovery facilities designed to rehabilitate sick, injured and orphaned wildlife, restore them to full health, and return them as functioning members of their wild population. Their on-site rehabilitation and veterinary teams provide expert care for more than 260 species of mammals, birds, amphibians, and reptiles. PAWS is the only permitted facility in Washington State to rehabilitate both American Black Bears and Harbor Seals.

Want to help support PAWS? PAWS was selected as the beneficiary of a national competition called America’s Favorite Pet. Members of the public are invited to cast votes online for a $1/vote to crown America's Favorite Dog and America's Favorite Cat. The winners take home a grand prize of $5,000 and a feature in Dogster or Catster Magazine. The voting runs through October 8. The best part is that 25 percent of the voting revenue goes to PAWS!