Putting kids to the test: Will they answer the door for strangers when they're alone?

Children are put to the test when their parents aren't home. 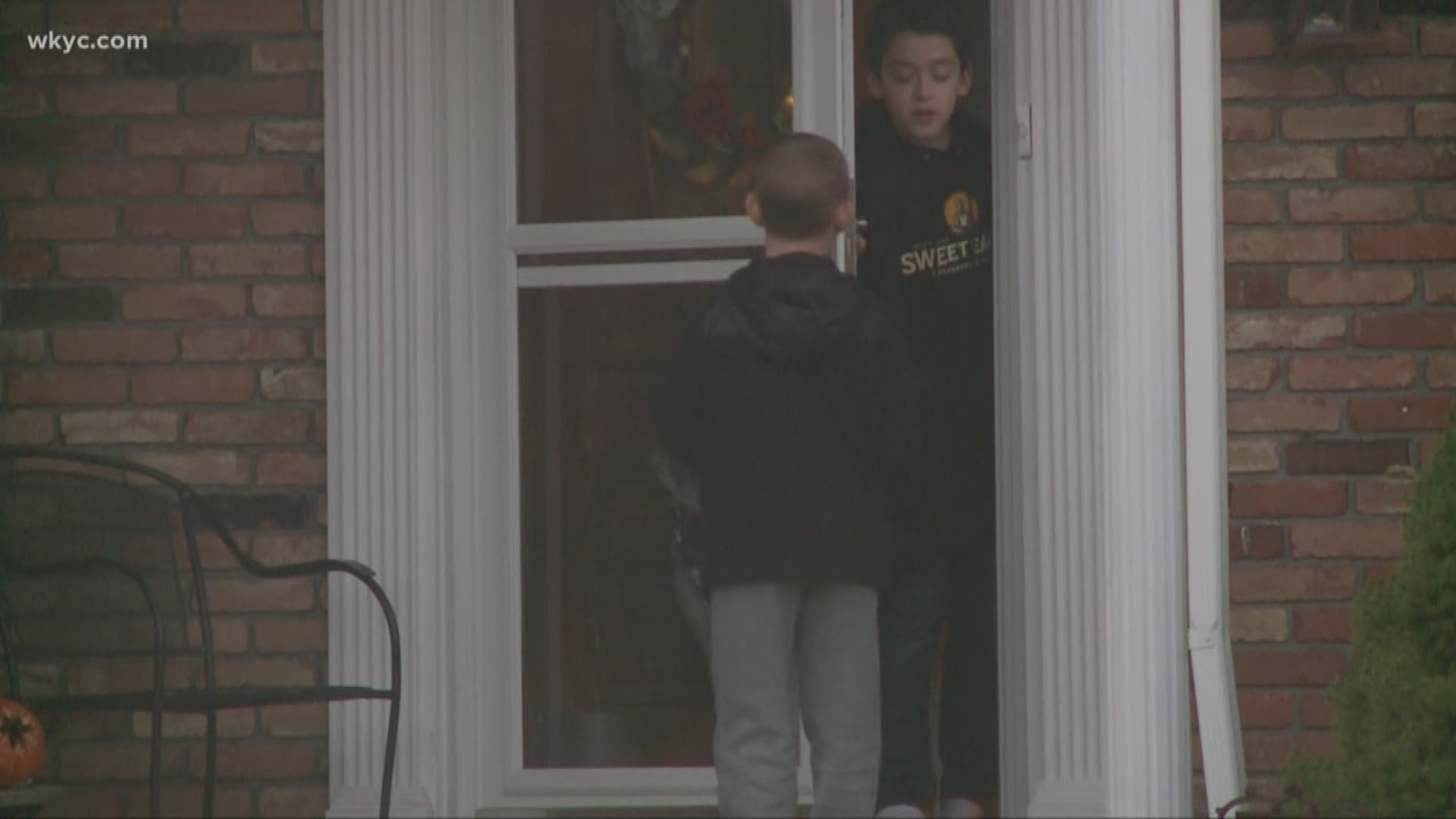 CLEVELAND — Parents are always telling their kids what to do, but how do we know they’re listening?

If they are not, is there a way to get through to them? We teamed up with three parents to put three sets of kids to the test.

Our parent volunteers told their children they were running out real quick, and reminded them of the house rules when they’re left alone. However, the parents didn’t go too far. Instead, they were sitting in a car right outside watching, as we sent a fake delivery driver followed by a kid to the house to see what the kids would do.

How nervous were the parents?

“Very,” says Hilary Killeen, as she waits to see how her 10-year-old son, Brady will react.

“A little bit, I really don’t know what they’re going to do,” states Ralph Zappola as he watches the fake delivery driver approach the house with his two sons, 10 and 7 years old, inside.

“I don’t think they’re going to answer,” says Hilary, while the fake delivery driver knocks on her door. After knocking a few more times, our driver walks away and Hilary receives a phone call.

”So there’s this guy at our front door and I’m not going by the front door at all,” says her child. Hilary responds with smile and praise, and our kid knocker is greeted with the same silence inside the house. After the test, I asked her son Brady, why his mom’s rule about not answering the door sank in.

“If you, like, just tell them that they can come in and we don’t know who it is, they can maybe do something bad,” explains Brady.

Ralph saw similar results at his house, with our fake delivery driver and kid, both left out in the cold. However, instead of a phone call, he received a text message from his two boys. “There’s someone at our door, but now he’s gone,” Ralph reads aloud from his phone. Afterwards, I asked Tyler why he didn't even think about answering the door.

“Because, you never know if something bad is going to happen,” he states.

Kelly’s son Jake, however, let his curiosity get the best of him, answering for the man with the package and the kid.

“I’m disappointed, but this is a huge teaching moment,” says Kelly.

When I spoke with Jake afterwards, he explained that emotion trumped reason when someone came to the door and that’s what a lot of parents will find.

Child psychologists say whether or not a child listens is based on numerous factors, like the development of the child and the relationship with the caretaker, but science can be working against you.

The child psychologists I spoke with also say that repeated blanket statements, such as, “Don’t answer the door,” don’t work as well as an explanation.

Dr Luis Felipe Amunategui, a psychologist and the training director for the Psychology Education Program at University Hospitals, says, “You have about three seconds before you sound like Charlie Brown’s teacher and not even one if it’s a rerun.” They say, it’s much better to walk children though scenario and explain why you’re telling them to do what you’re asking. “We really have to work through the problem solving for the child,” says Dr. Mudd.

Back at the Ostroski house, 10-year-old Jake confirms what the psychologists said. “I think if they gave you a real-life scenario, it would seem more realistic to my brain and it’ll make me remember that,” says Jake. When I asked if he would answer the door for a stranger from now on, he said, “No, not when my parents aren’t home, no.”

RELATED: Millennials plan ahead for parenting by freezing eggs