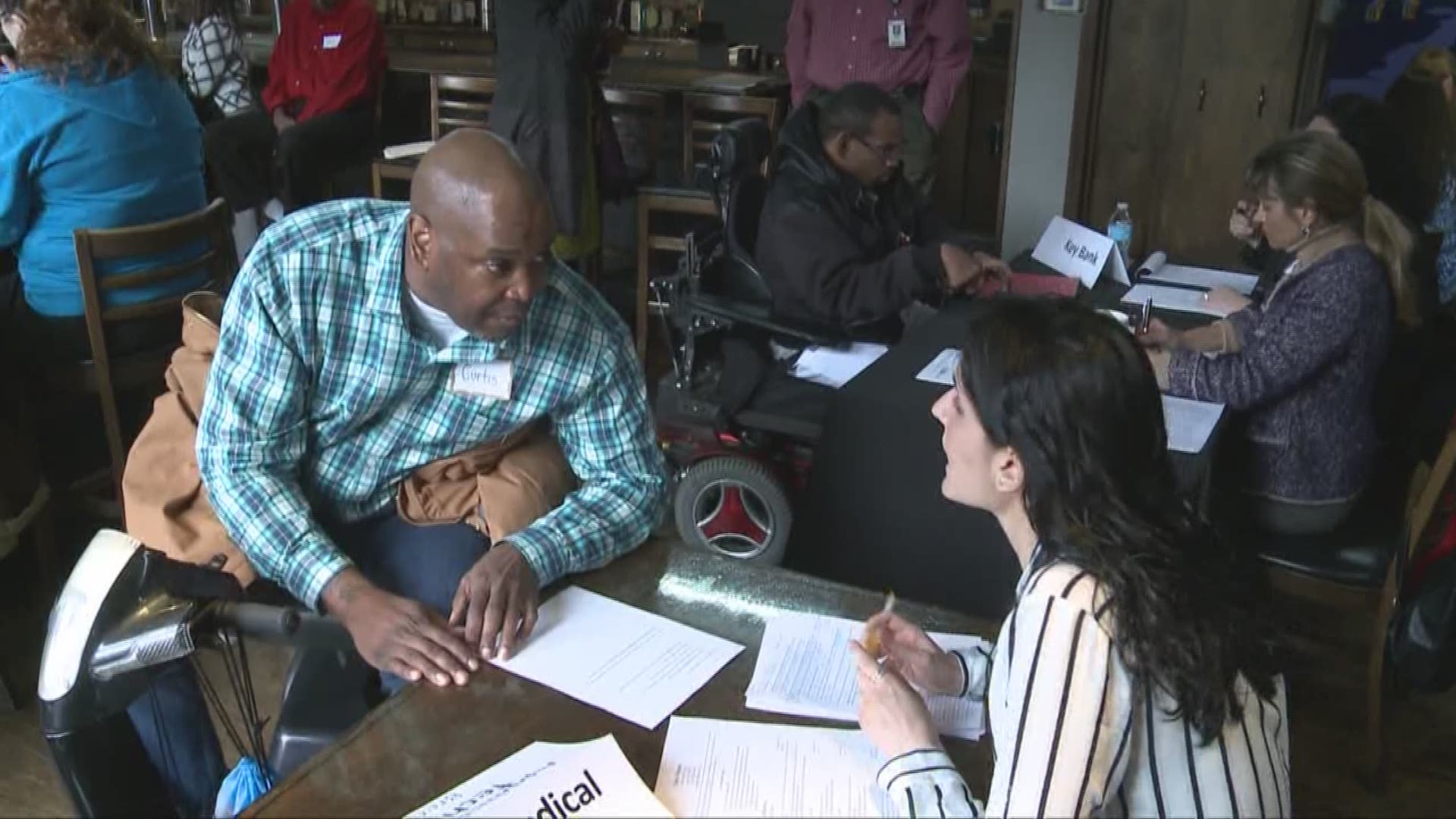 Companies like Home Depot and Hyland Software were hoping to make a good match and fill entry level positions. The job seekers at this event were unique and what they have to offer is, as well.

It’s estimated that more than 1,000 people with disabilities in Cuyahoga County are actively seeking employment.

“They love to come to work. They’re there every day. They stay in jobs a lot longer than people without disabilities. So for businesses looking for candidates and applicants, the individuals that we support are great fits for them,” said Jared Daly with the Cuyahoga County Board of Developmental Disabilities. They organized the event.

All of that has proven true at the Planet Fitness in Richmond Heights. Tony Silvas hired Ray Timm after meeting him at a hiring event, last year. Ray has Down Syndrome.

Ray has several duties including checking members in and keeping the place clean. He takes his job very seriously.

“I’ll ask him to check around and he’ll check here, there and then some. Up, under, left, right, top bottom, everything,” Silvas told us.

Members have taken to Ray well, chatting with him as he walks around the gym.

Ray gets some perks, too. He works out for free after his shift ends.

“He’s here for six hours and he works all six hours,” said Silvas. “Everyone feeds off that and it’s bigger than what he knows.”

The Board of Developmental Disabilities holds about four jobs fairs every year. They plan to organize two more in 2017. They’d love for more businesses to get involved.