Could a Canton 'miracle worker' become a canonized saint?

The push for Rhoda Wise's sainthood stems from a tale of miracles and healing. 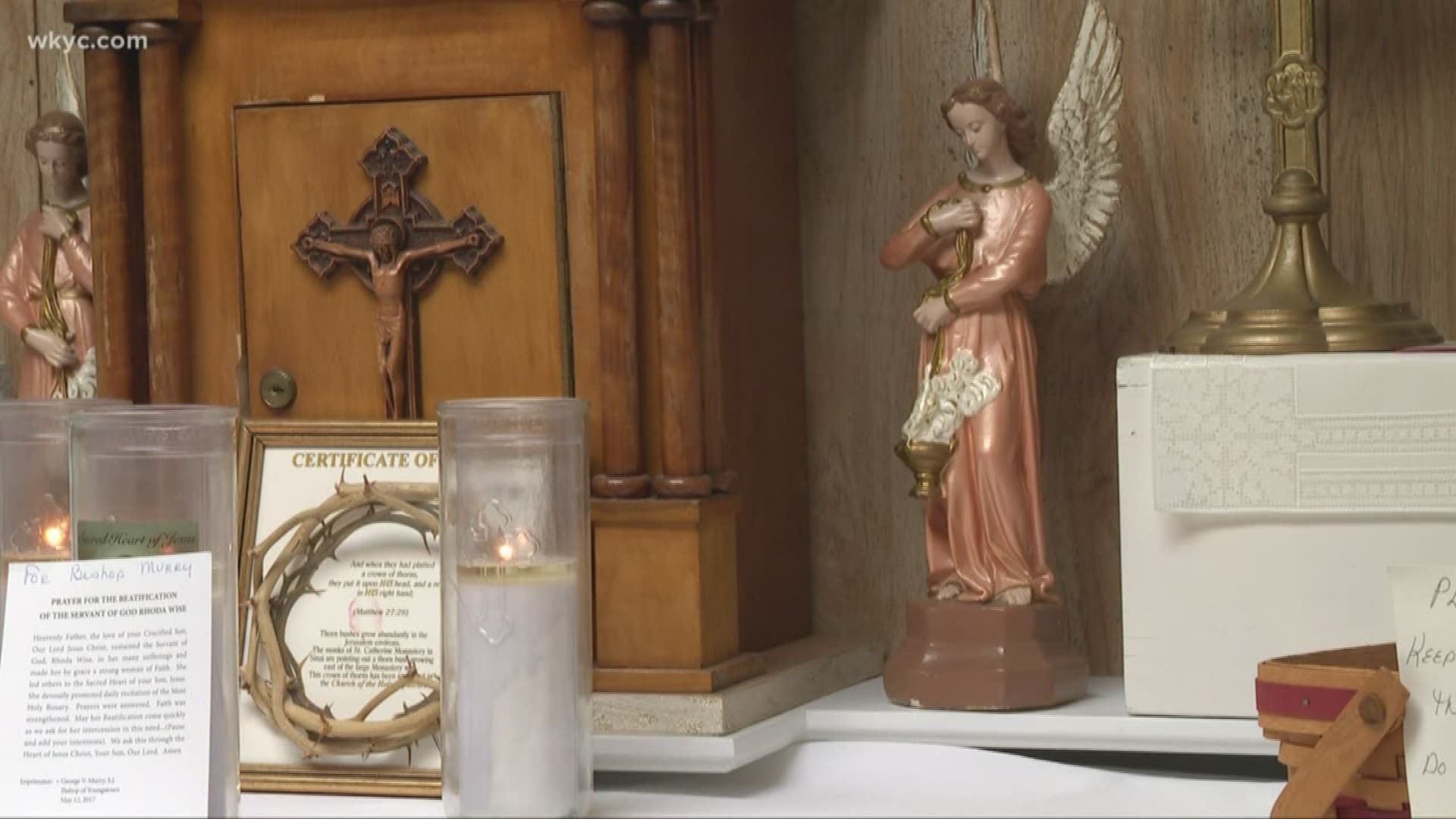 CANTON, Ohio — She was said to be a miracle worker, a healer, even a saint. And soon, the Vatican could be canonizing a woman from Canton.

Rhoda Wise lived on the outskirts of Canton in the first half of the last century. And she knew pain. The wife of an alcoholic, Wise had developed a 39-pound tumor in her stomach when she was in her 50s. In 1939, doctors removed that tumor, but Rhoda went on to suffer from even more problems.

Karen Sigler, who has written a book on Wise’s life, says the tumor left a hole in the woman’s abdomen that wouldn’t heal, so she was sent home to her Canton home to die.

Instead, as the story goes, Wise awoke one night to a light.

“And when she turned to see what it was, Jesus was sitting in a chair by her bed. And she wasn’t surprised. She just said, 'Have you come for me?' And he said, 'No. I’ll be back in 31 days,'” Sigler said.

As the story goes, Jesus returned, and Rhoda’s abdomen was completely cured. So was her bad foot. And soon, her husband was transformed too.

“That’s what used to be what Rhoda said was the greatest miracle our Lord worked for,” Sigler said as the woman’s husband stopped drinking.

The story doesn’t end there.

The stigmata came next – wounds corresponding with the crucifixion.

“She bled from her hands, her feet and her forehead. Her forehead profusely,” Sigler said. A photo displayed in Wise’s home graphically shows the bleeding.

“There was even someone who came in the house and tried to stick pencils in the wounds in her hands, trying to prove this was set up,” Sigler said.

And then, there was another guest, one Rhoda would mentor. She was a young woman named Rita Rizzo, who came with pain so bad it kept her from eating for years. A nun was also healed.

“Her life was changed through Rhoda. It was a complete turning point in her life. She said after that happened, ‘All I wanted to do was give my life to Jesus Christ,’” according to Barbara Gaskell of the St. Raphael Center.

Rizzo went on to become Mother Anjelica, founder of EWTN, the global Catholic news agency that reaches hundreds of millions of people.

Today, both Mother Angelica and Rhoda Wise are being investigated by the Vatican for sainthood. They're well on their way.

There are very few American-born saints, let alone two from the same place.

“I’m so excited that there could be two canonized saints from Canton, Ohio. I think when that happens, people will come from all over the world,” Gaskell said.

Thousands have visited Wise’s home, known in circles as the ‘miracle house’ in Canton.

Believers attribute fertility, healings and freedom from pain to their time in Wise’s home. They believe miracles are real, and that saints still walk among us and that there are some things we may never fully understand. 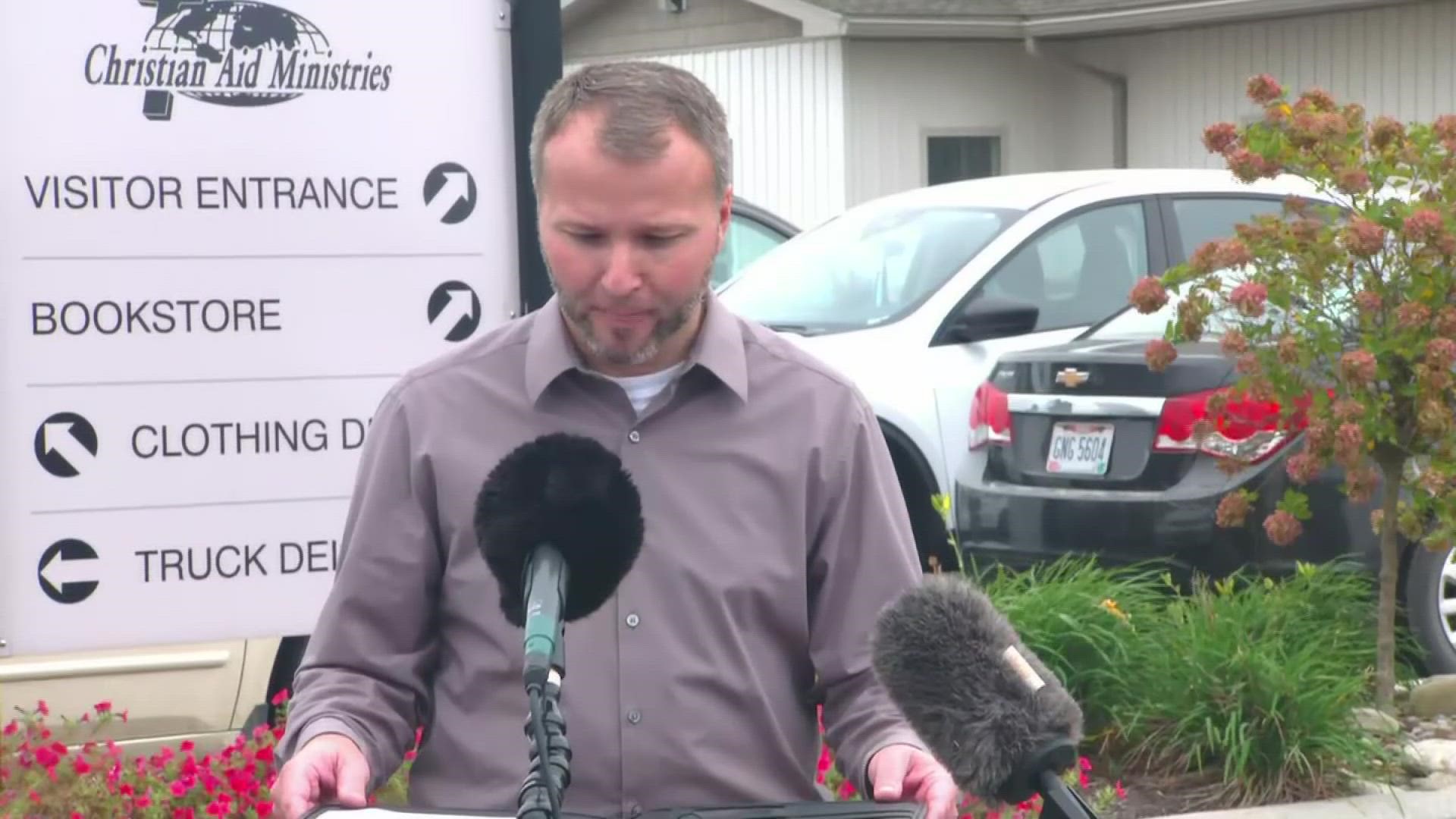