The 58-year-old Perez served in Northeast Ohio for more than two years. Pope Francis has not yet named his successor. 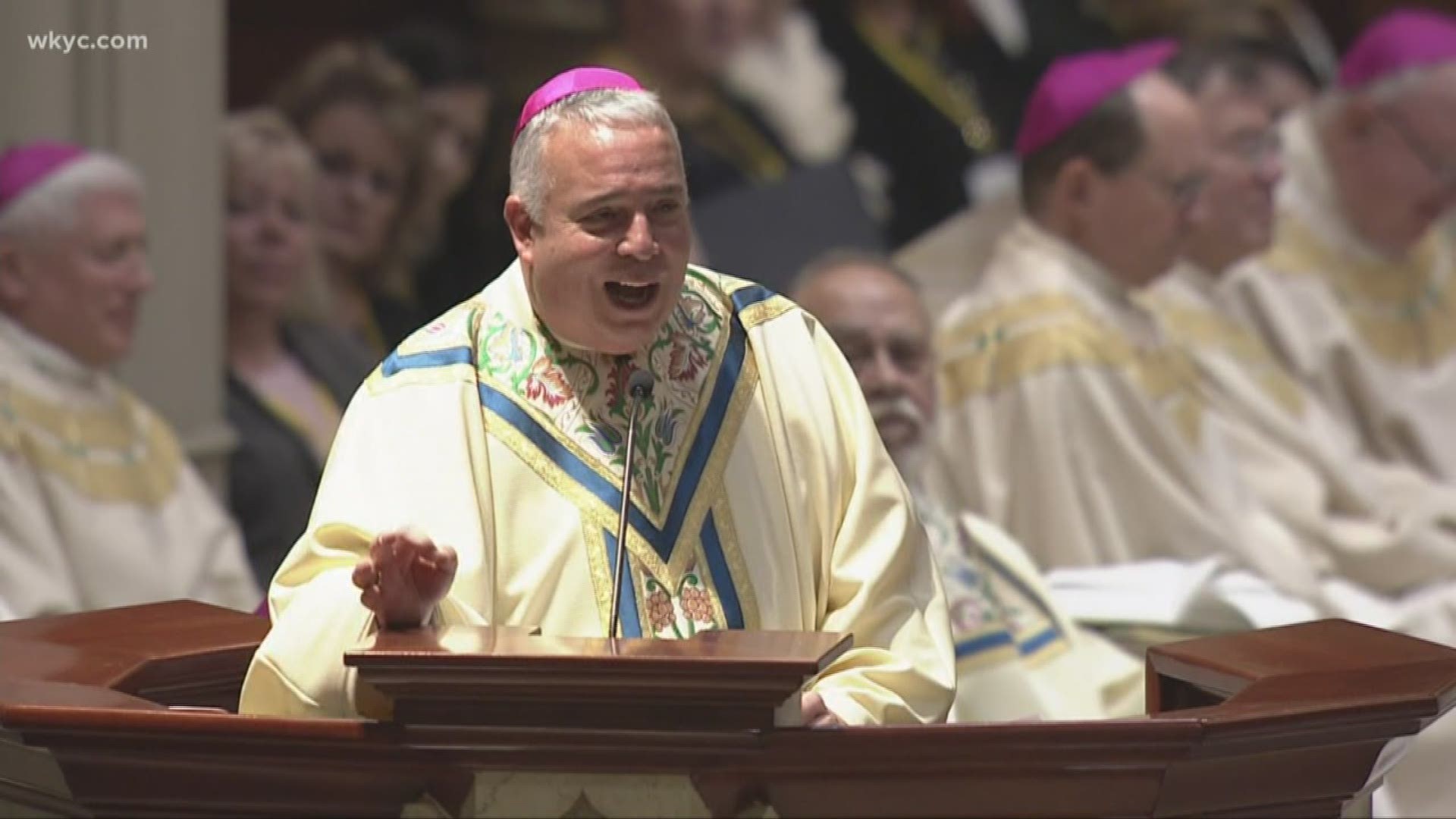 PHILADELPHIA — Roman Catholic Bishop of Cleveland Nelson J. Perez has been called to serve as the new Archbishop of Philadelphia.

The archdiocese confirmed the news early Thursday morning. Perez will succeed Archbishop Charles J. Chaput, who is retiring after more than eight years in the position.

Bishop Perez issued the following statement shortly after the announcement was made:

"I am deeply grateful to the Holy Father for this appointment and his confidence in me. It is with great joy tinged with a sense of sadness that I accept the appointment: Joy that I will be returning to serve the archdiocese in which I was ordained to the priesthood, where I served as the pastor of two parishes and where I held several leadership positions within the archdiocese, and sadness that I will be leaving an area and the incredible people in Northeast Ohio I have come to love deeply. I will never forget the kindness and hospitality of the people of the Diocese of Cleveland. They will remain in my heart and prayers always. As change is an ever-present part of life, I now turn my attention southeastward as I look forward to my return to Pennsylvania to shepherd the people of the Archdiocese of Philadelphia."

Perez will remain with the Diocese of Cleveland until he's officially installed as the Archbishop in Philadelphia on Feb. 18. It is unknown when Pope Francis will name Perez's replacement in Cleveland.

Along with the entire Catholic Church, Philadelphia was hit particularly hard by the abuse scandal: A Grand Jury investigation concluded former Archbishops John Cardinal Krol (a previous auxiliary bishop in Cleveland) and Anthony Cardinal Bevilacqua shielded dozens of pedophile priests from potential discipline, and Justin Cardinal Rigali (Chaput's immediate predecessor) was also alleged to have mishandled investigations. Thanks, in-part, to the wrongdoings in Philadelphia and across the state, Gov. Tom Wolfe signed legislation last year that eliminates Pennsylvania's criminal statue of limitations for child sexual abuse.

The 58-year-old Perez was born in Miami and grew up in New York City, but studied for the priesthood at Philly's St. Charles Borromeo Seminary and was a parish priest in the archdiocese for over two decades. His new appointment could also hold significant power, as every Philadelphia Archbishop since 1918 except for Chaput has been named a Cardinal by the Vatican.

At times appearing humbled and emotional, Perez thanked Chaput for his "courage" in leading the archdiocese through difficult times. Chaput has been seen as much more conservative compared to Perez, and some see that as a reason why the pope did not make him a cardinal.

"I'm concerned of the shoes that I have to fill," Perez said. "[Archbishop Chaput]'s been my brother bishop and my mentor and my friend for a long time."

Perez's new job makes him the first Cleveland Bishop to receive a "promotion" since James Aloysius Hickey, who in 1980 was appointed Archbishop of Washington and was made a Cardinal eight years later.

"Needless to say, I am sad to leave the people of Cleveland," Perez said. "They were so, so good to me, and I made great friends, and I'll always have them here in my heart."

'YOU WILL BE MISSED': Clevelanders send best wishes to Bishop Nelson Perez as he prepares to leave for Philadelphia