Lennon was the 10th leader of the diocese 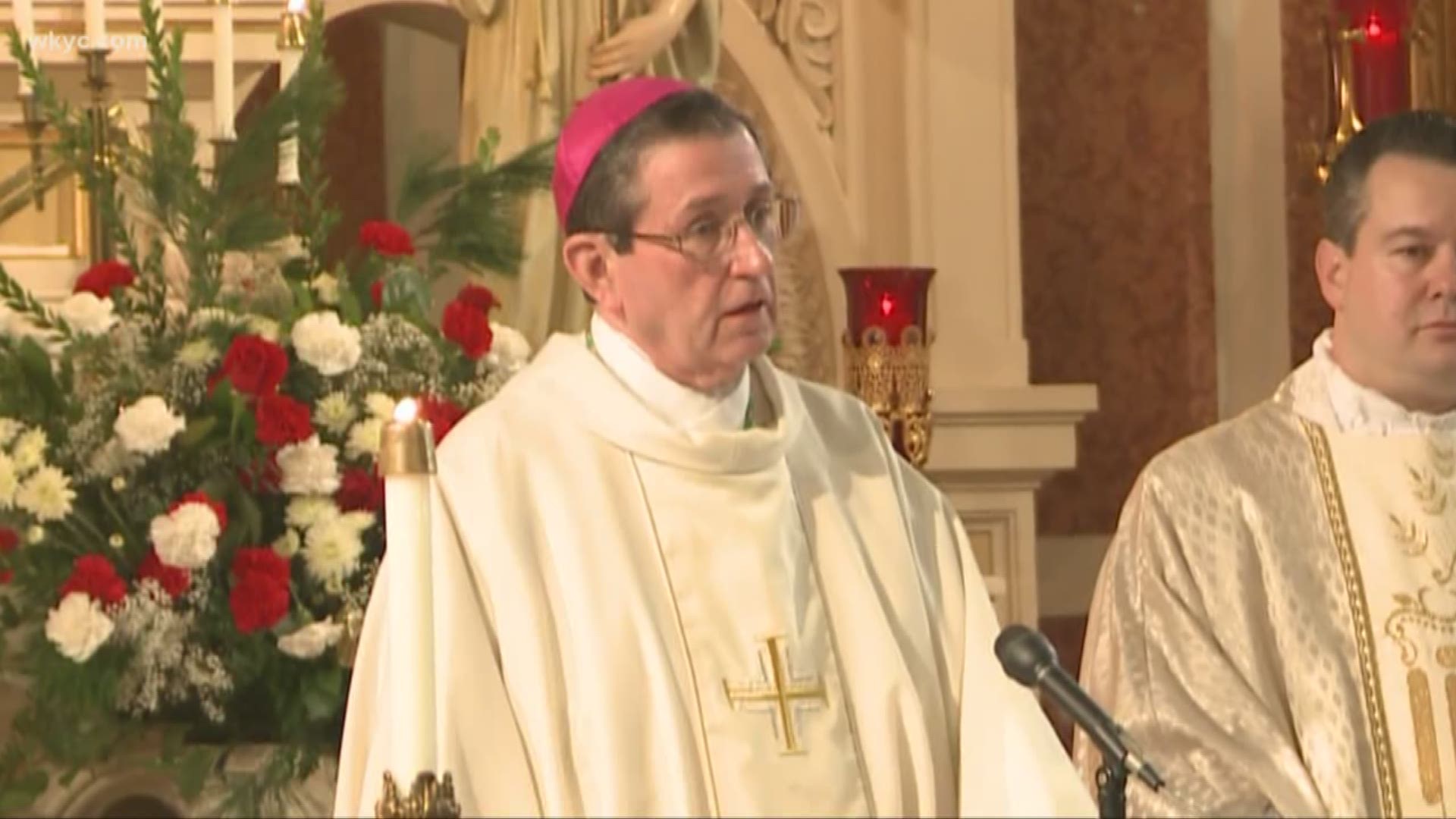 CLEVELAND — Catholics from around the country were at the Cathedral of St. John the Evangelist Tuesday to lay Bishop Richard Lennon to rest.

The Diocese of Cleveland’s tenth leader died on October 29th after a long illness.

“He told me of his struggle with growing memory loss and dementia and of the issue with his heart,” said Bishop Christopher Coyne of Burlington, VT who preached during the homily.

“Richard could be headstrong. Once he made up his mind, if he believed he was doing the right thing for the right reasons, it was hard to convince him otherwise,” Bishop Coyne said.

A longtime friend, Coyne said Lennon once started a children’s choir, even though he was not a strong singer, but that Lennon could also admit to his failings.

“I will miss his good counsel and his good example to me as an ordained minister,” Bishop Coyne said.

The service concluded in the crypt of the Cathedral where Bishop Lennon’s body will remain.

A tradition dating back to 1848, it was also Lennon’s choice.

Every leader of the Cleveland diocese has been buried in the Cathedral, with one exception. There are three spaces left and one day the crypt will likely be expanded.