Brock Miller alleged that Angley sexually abused him for a decade, beginning in 2004. Terms of the settlement are confidential. 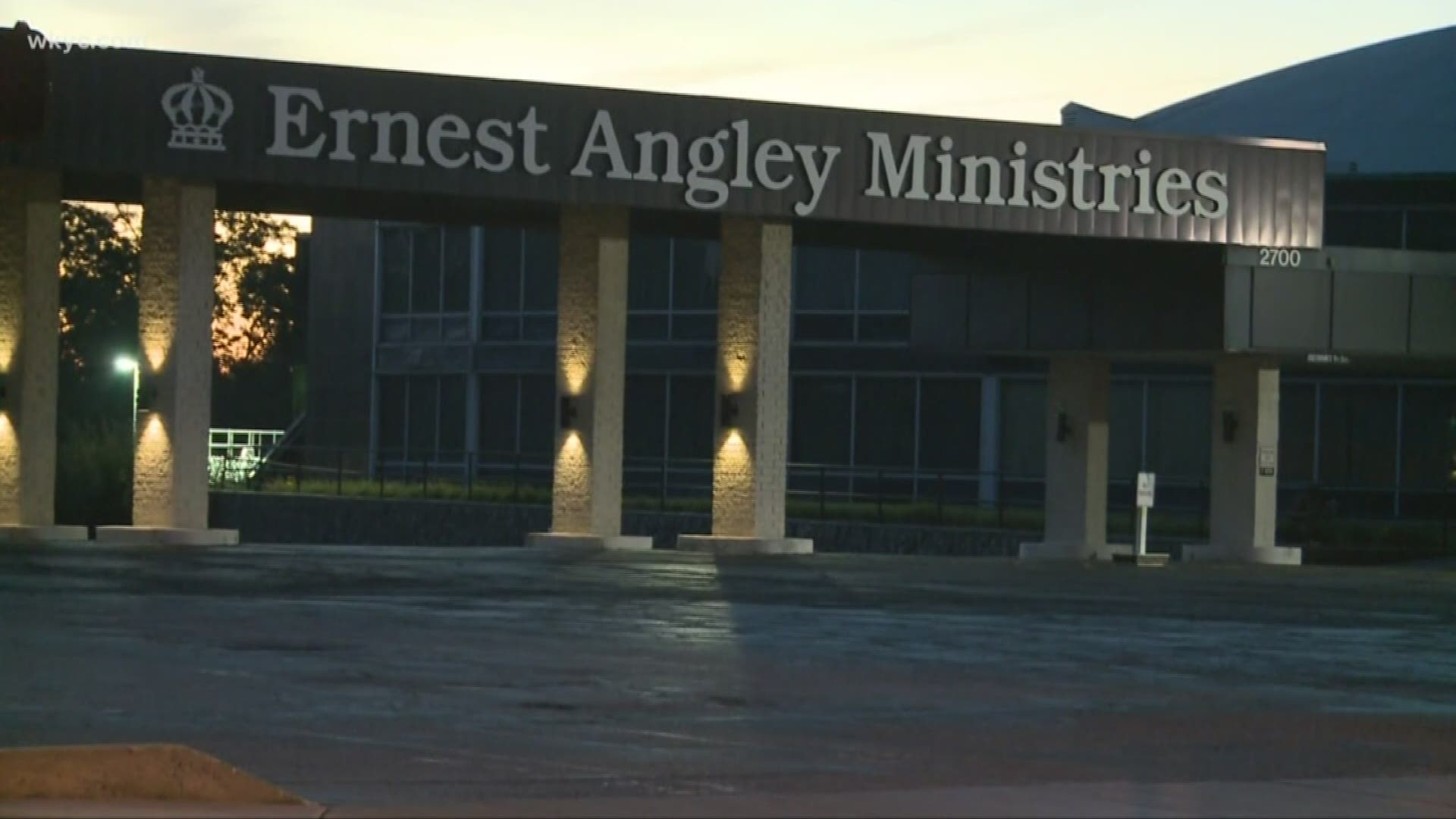 AKRON, Ohio — A confidential settlement has been reached in a former Ohio megachurch pastor's lawsuit alleging televangelist Ernest Angley sexually abused and harassed him over a decade, starting in 2004.

The allegations by Brock Miller, of Myrtle Beach, South Carolina, included that Angley inspected his genitals and asked him sexual questions while he worked at Angley's Grace Cathedral in Cuyahoga Falls.

The Akron Beacon Journal reports a counterclaim by the church contended those allegations were false. The confidential settlement includes a non-disparagement clause.

Had the case gone to trial, the attorneys involved had agreed the 98-year-old Angley wouldn't be required to testify due to age-related maladies.

Miller spoke with 3News' Phil Trexler in 2018 about his experience with Angley.

“I thought that he was truly this holy man, this prophet of God, one of the greatest prophets of God to ever walk the Earth," Miller said of Angley.

At the age of 17, Angley told Miller that he was meant to be a pastor at Grace Cathedral, a mega church based in Cuyahoga Falls with a world-wide TV audience.

“I was shocked. I remember my instant reaction was to just start crying because I really felt thankful. I felt like God was giving me this revelation, special for me to be a pastor,” Miller recalled.

Miller was still a teen when he began training and working as an associate pastor. By 19, Angley had chosen a wife for him. She was 17 when they married.

During the next decade as a pastor, he said he was instructed to urge young men to have vasectomies. And some women to have abortions.

The first allegation of sexual misconduct Miller alleges in his lawsuit happened just prior to his wedding. Still a virgin at age 19, he had questions about sex that he wanted answered. He naturally went to Angley.

“And instead of giving me an answer like a pastor should, he said, well, I’m going to have to see your penis,” Miller recalled. “I trusted this man, I really did. I trusted him. I didn’t think he had any bad intentions.”

Angley invited Miller to his home, a place normally off limits, even to those in his inner circle. Brock considered it an honor. Until Angley opened the door.

“He answered the door in his pajamas,” Miller said. “And he led me to his bedroom.”

“And I just stared at him and I was… I didn’t say anything because I didn’t know what to say and so he repeated himself. Go ahead and take your clothes off and get naked.”

More visits followed. Always in uneasy secret, covert encounters he kept from his wife. Special anointed massages, head to toe. Back and front.

Once his wife learned of the visits, Angley backed off, he said. But not for long.

Brock’s moment of clarity came in Angley’s bedroom during another anointing. Laying in Angley’s circular bed, Miller naked, as usual.

“He said, ‘I’d really like to teach you how to give a good [passionate kiss] and I said, instantly, I said, No! No! And it was just like the veil was completely lifted from my eyes and I saw him in that moment for the monster that he is.”

Miller held out hope for 18 months, hoping the aging Angley would retire or die. About four years ago, he moved to South Carolina to be with family members. He is divorced.