Lennon led the diocese for 10 years. 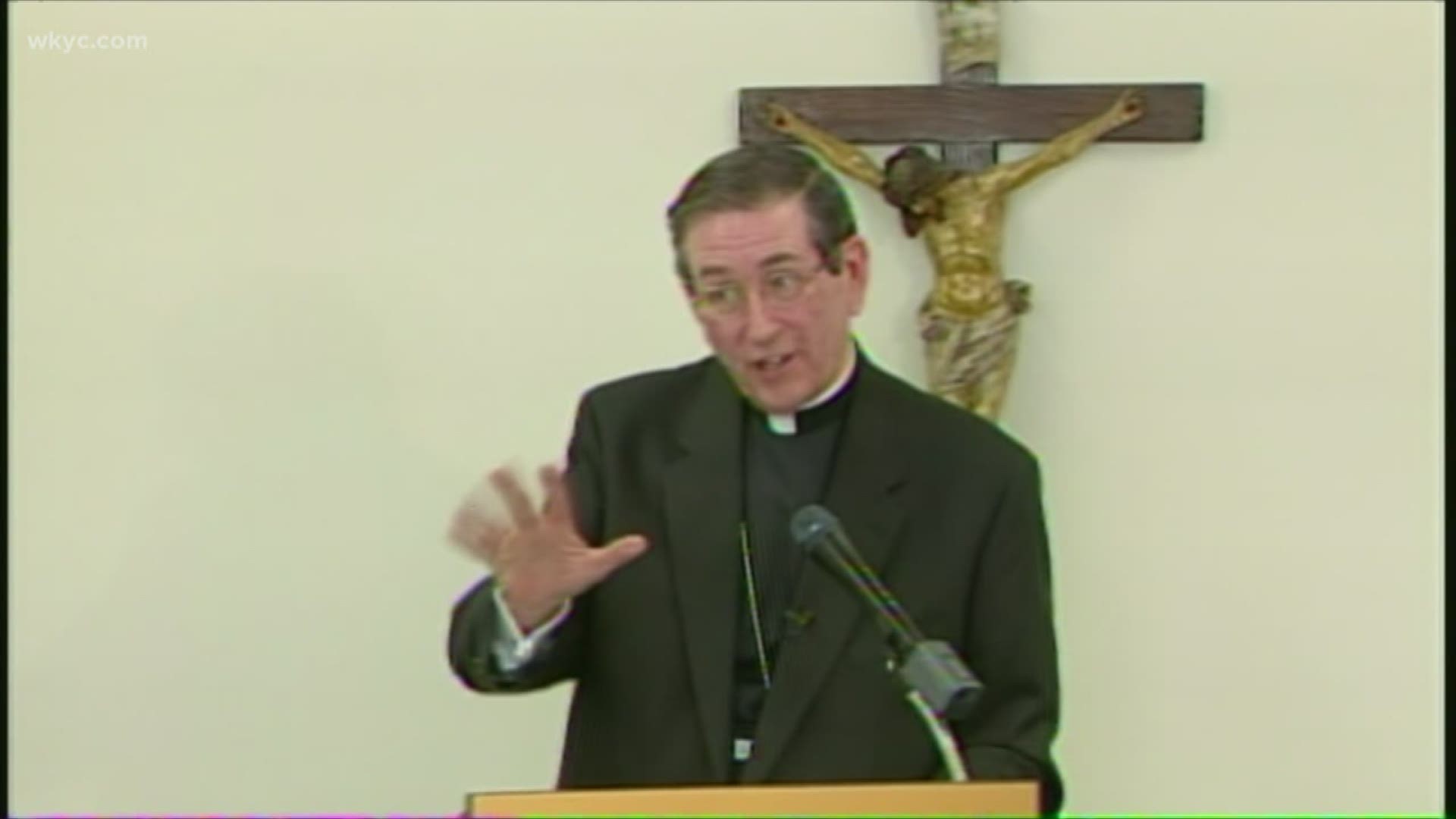 CLEVELAND — The Most Rev. Richard Lennon, who led the Roman Catholic Diocese of Cleveland for more than a decade, has died at the age of 72.

The diocese announced Lennon passed away Tuesday morning after receiving the last rites of the Catholic Church. An exact cause of death was not specified, but the bishop had been suffering from vascular dementia that led to his retirement just under three years ago.

"In his service to the diocese, Bishop Lennon showed a deep dedication to the faithful governance of the diocese and a tremendous love of the Church and the people he shepherded," Bishop Nelson J. Perez, Lennon's successor, said in a statement. "May the Lord grant him eternal rest."

Born in 1947, Lennon grew up in the Boston area and was ordained a priest in the Boston Archdiocese at the age of 26. He rose through the ranks over the next three decades, and eventually became Auxiliary Bishop of Boston under Cardinal Bernard Francis Law in 2001.

We featured Lennon in one of our "7 Minutes With Russ Mitchell" segments back in 2015, which you can watch below: 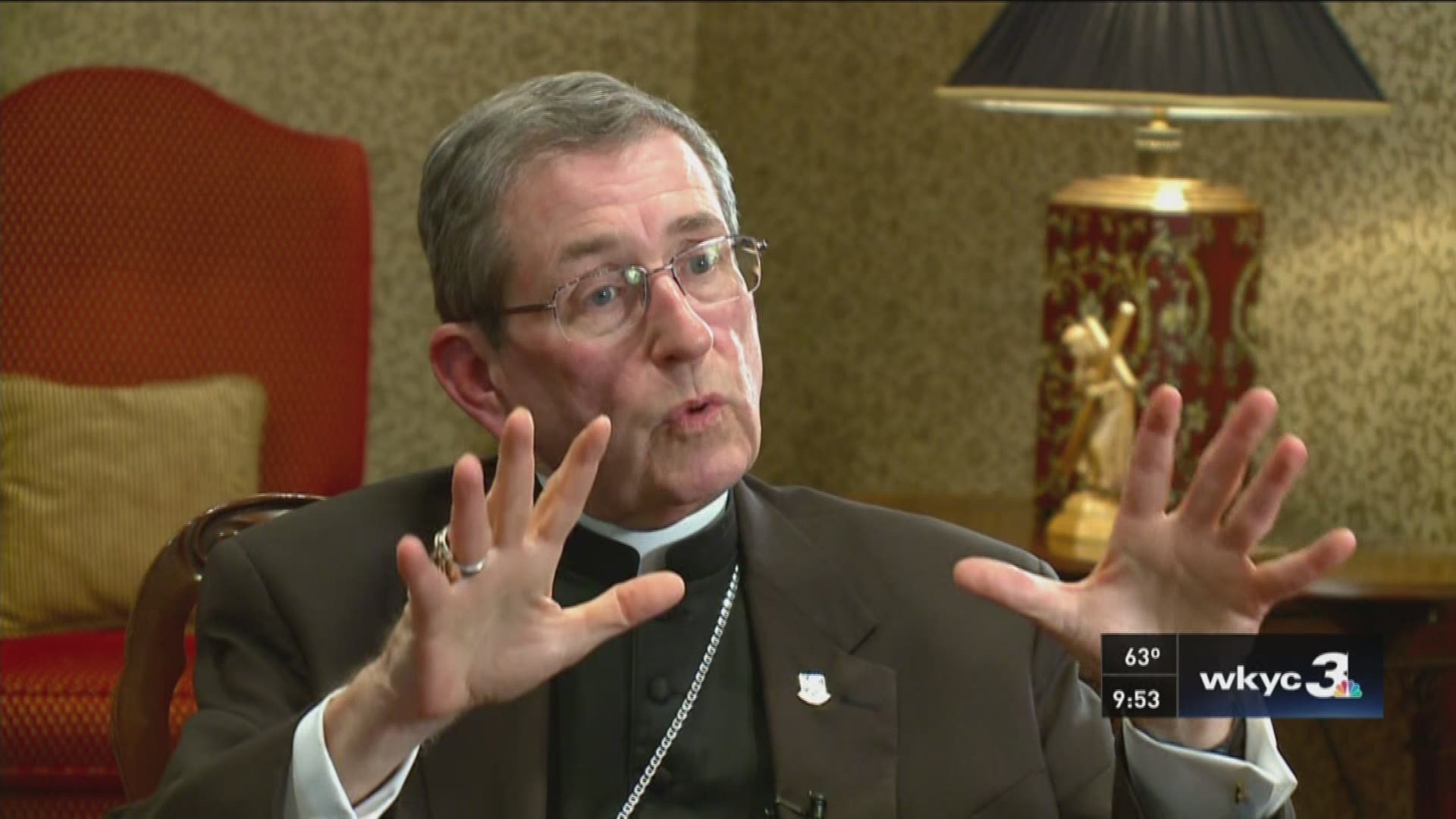 RELATED: Local Catholics have mixed feelings on consideration of married priests in Amazon

Just over a year later, Law resigned in the wake of the archdiocese's clergy sexual abuse scandal and subsequent cover-up, an ordeal that would later engulf the entire Catholic Church worldwide. Pope John Paul II named Lennon Apostolic Administrator in Boston (the de facto head of the archdiocese) until Sean O'Malley (a Lakewood native) was named as Law's permanent successor in 2003. Lennon then served as Vicar General of the archdiocese until April 2006.

That month, Pope Benedict XVI appointed Lennon as the 10th Bishop of Cleveland to replace Anthony Pilla, who himself was retiring early due to heart problems. Lennon was installed in May of that year, and would serve in Northeast Ohio until December of 2016.

During his tenure as bishop, Lennon oversaw a massive restructuring of diocesan finances that included the establishing of internal audits for parishes and schools. His leadership saw the raising of roughly $170 million for parishes, schools, clergy retirement, evangelization, and the downtown Cathedral of St. John the Evangelist.

However, Lennon may be best known for his controversial decision to close 50 parishes within the Diocese of Cleveland in 2008, citing declining attendance and a financial shortfall. The move was met with widespread scorn from local Catholics and politicians, with some even claiming Lennon had targeted churches with liberal-leaning politics and congregations. Several of the closures were appealed directly to the Vatican, and eventually, the Holy See overruled Lennon and reopened 13 of the parishes.

In November of 2016, at the age of just 69, Lennon requested early retirement and was granted such by Pope Francis a month later. Citing vascular dementia, he was immediately named Bishop Emeritus of Cleveland (joining Pilla) while Bishop Daniel Thomas of Toledo was named Apostolic Administrator of the diocese prior to Perez's installation in September of 2017. Lennon rarely appeared in public after his retirement, but was seen at Perez's installation mass.