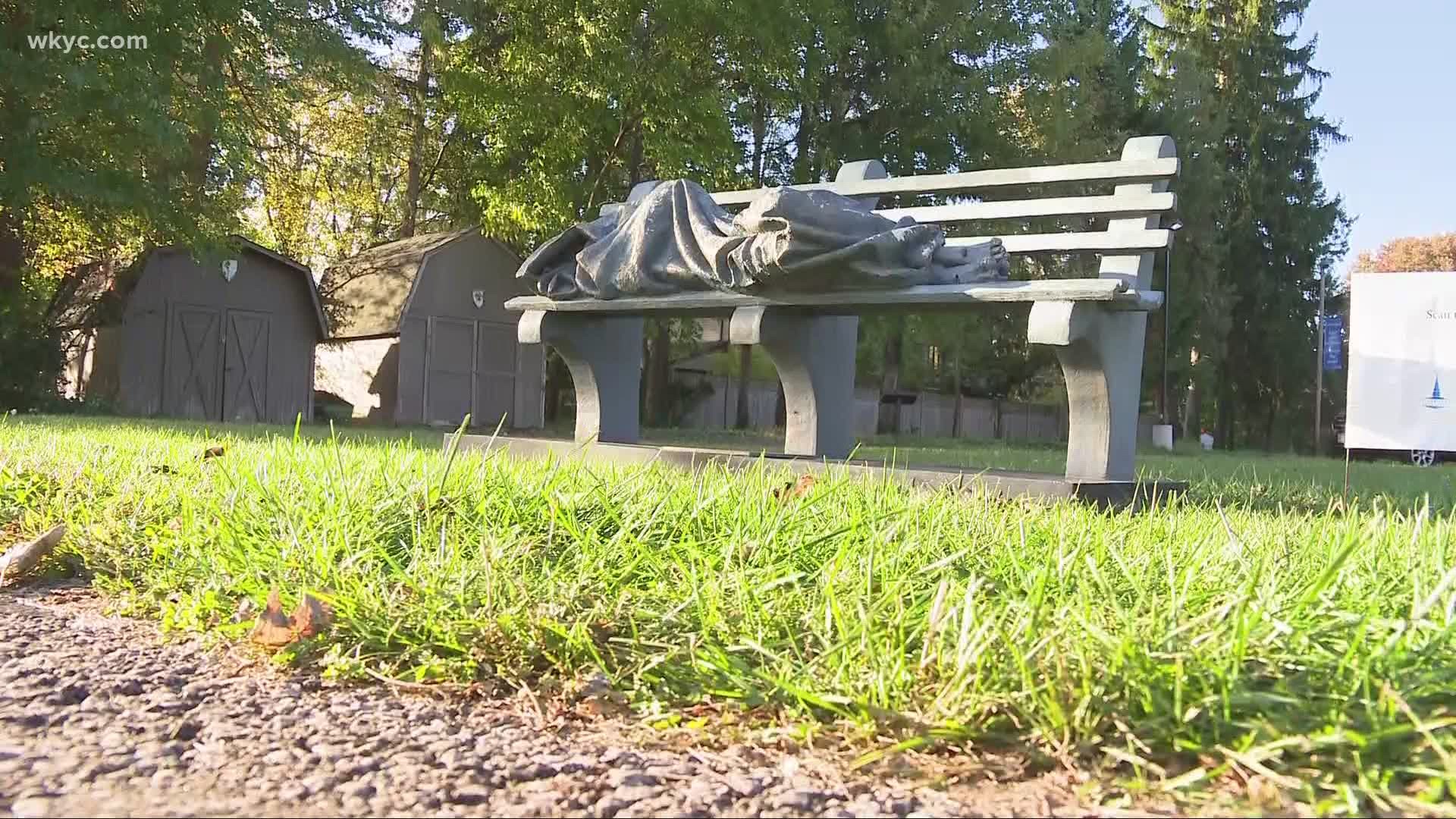 BAY VILLAGE, Ohio — At Bradley Road Park in Bay Village, it looks like any other bench, until you look closer.

"We thought it was an important message here," The Rev. Alex Martin, the priest-in-charge at St. Barnabas Episcopal Church, told 3News. "Raising awareness of poverty and homelessness."

This week, the church placed a statue called "Homeless Jesus" on the edge of its property and faced it towards the park. It depicts a male figure beneath a blanket, feet exposed. Wounds correspond with the crucifixion of Jesus Christ.

"Reminding people of the sacred worth and value of all human beings, especially those who might traditionally be cast aside by society," Martin said.

Within 15 minutes of the installation, however, someone called police to report a homeless person. It was at 3:30 in the afternoon.

"We don’t know if this person is physically in distress, whether they need paramedics," Bay Village Police Sgt. Rob Gillespie said. "I think anyone anybody that was sleeping outside with a tarp over them would be a call that we might get."

Gillespie added he believes the caller was coming "from a compassionate stance." Martin does, too, admitting he wanted the statue to get attention.

"[We] wanted people to see it and we wanted to spark conversation about how we respond to those who are in great need," he said.

It is often the subject of Martin's sermons.

"Be kinder and gentler with each other…be less quick to judge one another," he said, adding he hopes people will view homelessness differently and do something about the problem.

The statue belongs to the Community West Foundation and has moved to different churches on the west side of the Cleveland area since 2018. It has led to calls to police in the past, yet never so much media attention. This Bay Village mix-up was covered from as far away as Europe.