The memorial for Scout and Chasey Scaravilli took place at Hawken School. 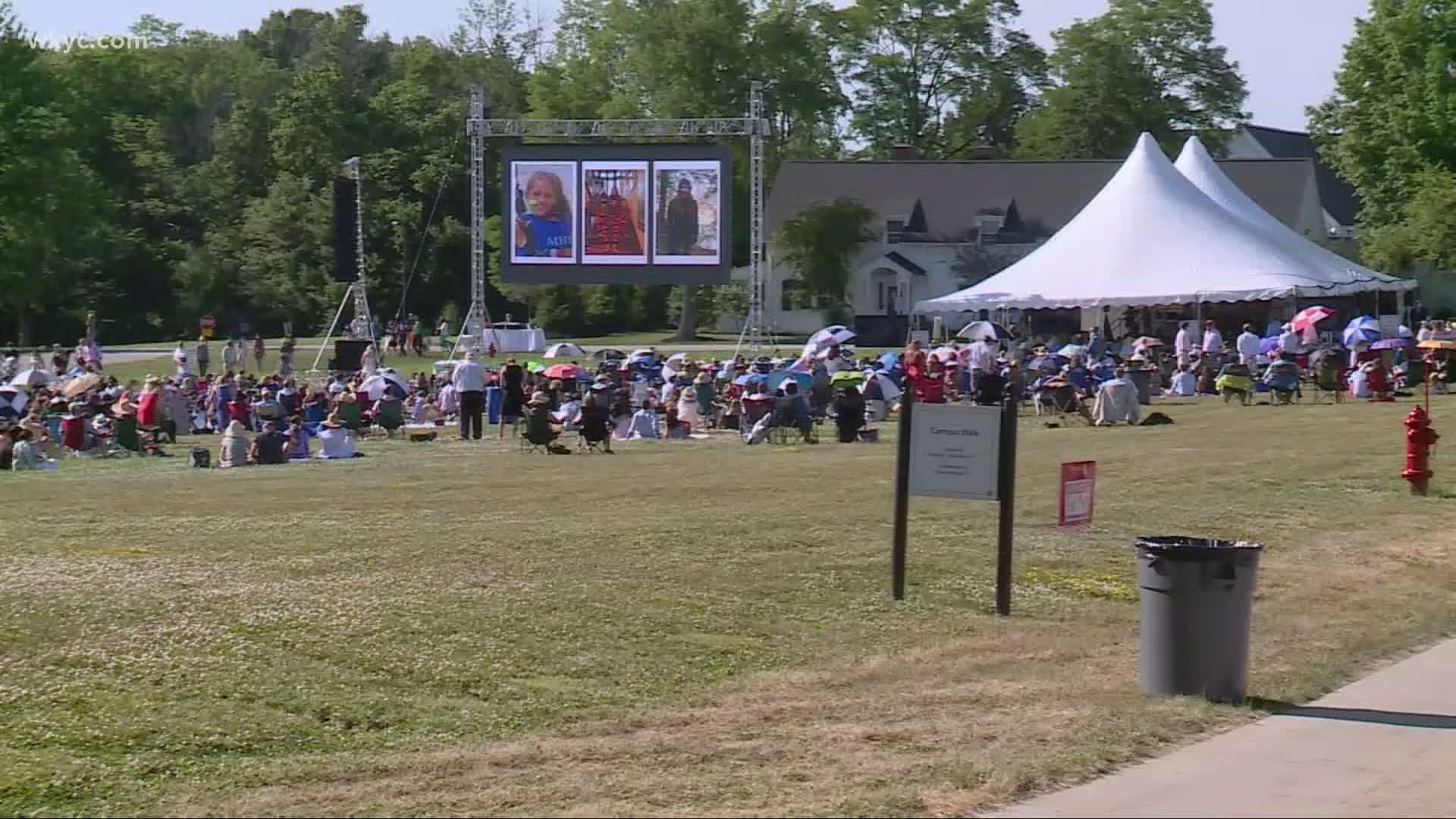 CHESTERLAND, Ohio — On Saturday evening at Hawken School in Chesterland, a 'Celebration of Life' was held for the two young Cleveland Heights sisters who tragically died in a hammock accident.

14-year-old Scout Scaravilli and 12-year-old Chasey Scaravilli were in a hammock on Sunday evening that was tied to a tree and a brick pillar. Officials say that pillar collapsed and fell on the girls. Both were taken to the hospital, but later died from their injuries.

On Friday, 3News' Laura Caso spoke with Scout and Chasey's father JJ, who says he feels peace in knowing his daughters are together and everyone will now realize just how special they truly were.

"I got a lot of love from them and I smothered them with kisses to a fault. But they are going to be with me forever," JJ Scaravilli said.

JJ said not only would his girls light up a room, but their entire house from the inside to the outside. They loved playing in their backyard together. Scout and Chasey were inseparable, a dynamic duo as two of four sisters.

"There's a lot of pictures on the internet with those girls," JJ adds. "I am their dad, I always thought they were the most beautiful creatures and they are definitely beautiful. But their real beauty is and was on the inside and it still is on the inside."

In lieu of flowers, the family requests that donations be made to the Scout and Chasey Scaravilli Memorial Fund at Hathaway Brown School, 19600 North Park Blvd., Shaker Heights, OH 44122, or click here.