3News' Hollie Strano opens up about personal life amid COVID-19 pandemic: The Head, the Heart and the Holidays

Like so many are experiencing, Hollie's family has been rocked by the failing health of her 95-year-old Grandpa Sam. 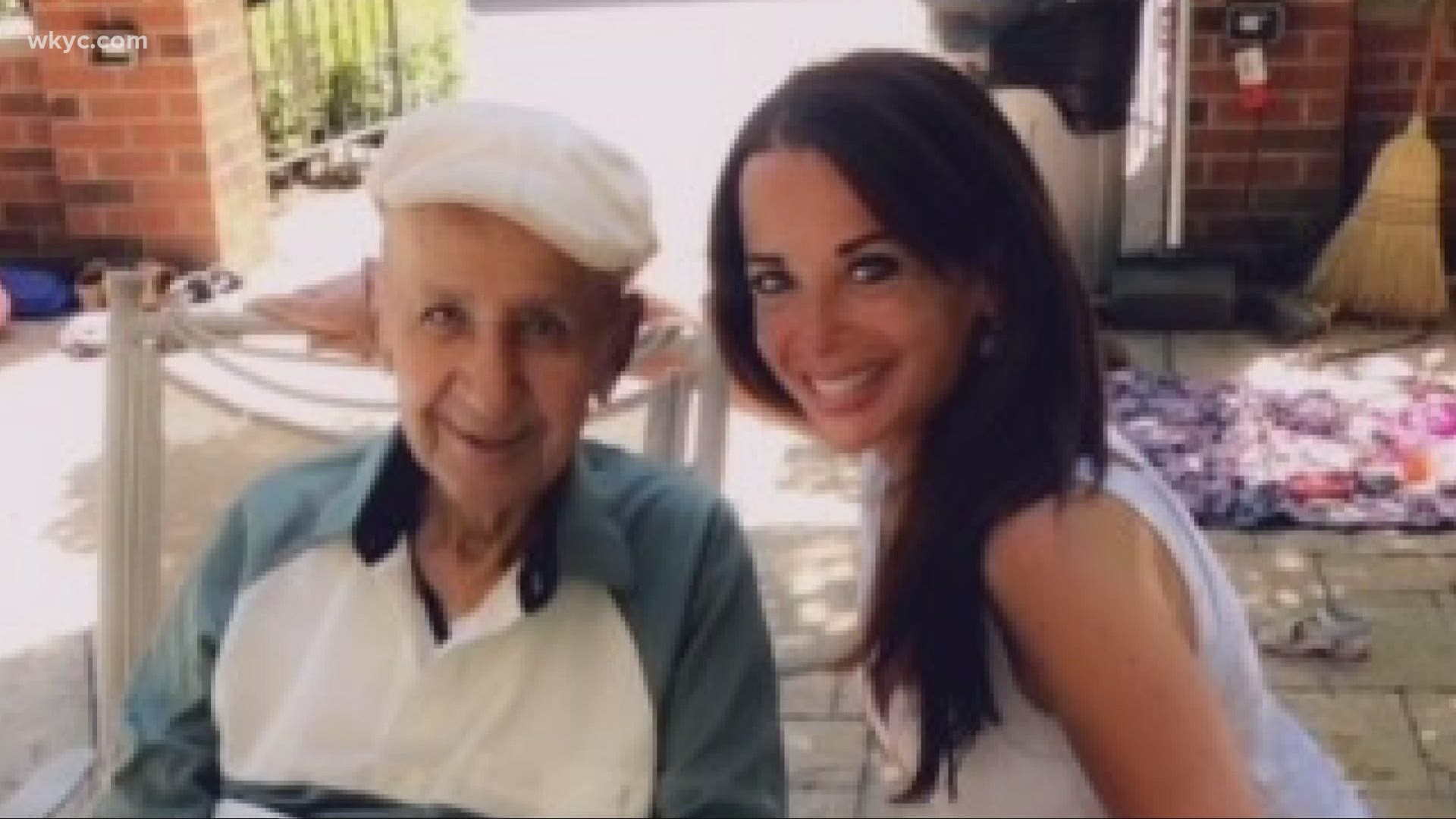 CLEVELAND — The Head, the Heart and the Holidays is a series aimed at helping those struggling with mental health through the pandemic and the holiday season. The hope is others realize they're not alone, and there is help out there. It has touched feelings of loss, grief, depression and substance abuse in other people.

3News' Hollie Strano has been candid about her own mental health struggles in the past, and decided it was only right to share what she and her family have struggled with in the past year for anyone who can relate.

Besides being one of only a few people still reporting and working from WKYC Studios and not at home, Hollie is also a working mom, balancing work and her kids being home and learning virtually. Hollie says she always put an open line of communication and honesty first for her kids, Jessica and Grady, but this year that became especially true.

"You're having conversations, you're seeing the frustrations that maybe the teacher would have been dealing with because they're home," she says.

But through all the stress, she's more grateful than ever to have more family time -- especially since there are other family members in her life affected by the pandemic. Like so many are experiencing, Hollie's family has been rocked by the failing health of her Grandpa Sam.

"One of the most emotional parts of this for me is my Grandpa Sam. He turned 95 in October."

She said he has "taken a really big turn."

"I don't want to blame the coronavirus, but that being said, my grandpa was really used to a routine, he was go, go go. Then this started, and then he was confined to his home, and then he fell."

Grandpa Sam healed in rehab, but his overall health declined. Hollie and her kids continued to visit him through a window, something she says has been a strain on her mental health. Something she knows others are going through, too.

Seeing the one person in her life who she always looked up to begin to falter, is the hardest thing about this pandemic, Hollie says. Not only that, but seeing her father's mental health take a toll because of his father's health, makes the load even heavier.

"Watching my dad, watch his dad shut down, is really, really hard," she says through tears.

But even through failing health and a balance of work and regular life, Hollie says the pandemic has made her love of family and close relationships stronger than ever. She encourages everyone to find something in each day to bring them a similar peace.

"Even though I'm not with my family as much, our hearts are all in one place. I think we've evolved through this pandemic, and we're now in a place where I find myself emotional, but reflecting," she says. "There is not a day that goes by, that I don't wake up and say thank you."