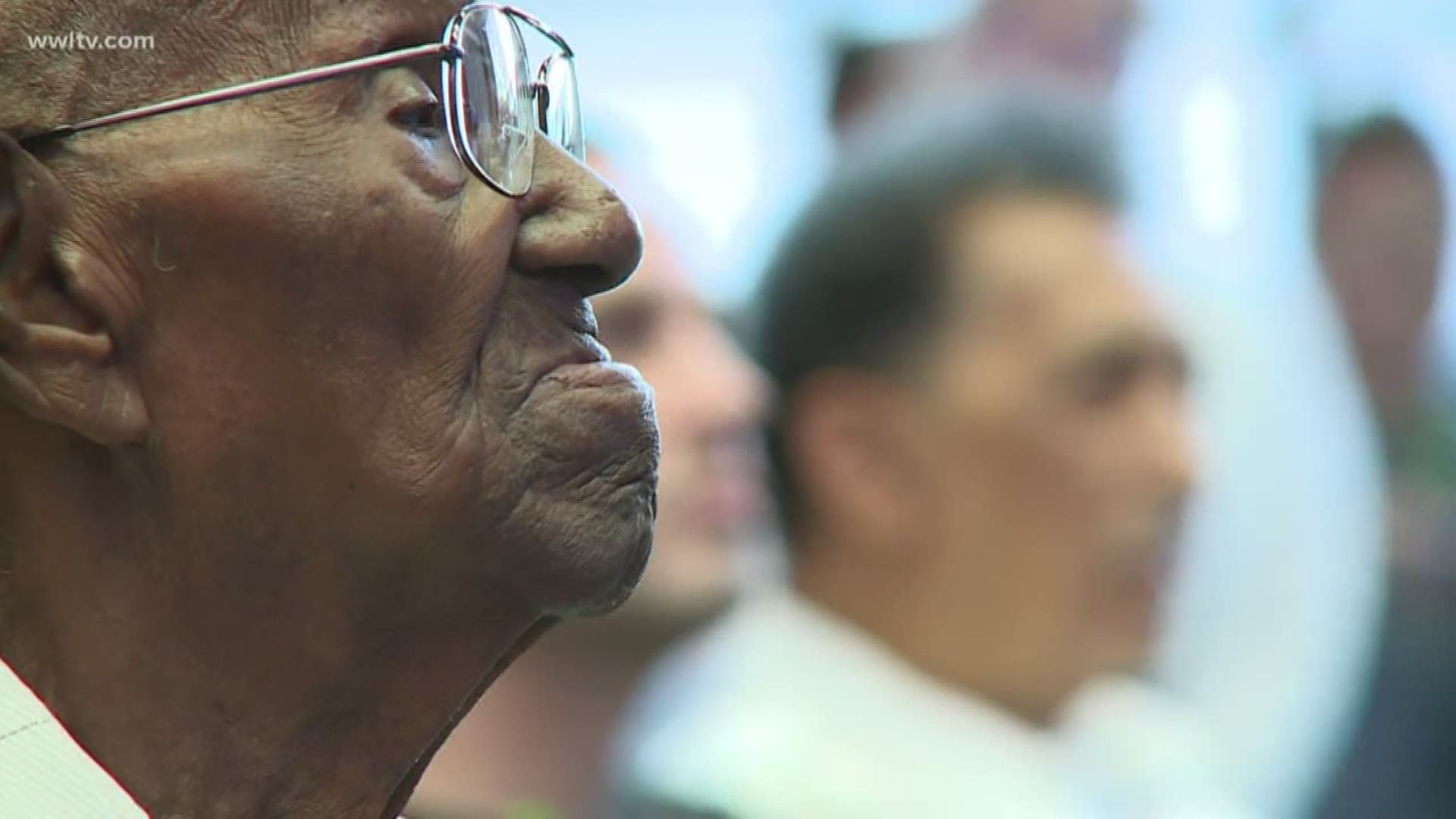 NEW ORLEANS — A man considered to be the nation's oldest living World War II veteran was serenaded and showered with kisses during a celebration of his 110th birthday at the National World War II Museum in New Orleans.

Lawrence Brooks was born Sept. 12, 1909, and served in the predominantly African American 91st Engineer Battalion stationed in New Guinea and then the Philippines. He was a servant to three white officers and his daily routine included cleaning their sheets and uniforms and shining their shoes.

Brooks attained the rank of Private 1st Class during the war.

Museum President and CEO Stephen Watson said Brooks is the nation's oldest living WWII veteran. Watson was among the speakers at Brooks' birthday celebration Thursday, which included a serenade of "Happy Birthday" by the museum's singing trio, the Victory Belles.

1 / 10
AP
World War II veteran Lawrence Brooks sports a lipstick kiss on his cheek, planted by a member of the singing group Victory Belles, as he celebrates his 110th birthday at the National World War II Museum in New Orleans, Thursday, Sept. 12, 2019. Brooks was born Sept. 12, 1909, and served in the predominantly African-American 91st Engineer Battalion, which was stationed in New Guinea and then the Philippines during World War II. He was a servant to three white officers in his battalion. (AP Photo/Gerald Herbert)