Bill Hart owns Baked from the Hart, a Mount Baker pie shop that specializes in favorites like bean and sweet potato pie. 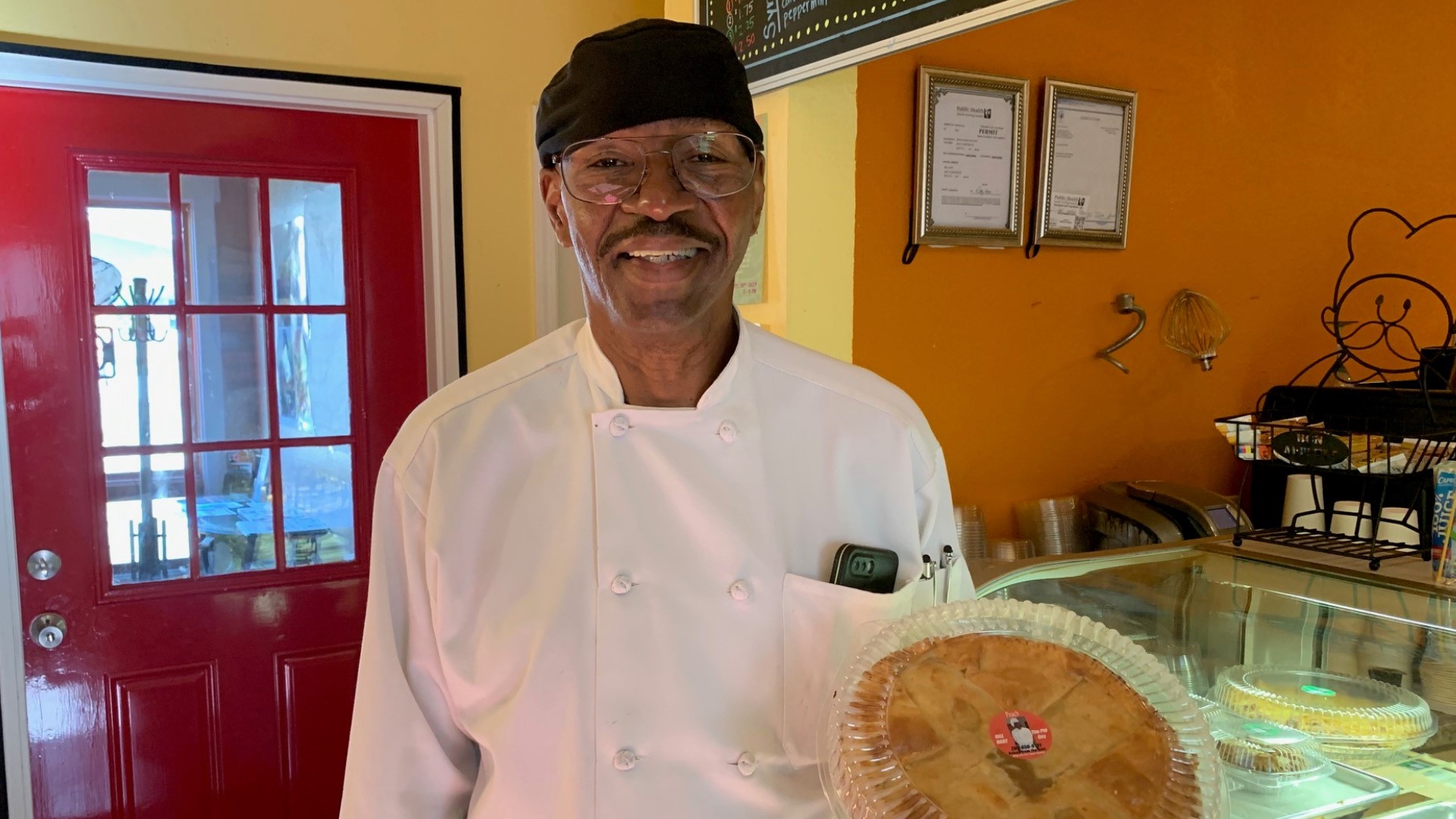 SEATTLE — EDITOR'S NOTE: This segment of KING 5's Evening was shot prior to the COVID-19 pandemic.

In a stately Mount Baker house, Bill Hart bakes pies -- and he's been doing it for a long time.

If you're looking for expertly-baked pies, Baked from the Hart is the place to go. Bill started baking pies when he was quite young- and after years of perfecting recipes, selling pies out of cars, in parking lots, and in hair salons, Bill has his very own pie palace -- deservedly so.

Credit: KING 5
Baked from the Hart's windows are decorated with examples of the pies Bill bakes.

Bill specializes in his sweet bean supreme pies. They're similar to sweet potato pies, but made with small white beans instead of sweet potato.

Bill sells pies in three sizes: regular, which is a full-sized pie; medium, which is a pie for two (or a personal pie, no judgement); and tart, which is a few bites of pie baked into an adorable tart.

You can order pies online, or by giving Bill a call at 206-650-9191. If you're ordering for Thanksgiving or the holidays, contact them ASAP. As you might expect, Bill is an extra popular guy in November and December!

EDITOR'S NOTE: This segment of KING 5's Evening was shot prior to the COVID-19 pandemic.