Can you really cook a turkey that's still frozen? 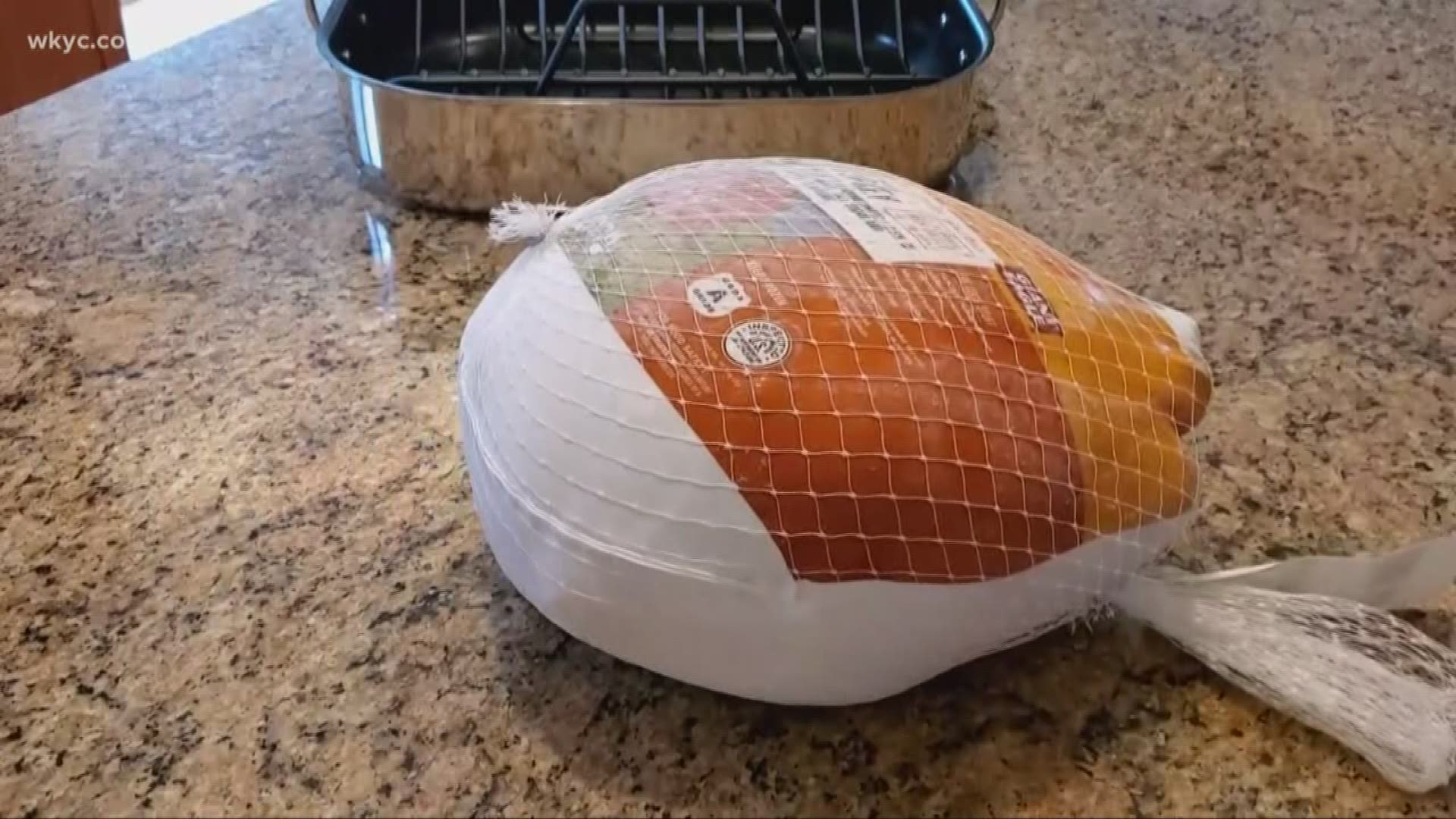 CLEVELAND — Some of you are either staying up late on Wednesday or getting up early on Thursday to prepare a big Thanksgiving feast for your family and friends.

If you're a last-minute kind of person and haven't gotten things together just yet, can you still get that turkey cooked and ready to eat that's rock-hard frozen?

A ton of websites say you can.

Even the USDA's website says that it's safe to cook a turkey from the frozen state. Just allow about 50 percent longer cooking time.

Here's what I found:

I preheated the overn to 350 degrees and put the 15-pound frozen bird in on a roasting rack with a cup of water. Two and a half hours later, I removed the giblets with tongs.

After about four hours, I added two meat thermometers.

Six hours later, I could see that the turkey was not cooking evenly.

At the seven hour mark, we pulled out the turkey, but noticed that it was unseasoned. So the flavor has to come from the gravy! We even used a cocktail shaker to help incorporate the flower and water.

The final result: The turkey was overdone on the outside, but pink juices came out of the cavity of the turkey on the inside.

When we salvaged the well-done pieces, it actually wasn't bad.

They call it desperation turkey for a reason, so if you're going to do this, be prepared to put the sliced turkey back in the oven to ensure that its well done.

RELATED: List: These restaurants will be open on Thanksgiving

RELATED: Here are which stores are open, closed on Thanksgiving