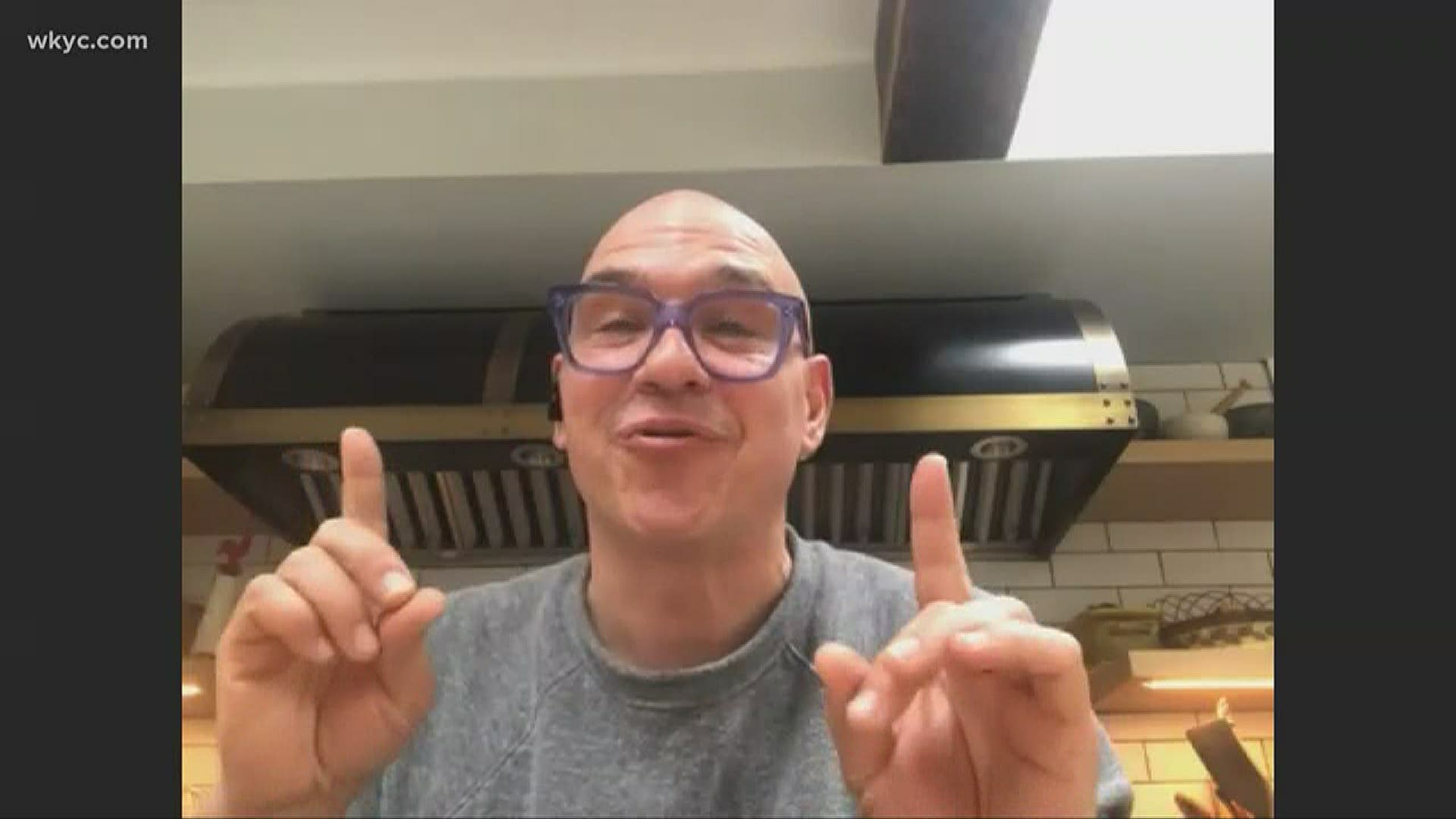 CLEVELAND — Like all of us, even celebrity chefs -- like Cleveland native Michael Symon -- are craving life after coronavirus.

"After this is over, I'm going to my mom's house and having her make me lasagna," laughed Symon. "That will be the absolute first thing that I do."

"I would say three out of 10 (restaurants) probably won't be able to re-open again. That's going to cause a lot of hardship for a lot of people."

That's why he is teaming up with the app Cameo to help raise money for the Ohio Restaurant Associations employee relief fund.

Users can purchase and customize a personal message from Symon himself. All of the proceeds will go to help support those in need today and in the future.

"A lot of restaurants are going to have a hard time reopening. I think unemployment, unfortunately, is going to be higher than we've seen in quite a bit. The more we can get that fund funded the better chance some of these people have that are going to struggle."

It's unclear when restaurants will start to reopen at this time, but when they do Symon said his goal is to reopen all of his restaurants. No matter how that will look.

No matter how it looks, it will be uncharted territory for restaurants and bars. Symon said he believes tables should have more space and servers and chefs should be required to wear masks.

While the future is unclear, Symon said this will be a learning experience for both restaurants and customers.

"The more patient the customers are with us as we are going through the learning curve, the easier it will make it for everybody."

Chef Symon has been raising money for the Ohio Restaurant Association Relief Fund for only a few weeks and has already raised more than $6,000. If you'd like to purchase a cameo go to cameo.com/chefsymon.