From canceling them altogether to going drive-thru only, parishes across the area are changing they way they fry fish. 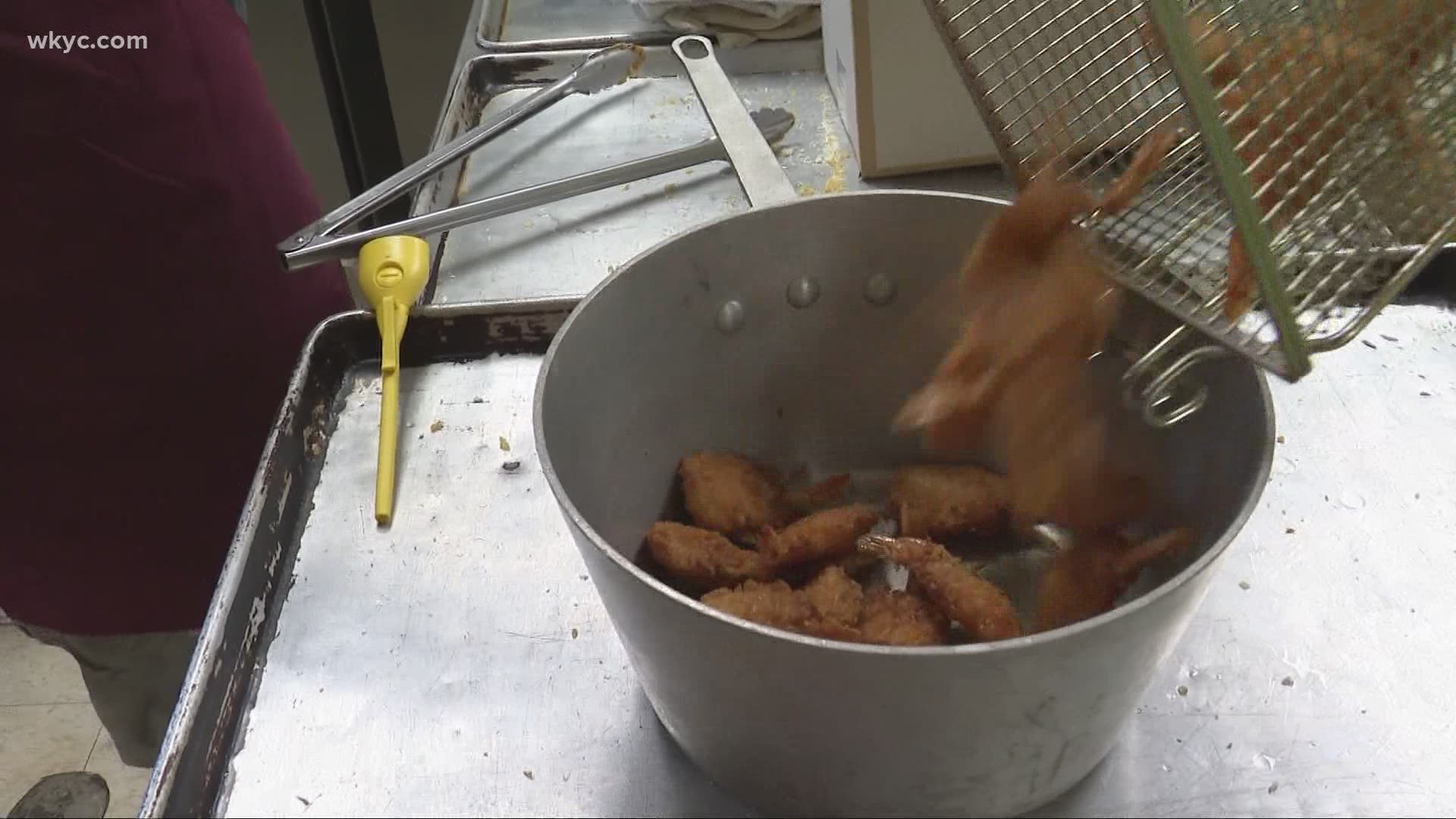 NORTHFIELD, Ohio — It's the first Friday of Lent, meaning churches across the area would typically be packed with parishioners enjoying a fish fry.

However, this year many are forced to pivot their plans to deal with the COVID-19 pandemic.

GUIDE: Find a Northeast Ohio fish fry near your or submit your event

It's a tradition that’s become almost like a holiday to the region, but fish fries are also used as a fundraiser for churches. Whether for parish programs, charities or other organizations, the money made on Fridays during lent goes a long way to help the churches help out.

Due to the current pandemic, many parishes were debating on how to proceed. The diocese recommended churches offer either takeout or drive-thru only, unless they have a large enough space to follow state health guidelines. St. Barnabas took the recommendation and trimmed their menu back to still provide the fish fry, but safely.

"They’re ordering online, the order comes in, then they can pick it up," Father Kulway said. "We’ll deliver it to them outside."

Other parishes, however, have decided to cancel altogether.

"It’s a hard decision to say that we have to hold back another year for this," Father Fred Pausche of St. Gabriel in Concord admitted.

St. Gabriel has a long history of hosting one of the larger fish fries in the area, typically serving somewhere between 700 and 1,000 meals. Last year, they stopped serving two weeks into Lent due to COVID, and this year they won’t be frying at all.

When news spread that St. Gabriel would be forgoing their fish fry this year and missing out on the funds made, a local business decided to pitch in. Ridgewood Kitchen is just up the street from the church, and like many other restaurants right now, they’re struggling. However, they decided to find a way to help out the church.

"I know that’s a lot of money that gets raised during that period of time," Nick Ovsenik, one of the owners of Ridgewood Kitchen, said. "What we’re doing is for every pizza that we sell for the entirety of Lent, not just Fridays, we're donating a dollar to the St. Gabe’s foodbank. It's just about helping out when we can."

It's that type of generosity that churches all over the area are hoping for during these difficult times.

"The pandemic is impacting everybody," Armstrong said. "I would ask that they remember their parish and give support. If a fish fry is one way of doing it for them, that'd be great."