Think of savory bread pudding as a loose interpretation of French toast. 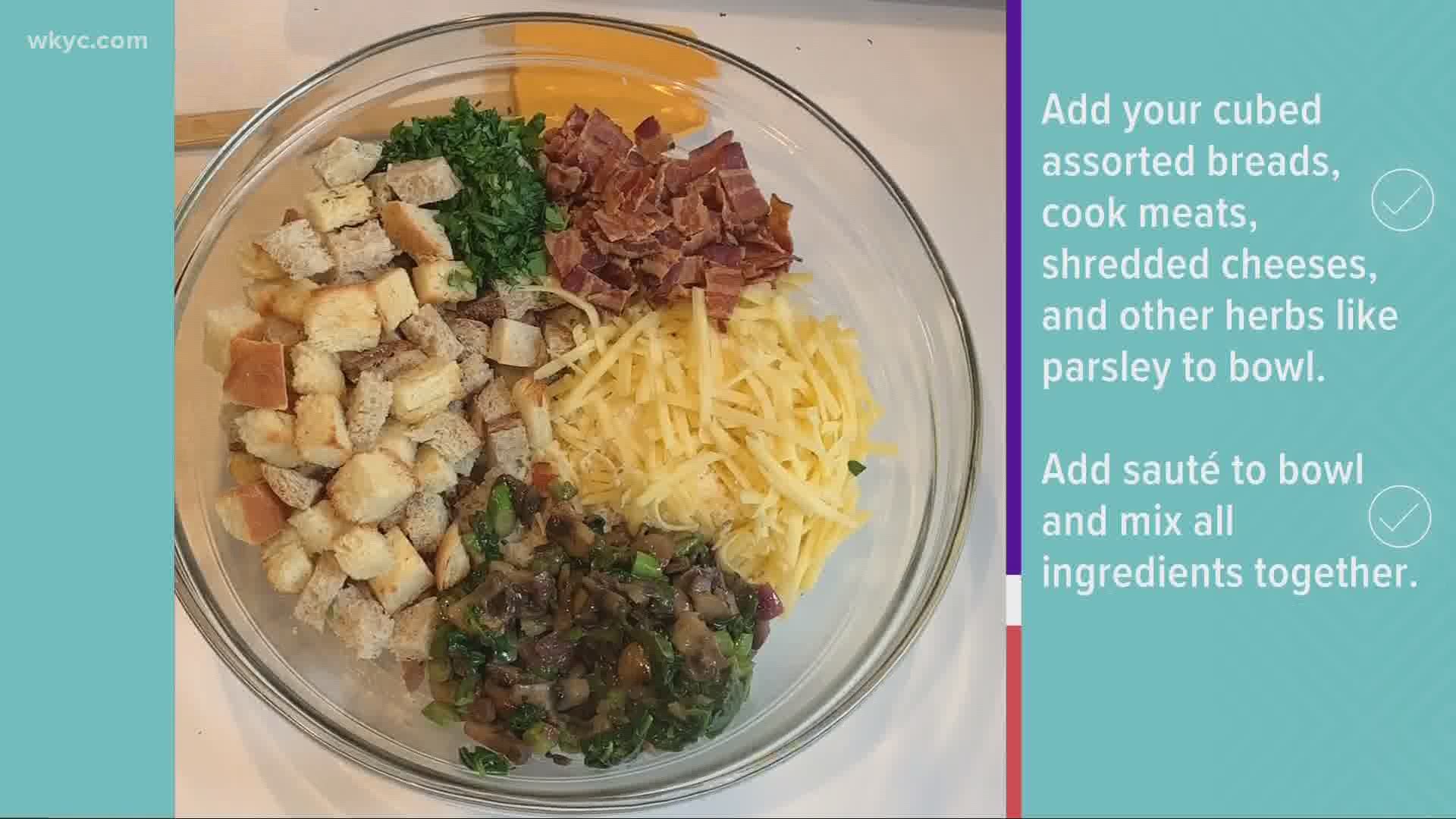 CLEVELAND — I can’t think of a single dish that uses up more odds and ends from the fridge than bread pudding. We’re used to seeing sweet bread pudding on dessert menus, but this adaptable item reaches its true potential as a savory brunch-appropriate recipe.

Think of savory bread pudding as a loose interpretation of French toast. At its heart is cubed bread, that gets tossed in an egg batter with whatever cheese, meat, veggies and herbs you happen to have in hand. The whole concoction gets packed into a loaf pan and baked until golden brown.

For best results, let the mixture rest between 15 and 30 minutes before baking to allow the bread to soak up the batter.

In a skillet over medium-high heat, add the butter followed by the onion, celery and hot pepper (if using). Saute for five minutes before adding the mushrooms (if using). When the mushrooms have given up most of their liquid and begun to brown, add the greens. Cook until the greens have wilted, about 5 minutes. Season with salt and pepper.

Beat the milk (or cream), eggs and a good pinch of salt together and set aside.

In a large mixing bowl, add the bread, cheese, cooked meat, herbs and sautéed vegetables and toss to combine. Add the milk and egg mixture, toss to combine, and let sit for 15 to 30 minutes.

Transfer the bread pudding to a greased bread pan or deep cast iron skillet and bake until cooked through and golden brown, about 30 minutes. Use a thermometer to make sure the interior reaches 160°F.