The best way to eat seafood is with your hands. 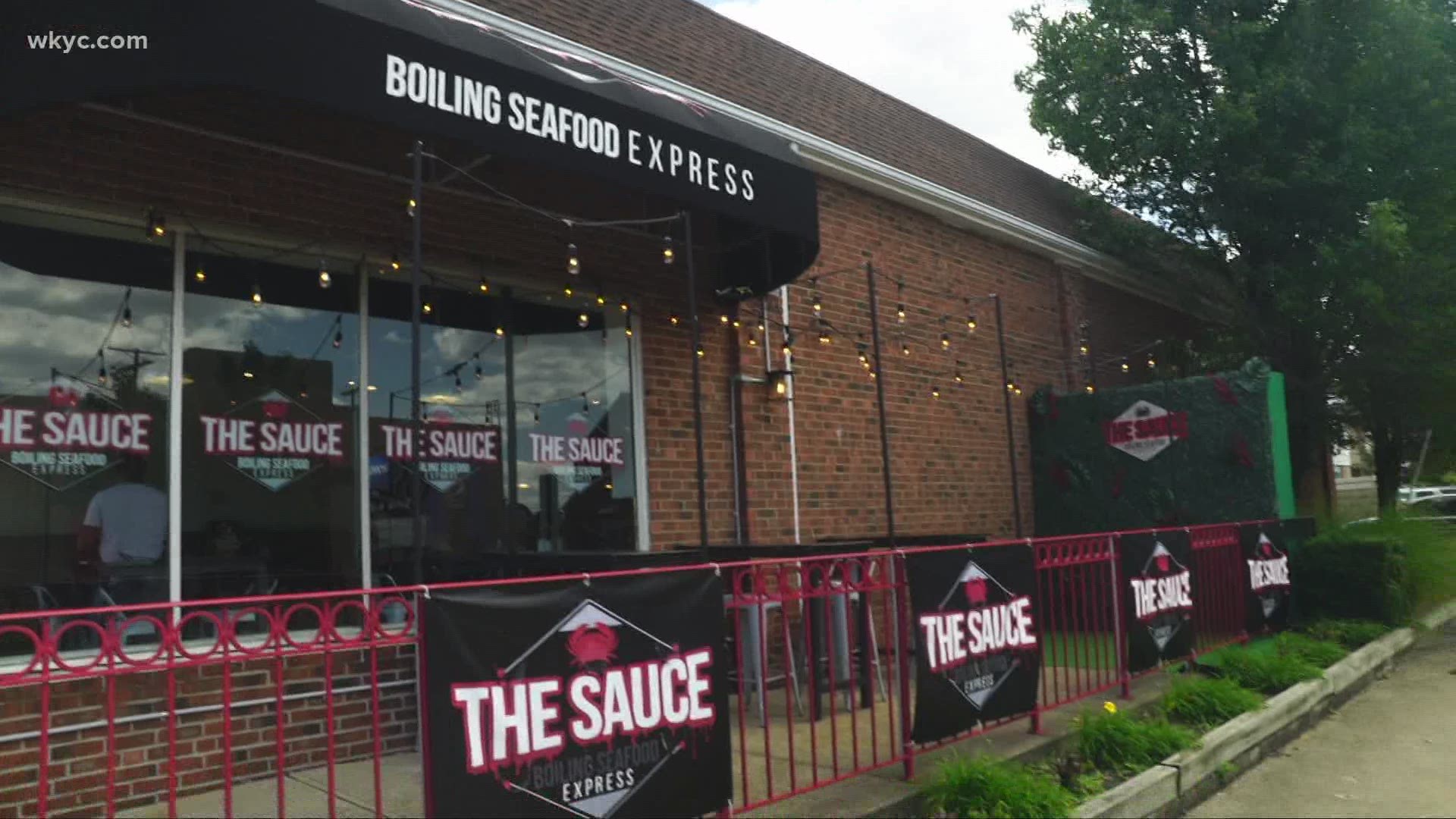 UNIVERSITY HEIGHTS, Ohio — A few years ago, Cleveland saw an influx of boiling seafood restaurants, with spots popping up on the east, west and south sides of town. For people familiar with a traditional Cajun-style crab or crawfish boil, these modern eateries offered a unique and flavorful – if messy – take on those Southern feasts.

Seafood, typically shellfish like shrimp, crab and crawfish, is steamed, tossed in a variety of sauces and delivered to the table in a large plastic bag alongside corn, potatoes and sausage.

The first time Kyler Smith visited one of those new spots, he was instantly smitten by the food.

What he didn’t appreciate, however, was the length of time it required to experience it. He said the idea of sitting down to a 30- or 45-minute meal did not appeal to him. But then an idea popped into his entrepreneurial head.

“Maybe this can work as an express,” he thought.

When designing The Sauce Boiling Seafood Express, Smith took all of the things he loved about seafood boil restaurants and adapted them into a fast-casual format. Instead of sitting down at a table and being served, guests order at the counter and can be out the door in about 10 minutes.

“You can now get your favorite dish in a timely fashion,” he promises. “So you can eat this on your lunch hour; you don’t have to just have this for dinner.”

The key to the process in the hot line of food, which is constantly being restocked with freshly cooked food. Customers can customize their orders with seafood by the half pound, which is paired with corn, potatoes, sausage and a choice of sauce.

“Every seafood that comes in a shell that’s popular, basically, we have,” Smith reports. “Crab legs, crawfish, mussels, King crab and we added scallops.”

Sauce choices include Sweet Cajun with a little kick, traditional garlic butter with herbs, lemon pepper and Sweet Hallelujah with a touch of honey.

In addition to the traditional seafood bags, The Sauce offers a vegan version and a rice bowl option.

Based on the success of the University Heights location, which opened in 2019, Smith is opening a second location in the Warehouse District. This new downtown spot, scheduled to open in August, is an updated version of the concept with more space, more seating and longer hours of service. On weekends, the restaurant will serve food until 3:30 a.m.

Smith says that it’s satisfying to watch as his concept and others like it continue to attract more followers.

“A lot of people don’t like to eat with their hands, but it’s one of those things that as an adult you’re like, hold on, I can finally do it,” he says.

Not one to sit on his hands, Smith says that plans already are in the works to open new locations in Akron and Columbus.

The University Heights location is at 13888 Cedar Road. View their menu, here.