It's located in the former Constantino's Market on Sloane Avenue and boasts cathedral ceilings, a 15-seat bar, booth seating and casual high-top lounging. 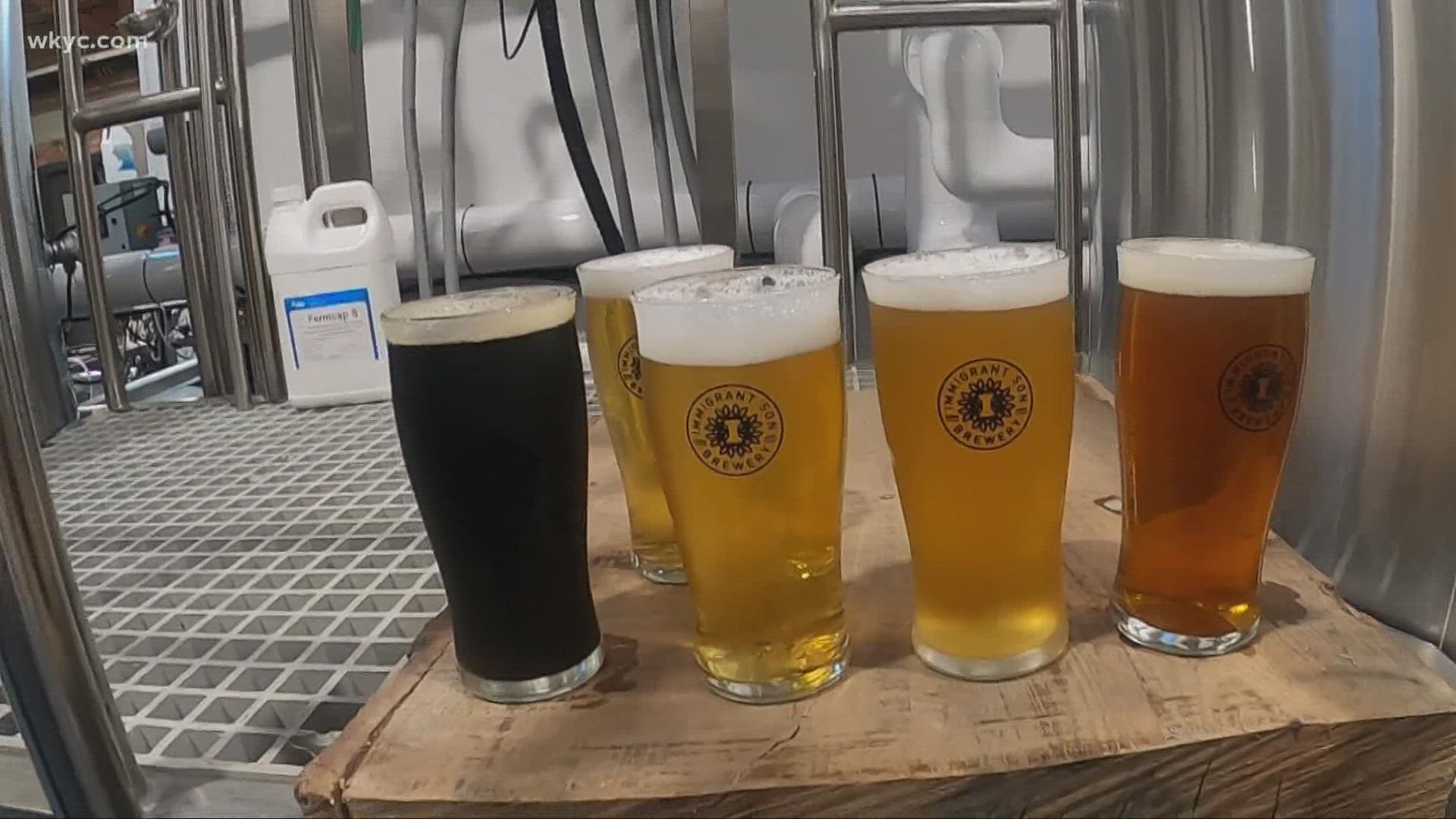 LAKEWOOD, Ohio — Lakewood residents and beer lovers alike have been impatiently waiting for Immigrant Son Brewery to open in the city's West End neighborhood. Now, the ambitious project — more than two years in the building plus more in the planning — is finally approaching the finish line, and ttaps should start flowing some time at the beginning of October.

When the former Constantino's Market closed, Andrew Revy saw a silver lining. The 9,000-square-foot building would make an ideal brewery, the owner thought, thanks to its solid foundation, spacious interior and generous parking lot.

Efforts were made to retain original features such as skylights, exposed timber framework, windows and even the walk-in dairy cooler. The airy main dining room boasts cathedral ceilings, a 15-seat bar, booth seating and casual high-top lounging. A patio will also be added down the road.

Looking for a new spot to check out in #Lakewood? We have the perfect place! #Cleveland #ClevelandTikTok #LakewoodOhio #clevelandfoodie

Guests seated in the main space will have open views to the brewhouse, where brewmaster Erik Luli will be cooking up classic styles like pilsner, saison, Kolsch, common ale, IPA and stout. He's been hard at work for weeks to stockpile a healthy selection of beers for opening day, and those will also begin appearing at select bars and restaurants around town.

In addition to the fresh suds, a full bar will offer wine and cocktails.

In line with the brewery's name, executive chef Rob Dippong has created a globally inspired menu that draws on our city's melting pot roots. In the snacks and starters category, there will be meat and cheese boards, smoked and grilled whole chicken wings, Kolsch-steamed mussels frites, and cheddar-filled pierogies with onions. There's also a variety of lángos — the classic Hungarian fried bread — with different toppings. Also on tap is a shaved cucumber and beet salad with dill and sour cream.

Immigrant Son is more than a catchy name; it's the foundation of the entire project and is what has motivated Revy the entire time.

"I'm a first-generation American," Revy explained. "My parents are from Hungary, who came here two weeks before the revolution, so I'm an immigrant son."

Revy told us his father escaped Hungary right before the Hungarian Revolution in 1956 before going back years later to deliver a gift, where he met his wife. The couple married in Hungary, but came to the U.S. to raise their family, thus the name "Immigrant Son."