The recipe book comes on the tail end of an unprecedented year at the farm. 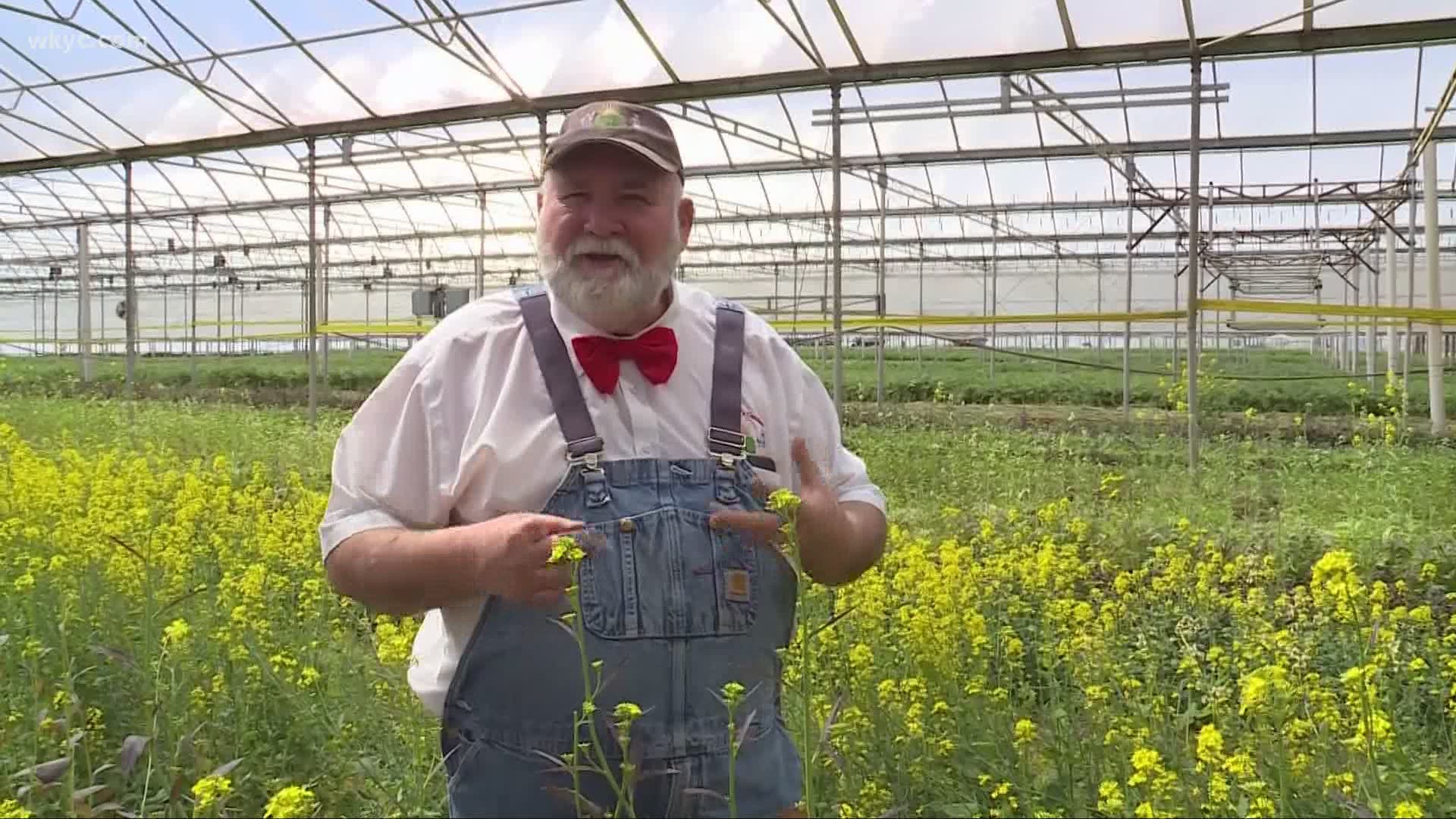 HURON, Ohio — Farmer Lee Jones’ family has been farming in and around Huron, Ohio, for generations, owing to the land’s rich, sandy loam, a vestige from when it was lake bottom.

Like their colleagues at the time, the family cultivated cash crops like beans, corn, and soy for sale to large wholesale buyers. But Mother Nature had a surprise in store for the Joneses, one that would upend their lives and completely reinvent their business model.

“In 1982, we had a devastating hailstorm and it wiped everything out,” explains Jones. “We auctioned everything off, right down to my mother's car and our house, and we started over.”

But starting over did not mean doing the same-old things. Following some advice from a friend, the family began moving away from cultivating commodity crops, in which the goal was to grow as much food as possible in as small a plot as possible, and toward growing specialty produce for chefs.

“We were desperate to find a way to survive in agriculture and here was path,” Jones recalls.

In the years since, the Chef’s Garden has become synonymous with quality, flavor, and nutritional density. The farm’s impeccable produce has been a cherished resource in many of the finest kitchens around the globe, including those found at Ritz-Carltons, Four Seasons, and even the White House. It's also sold to residents around the farm with the yearly farmer's markets in the summer.

Nobody knows better than a farmer to expect the unexpected, but the Covid pandemic proved just as devastating to the Chef’s Garden as that destructive hailstorm. Overnight, almost all of their customers closed up shop, leaving the Jones family with bushels and bushels of unclaimed product on its hands. So the family pivoted by offering produce directly to the public on a regular basis for the first time. They even busted out a 40-year-old roadside farm stand from which to sell vegetables.

Slowly, says Jones, the restaurant world is waking back up. It may be some time for business to return to pre-pandemic levels, but if and when it does, the Chef’s Garden will be ready.

“We're seeing some restaurants around the country recover and we’re their biggest cheerleader,” he says. “We want them to succeed and survive and make it and we would do anything to help them.”

In other good news, a cookbook more than two years in the making will be available wherever books are sold on April 20, 2021. “The Chef's Garden: A Modern Guide to Common and Unusual Vegetables - with Recipes” is more than a cookbook, it’s part vegetable reference bible, family memoire, and recipe repository. The book features more than 500 entries of herbs, edible flowers, and both common and uncommon veggies. Chef’s Garden chef Jamie Simpson offers more than 100 delicious ways to use that bounty.

“It’s a collection of some of our trials and errors, but also our successes,” states Jones. “I hope the book helps inspire people to look at ways they might use vegetables that they never considered before.”

You can pre-order a copy of the book from wherever books are sold. Find links to all of that on the Chef's Garden website. The book officially comes out April 27th. And if you pre-order now, you will also get a spot on a zoom cooking demo with Farmer Lee and Chef Jamie Simpson.

The farmer's market is open through mid-May on Saturdays only, from 9 to 4. Follow the farm on Facebook for updated times and events.

Watch the full interview with Doug and Farmer Lee in the player below.