3 restaurants we can't wait to try in 2021: Doug Trattner reports

A Bay Village favorite gets new life, the owner of the Bravo and Brio restaurants opens a new endeavor, and there's something new to look forward to on East 4th. 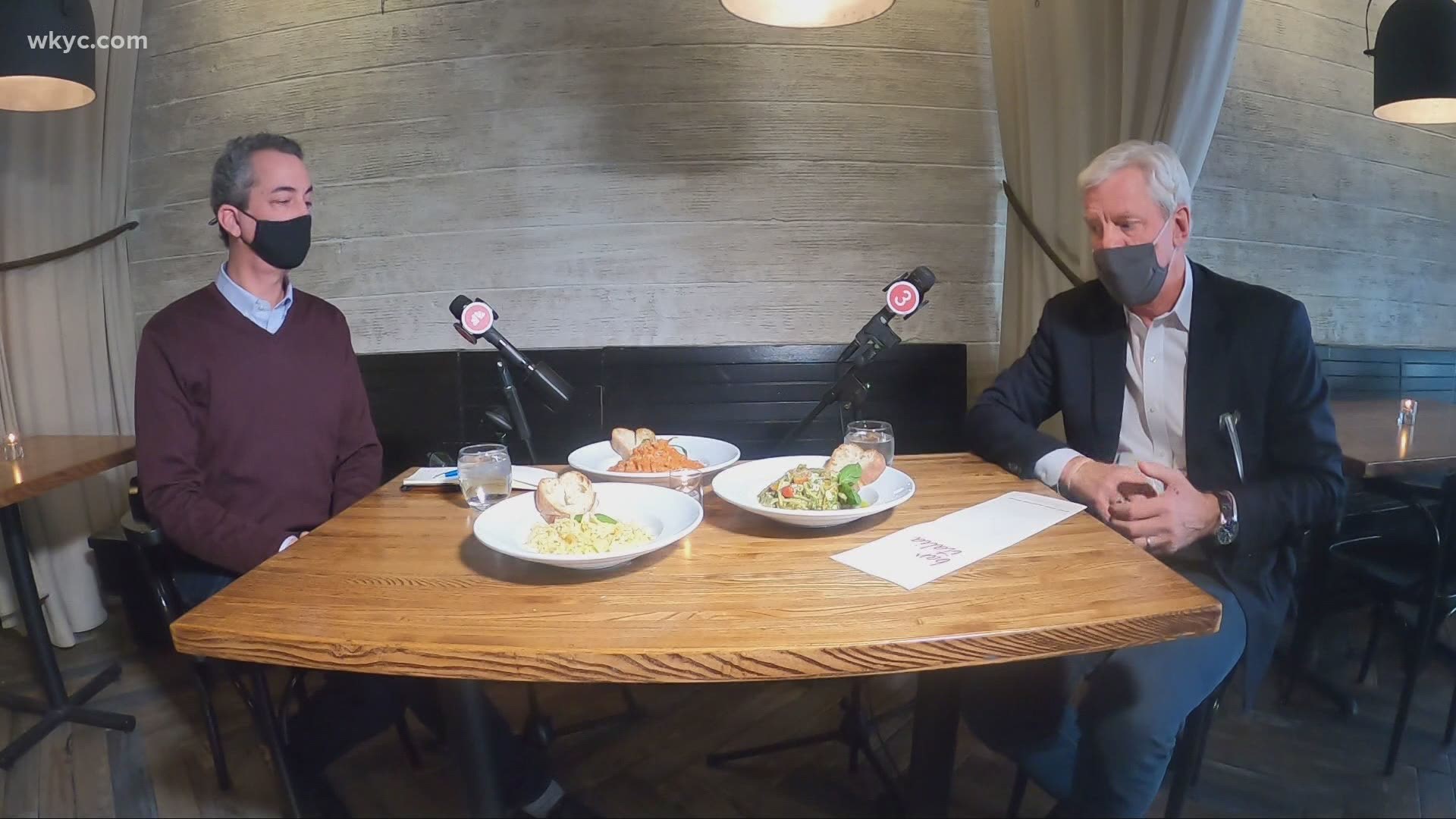 That’s why, despite the current state of the economy, chefs and owners continue to plan new restaurant openings. Choosing to look ahead to brighter days, when dining out returns in full force, the following operators will roll out new concepts in the coming weeks and months.

3News contributor Doug Trattner looked into some of the best new places in the Northeast Ohio area, and why they are worth a shot.

Within weeks, Matt Harlan will open Chatty’s Pizzeria in Bay Village. The family-friendly restaurant sits across the street from Lake Erie on the Huntington Reservation of the Cleveland Metroparks. For more than a decade, the historic structure was home to Vento la Trattoria. The new owner says that it was that unique location that motivated him to open his first restaurant.

Harlan recently left the employment of Michael Symon Restaurants, where he worked for more than two decades. He started at the original Lola in Tremont before moving on to Lolita, Bar Symon, and B Spot Burgers, where he was regional manager.

For months, Harlan and his team have been hard at work making the space their own. A talented family member has covered most walls with colorful, playful, and original artwork that ties in the lake theme. An open kitchen has been added to the main space, a visible nook from which Harlan will shape, top, and bake pizzas. Those pizzas – traditional New York and sheet-pan-style “Grandma” – will be joined by charcuterie boards, antipasto and burrata salads, meatball subs, and roasted chicken hoagies.

The restaurant takes its name from Harlan’s longtime nickname. His friendly, talkative nature has served him well all these years as he’s built up a devoted troop of friends and followers, all of whom are eagerly awaiting opening day. Look for Chatty’s to open in mid-February.

Few people have more restaurant experience than Rick Doody. Doody and his brother co-founded the Bravo and Brio restaurant group, before selling off the brands. Locally, Doody has opened Cedar Creek Grille, 17 River, and Lindey’s Lake House. It doesn’t take this prolific operator long to see when a concept isn’t working, and after two years of trying fit a round peg into a square hole, Doody has decided to pull the plug on the Lakewood location of Lindey’s. In its place will be Bar Italia.

The Italian restaurant will feature fresh pasta from Flour Pasta Co. and fresh-baked breads from On the Rise bakery. Diners will be able to mix and match between a half-dozen fresh pastas and a half-dozen different sauces.

Management has been making changes to the interior of the restaurant, even while Lindey’s continued to serve customers. The result is an attractive, contemporary dining room and bar. Look for Bar Italia to open before the end of January.

Their website is being updated now, but you can check back on it here.

Chef Dante Boccuzzi has been planning Goma for more than two years. The Japanese-fusion restaurant originally was bound for Pinecrest before the chef claimed the former Chinato space on E. Fourth Street. Work already has commenced on the prominent spot with plans for a spring opening.

The most dramatic changes will see the removal of the wall that separated the lounge from the dining room. When the dust settles, Goma will feature a prominent sushi bar in the heart of the space. In addition to the extensive selection of sushi, the restaurant will feature an eclectic array of dishes culled from the chef’s travels around the globe.

In the basement, Boccuzzi plans to open a modern Japanese craft cocktail club called Giappone that will be open on weekends and during special events in Cleveland.

Updated will be posted, here.

RELATED: Comfort Food Friday: How to make shepherd's pie with this Whole30 recipe