Hassle for 'The Castle'; The Orlando location is billed as the world's largest. 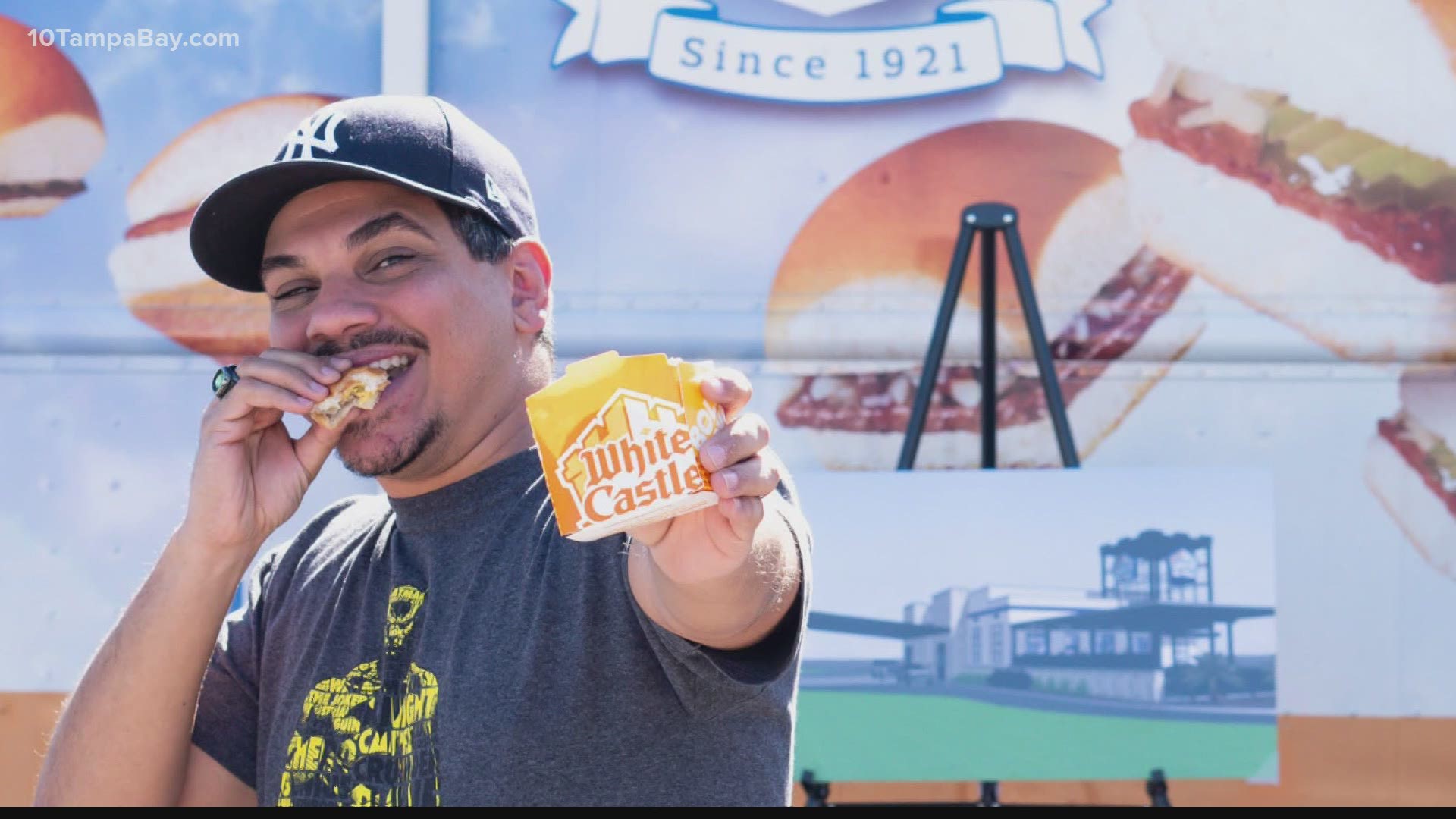 ORLANDO, Fla. — It's been years, decades even, since a White Castle restaurant last satisfied cravers' appetites for burger sliders in Florida.

Fans got a bit of a taste a couple of months ago when the company opened a delivery-only kitchen in Orlando, but was forced to shut it all down because of intense demand.

But cravers, rejoice: White Castle is opening its largest, free-standing restaurant come Monday, May 3. According to WKMG-TV, the location at Daryl Carter and Palm parkways will be the first White Castle in the Sunshine State in more than 50 years.

It's a full-service restaurant with everything the fast-food company offers, like its chicken rings, breakfast sandwiches and, of course, the sliders. Guests will be limited to 60 of them per visit on opening day.

We’re less than 72 hours away from opening up shop in Orlando! Just a heads up, due to high expected demand, there is a limit of 60 Sliders per order. We’re opening @ 8AM on May 3rd, and then our hours will be 9am-1am. pic.twitter.com/W9CpeAJmoc

The company has hired 120 employees and managers to run the 4,567 square foot restaurant, complete with two drive-through lanes plus indoor and outdoor seating, the Sentinel says.