Greenhouse Tavern in Cleveland to officially close after Saturday night, 8 days ahead of schedule

The restaurant is apparently running out of food to serve. 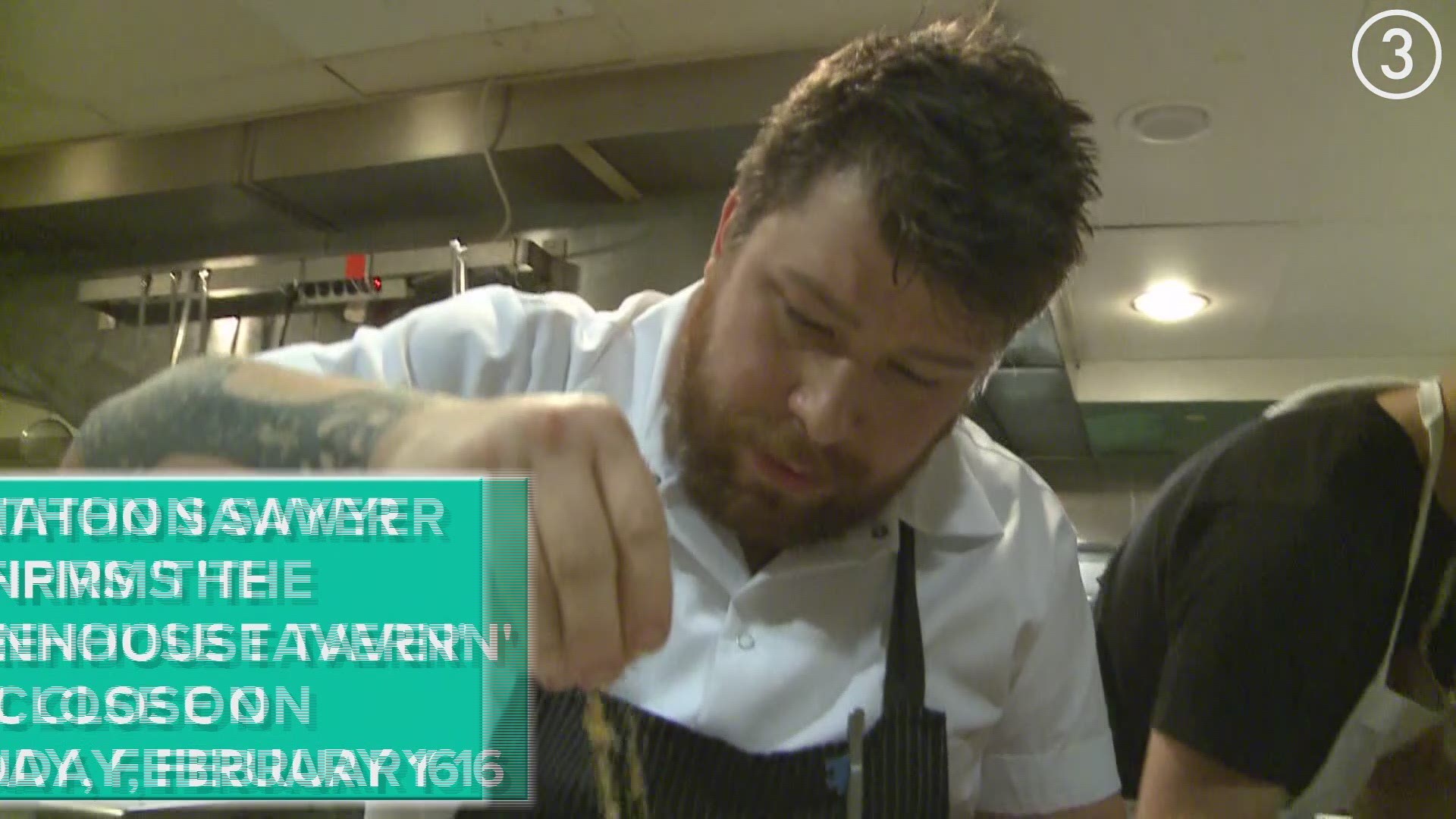 CLEVELAND — Head chef Jonathon Sawyer had already confirmed this week that his flagship restaurant, Greenhouse Tavern, would be closing later this month. However, it now appears to be shutting down sooner than expected.

Greenhouse Tavern says Saturday night would be "our final service," according to a copy of the menu obtained by 3News. A message written at the top reads, "We are sold out of various product and unable to continue further. We thank you for your love, support and patronage over the years."

A viewer who sent us the photo of the menu (which shows limited options) said no one who did not already have a reservation was allowed a table. As a result, there was a long line for those who wanted to sit at the bar.

Residents were stunned on Thursday when Sawyer first spoke of the restaurants demise, as the popular downtown Cleveland location had been around for 11 years and even won national awards for its service. Sawyer had said food would continue to be served until Feb. 16, but it appears that will now not happen.

Exact reasons for the closure are still unconfirmed, but according to Cleveland Scene's Douglas Trattner (who first broke the story of the closure), employees were becoming increasingly disillusioned with Sawyer's leadership. While none questioned Sawyer's culinary skills (he won the 2015 James Beard Award as the best chef in the Great Lakes region), multiple people told Tratter he was rarely around, and that the financial situation slowly deteriorated.

Cuyahoga County court records also show that, back in August, Team Sawyer LLC (run by Sawyer and his wife Amelia) was ordered to pay more than $500,000 (plus %7.25 annual interest) to Chemical Bank after defaulting on a loan. The judgement can be seen below:

Two of Sawyer's other local restaurants (Trentina in Cleveland and Noodlecat in Westlake) have also closed in the past year, although for the moment he is still affiliated with Sawyer's in Shaker Heights and SeeSaw (a partnership with former Indians All-Star Jason Kipnis) in Columbus. 3News has reached out to Sawyer for further comment, but he declined to speak on the record until the after Greenhouse's last meal had been served.

EDITOR'S NOTE: Douglas Trattner also does feature work for WKYC Studios, which is separate from his work at Cleveland Scene.