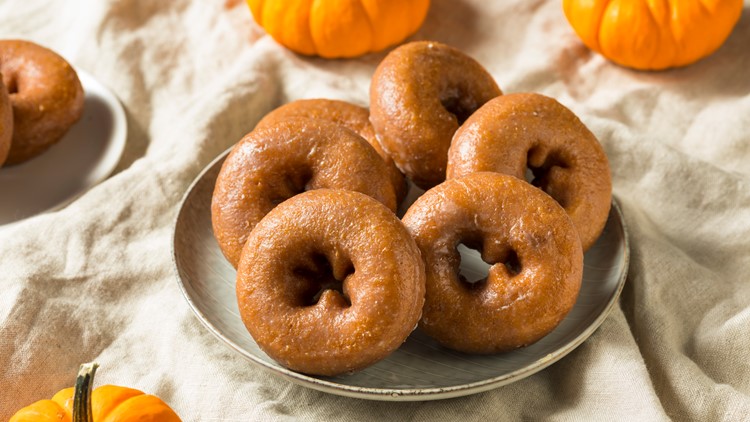 Here's where to find fall flavors beyond the pumpkin spice latte

Most might argue that it's too early for pumpkin spice season, but ask around and you'll find some folks who are ready for all things fall.

Lakewood's Addicted coffee and ice cream shop is launching its fall menu the Tuesday after Labor Day. The indulgent lineup includes some more standard fall options like the pumpkin spice latte and salted caramel mocha, but don't skip the other specialties, including a maple bacon latte and caramel butterscotch latte. Best of all, any drink can be made hot, iced or frozen.

Karen's Dairy Grove in North Ridgeville is fully embracing pumpkin season, even if it's just for two weeks. The shop started serving pumpkin ice cream Monday, and says the flavor will remain on the menu until Dairy Grove closes for the season Sept. 7.

DQ is keeping some of its fall favorites in addition to two new treats. Pumpkin Pie Blizzards are returning in addition to fan-favorite Snickerdoodle and Snickers Blizzards. New this fall are the Harvest Berry Pie and Heath Caramel Brownie Blizzards.

Where: All DQ locations

RELATED: Dairy Queen Blizzard candles are here for your home

Ice cream may be the ultimate summer treat, but that doesn't mean the flavors have to remain the same. Honey Hut will soon switch to some fall flavors on its September menu, which includes pumpkin caramel gingersnap and honey chai. Honey Hut will amp up the pumpkin come October, when it adds pumpkin pie and pumpkin pecan ice creams to its lineup.

Where: Find your nearest location here.

Lakewood's Ice Cream Joy is offering some unique flavors for those who dare to be a little different this fall. The shop says its vegan cayenne sweet potato ice cream is its most popular fall flavor, while pumpkin coffee sorbet is also a favorite. Despite its name, Ice Cream Joy also has options for non-dairy diners, including a white chocolate cinnamon biscuit.

Fall will soon find its way into Jack Frost's donut lineup, which never lacks in variety and creativity. Jack Frost says its fall options will include maple cinnamon crunch, s'mores and caramel apple cinnamon donuts. Cinnamon rolls with maple icing and pecans will also be available.

This Ohio City hot spot will soon shift to serving bowls of savory ramen once the weather turns too cool for ice cream. Until then, Mason's will embrace fall with some autumn-inspired offerings starting in mid-September. The shop says its pumpkin roll ice cream, a blend of cream cheese and pumpkin spice flavors, is one of its most popular, while the apple cider sorbet was endorsed by Food Network's Alton Brown. He even said it was the best thing he ate during his visit to Cleveland.

Many Northeast Ohio beer drinkers have their sights set on Christmas Ale, but don't forget that Cleveland breweries are hard at work on brews to bridge the gap until Christmas season. Noble Beast says it'll be tapping a fall saison next week, an ale brewed with orange peel and rye from Cleveland's Haus Malts. Saison season will continue later with another ale made from local sweet potatoes, ginger, cinnamon and nutmeg.

Phoenix's fall spice latte doesn't officially launch on menus for another two weeks, but the brand said via Twitter that it's already available for those who ask. As winter approaches, coffee lovers can look forward to more specialties, such as peppermint mochas and gingersnap lattes.

Where: Find a Phoenix location here.