You would never know this meatball is actually made from fruit 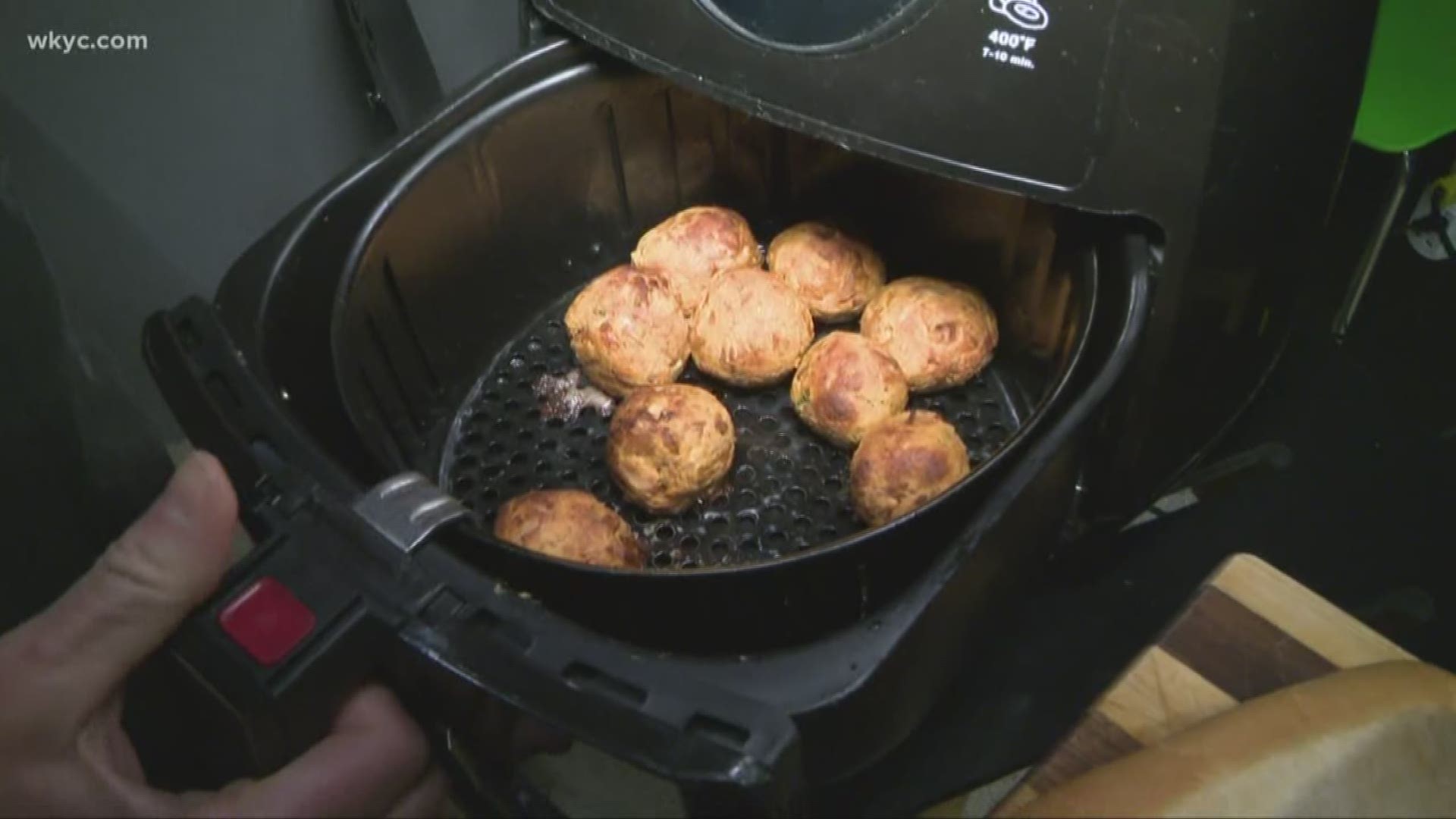 CLEVELAND — Anyone who knows Maureen Kyle knows she eats and cooks healthy.

So when she told her co-hosts Dave Chudowsky and Hollie Strano that her "Challenge Week" task was to make a meatball sub, they knew something was up.

Kyle ended up turning the tables as she teamed up with Anna Harouvis from “Anna in the Raw," who cooks for a lot of athletes.

Instead of a traditional meatball sub, they created meatballs from jackfruit, and cheese from potatoes.

And it totally fooled them that it wasn't meat (scroll down for the recipe).

Earlier this week, Strano was first to take on "Challenge Week" as she accepted the "Scare Your Soul" challenge.

RELATED: Hollie Strano gets real by taking the 'Scare Your Soul' challenge: We dare you to try

1 can of jack fruit or shredded 20 ounces

May use oregano if you're going for more traditional taste meatballs

1 cup of almond or chickpea flour

You can use a scoop or simply gloved hands and form the size netball you want.

Air fryer for 20 minutes at 350 degrees or in the conventional oven until golden brown.

Make a sub or over zucchini noodles or pasta and done!

RELATED: Here’s why the #ChairChallenge is nearly impossible for men