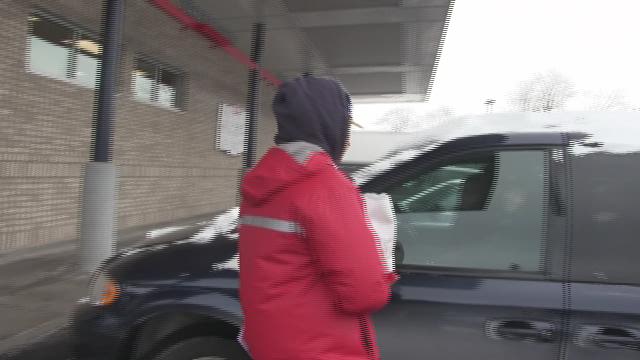 Yep, folks can now sink their teeth into the iconic Swensons burgers at a new location nestled near John Carroll University.

WKYC was given an exclusive tour Friday as the company continued its “soft opening” week of their eighth eatery.

“We thought Cleveland would be the most logical progression for us after not opening a stand for 16 years,” said Swensons spokesperson Crystal Griffith.

The location, which sits at 14510 Cedar Road, will hold its official grand opening on Monday, Jan. 8.

The drive-in joint has been an Akron staple for decades.

“For anybody who grew up in the Akron area they kind of know it, but for anybody who's unfamiliar with the drive-in experience, this is all curbside dining.”

That means when you pull into a parking spot, a Swensons server will race out to your vehicle on foot to jot down your order.

“They sprint and smile to your car.”

See photos from the new location:

Known for its signature Galley Boy, which is a double cheeseburger smothered in two sauces, Swensons is consistently ranked among America's best burger spots. It's even a favorite of Cleveland Cavaliers star LeBron James.

“The Galley Boy is at the top of the list for a lot of people when they come,” Griffith said.

Swenatics -- the nickname for Swensons fanatics -- will notice the University Heights location has a slightly different look.

“We really wanted to find an eye-catching design,” Griffith explained. “We wanted to make sure that we look unique, but also look like we're part of the [Swensons] gang.”

So what's next for Swensons? Speculation is swirling the company could make its biggest leap from Northeast Ohio by expanding to Columbus later this year.

“There have been a lot of rumors and a lot of things that have been said, but unfortunately I can't confirm nor deny those things at this time,” Griffith said. “Continue to look for us in the news in the future and we'll be sure to let you know what's going on as soon we can.”