Turkey, mashed potatoes, gravy, stuffing all on one cheesy pizza! 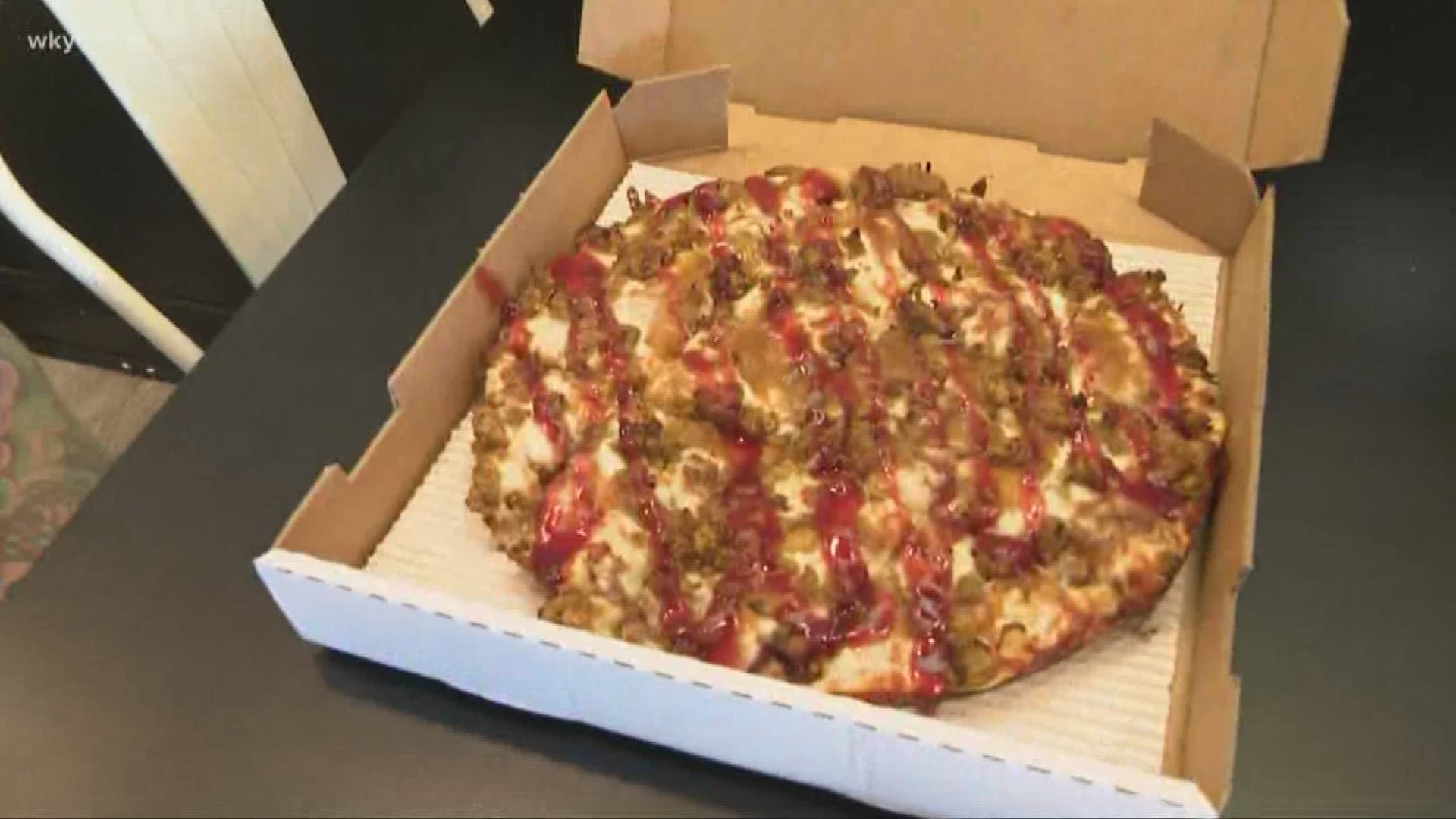 BRUNSWICK, Ohio — We are a week away from Turkey Day, and there is one thing we are thankful for all year long: Pizza!

Ohio Pie Co. in Brunswick is known for crafting unusual pizza, but their Thanksgiving Leftover pizza tops the list.

When they opened up shop in February, owner Nick Robson wanted to carve out his own slice in the pizza world. Being from the Buckeye State, the lifelong pizza lover didn't want to serve Chicago style or New York style pizza.

"I don't like playing by rules," laughs Robson. "Opening up a New York style shop or a Chicago style shop, or whatever it may be in Ohio, didn't make sense to me."

Instead, he embarked on making his own signature style: The Ohio style pizza.

It's a thick crust pizza, loaded with fresh toppings where the sauce is swirled on top. He features everything from your standard cheese and pepperoni pizza, to pickle pizza!

He continued that unusual pizza trend this fall, unveiling the Thanksgiving Leftover Pie.

"Thanksgiving is one of those meals where you can kind of mash everything up," said Robson.

He starts the pie with mashed potatoes, topped with turkey doused in a thick gravy. He then tops that with cheese, stuffing and a final swirl of extra gravy. Once it is taken out of the oven, he then tops it off with a drizzle of homemade cranberry sauce.

"Everything you love about Thanksgiving in one convenient pizza!" says Robson.

Ohio Pizza Co. is located in Brunswick off of Pearl Rd. They will be featuring the Thanksgiving Leftover Pie until the end of November.