How one woman and a stuffed elephant changed thousands of lives: Forget-Me-Not Baskets

October is pregnancy and infant loss awareness month. The Forget-Me-Not Baskets initiative began as a random act of kindness to help families cope. 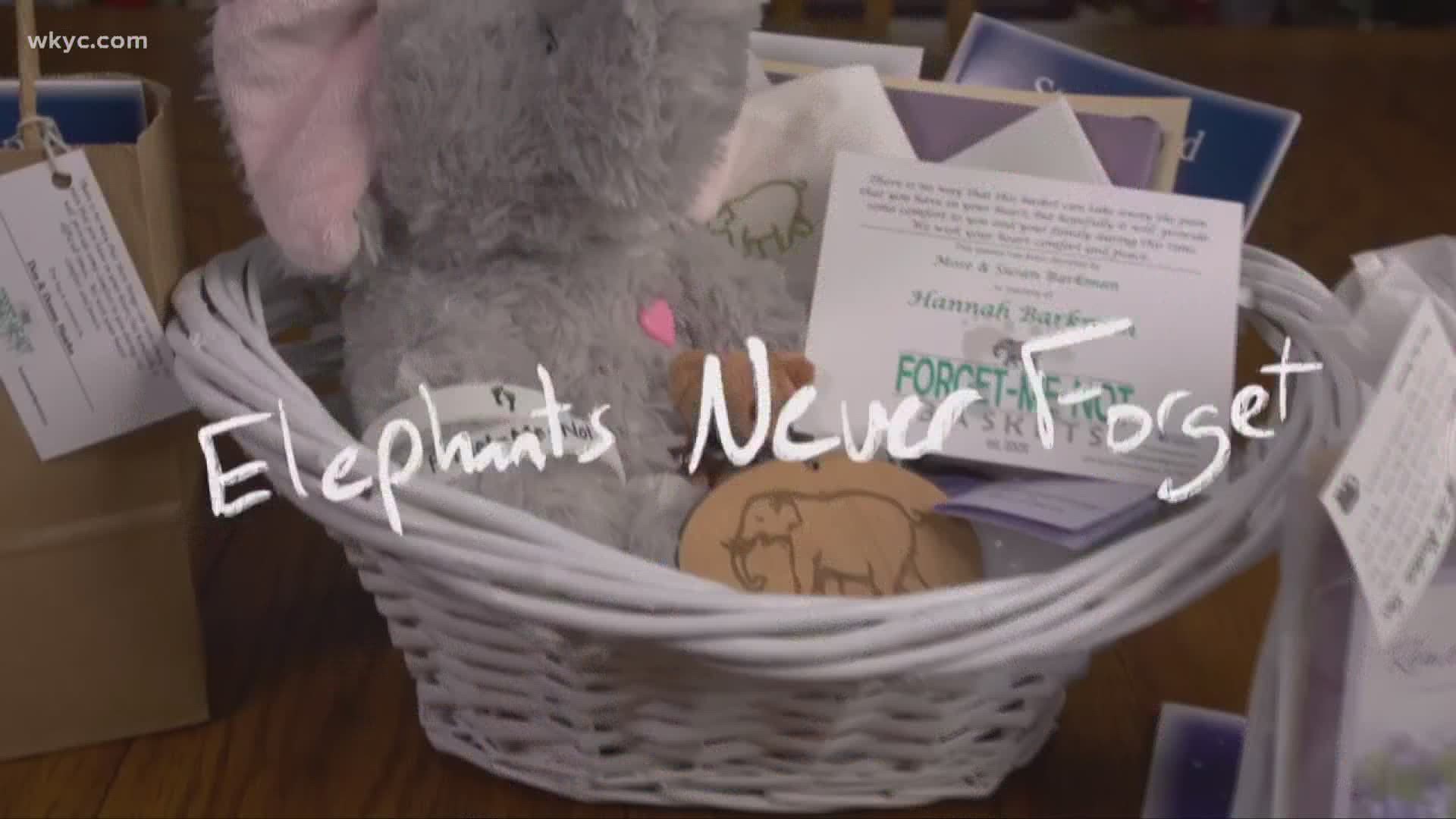 WOOSTER, Ohio — "I have learned that it doesn’t take tragedy to start a cause, it just takes compassion," said Sara Ringle, founder of Forget-Me-Not Baskets.

Dealing with death in a family is never easy, and the loss of a baby, either through miscarriage or during infancy, is no exception.

According to the Cleveland Clinic, one in four pregnancies end in miscarriage. A statistic that Ringle wanted to bring awareness to.

"I personally have not ever had a loss. It came to be from a random act of kindness. I was in a moms group and ended up donating a basket to a local hospital."

A random act of kindness that’s helped more than 4,000 families including the McAllisters.

McAllister grieved through a stillborn pregnancy in 2013 and a miscarriage in 2014, but it was the love and support from her family and Forget-Me-Not that got her through her darkest time.

"I just think staying involved with Forget-Me--Not and helping other families, it was a way to channel that loss."

In January of 2015 McAllister gave birth to a set of healthy twin boys, and three years later another boy.

"We have always talked about Rory. The boys know they have a brother in heaven."

But she still keeps a symbol of Rory close -- a stuffed elephant, a symbol that represents to never forget.

"We still have his basket. I have an elephant handkerchief in my drawer. I think that’s special that he’s a part of our family even though he’s not here with us."