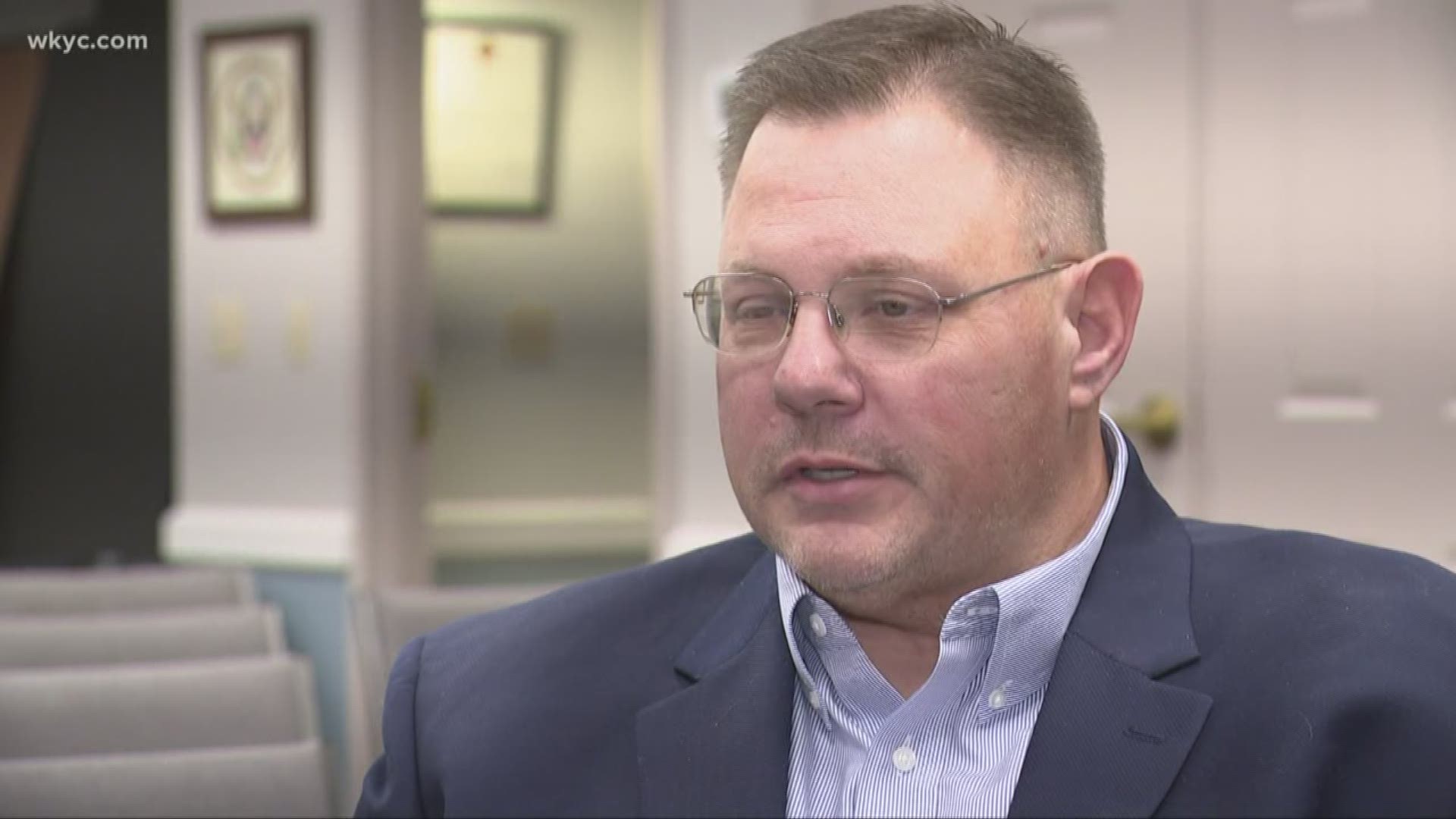 CHARDON, Ohio — Eight years ago, former Chardon High School football coach Frank Hall didn’t know he’d be in front of a crowd, asking for votes to make it to the Ohio House of Representatives.

In February 2012, he put his life on the line. He chased a gunman out of Chardon High after he killed three students and injured three others.

Many people remember his face and his actions since he was featured on Sports Illustrated and hailed as a hero. Now, he’s moving to an advocate.

“My life has been about service to my community, to the kids in our community, the children so this is just the next step I want to take,” Hall said.

He’s running against incumbent Diane Grendell for the House seat, a move he says is needed to represent concerns on a local level. Unfortunately, he has firsthand experience with some of those issues.

“I think it's a society issue, we need to continue to work hard protecting our schools,” Hall said. “The best way we're stopping these things are going to be word of mouth, we need people in there that kids feel comfortable going to.”

Hall’s plan is to use town hall meetings to reach voters, to talk about issues that are important to them like investing in mental health, fixing school funding and gun control.

“I believe the second amendment is one of the most important rights in our country, but along with that we need to be responsible for that right,” Hall said. “Bump stocks, high capacity magazines, conversion kits that create fully automatic weapons, that's not what the founding fathers had in mind.”

“I'm not a politician, I'm what President Reagan called a citizen politician...he would call them the last line of defense for taxpayers and tax spenders, that's what I believe in.”

Hall’s next town hall meeting is in Aurora on February 13.

Representative Diane Grendell was not immediately available to speak about her platform.

RELATED: Chardon hero coach reacts to Florida shooting: 'How did we get this way?'