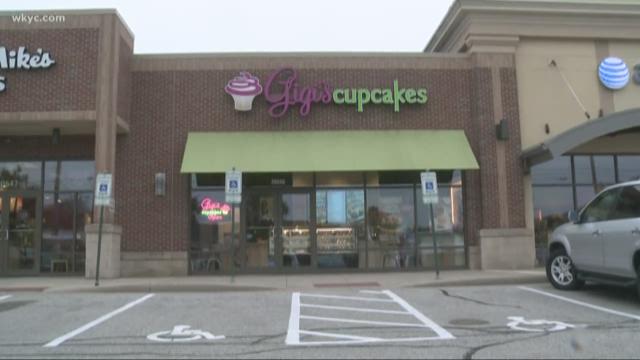 The treat shop, ran by two female best friends of 45 years who grew up in the community, has everything from a variety gourmet cupcakes, to cakes and cookies with exquisite decorations.

The grand opening celebration will be welcomed with a ribbon cutting at 3 p.m. with the Mayor of Fairview Park and the President of the Rocky River City Council in attendance.

Gigi Butler, who’s the founder of Gigi’s Cupcakes, will also make a special appearance herself.

Butler was featured on the television show Undercover Boss, and nine years after opening a Gigi’s Cupcakes shop, the company has expanded to 24 states with over 100 locations nationwide.

Gigi’s Cupcakes will offer children’s activities and provide special giveaways during the grand opening from 3 – 6 p.m.

The shop manager, Laura Brabander, says that a percentage of the sales made on opening day, will be donated to The Gathering Place.

The shop offers an array of desserts with gluten-free options, and is known for its signature “Gigi’s Swirl” – icing piled high on top of the cupcakes.

Gigi’s Cupcakes in Rocky River will be Ohio’s fifth location. It is located at 20649 Center Ridge Rd.