He was given just 5% chances of survival after a horrifying crash. Now this former Avon officer is inspiring others

'Get busy living or get busy dying. I tried the dying part, so I like the living part better.' 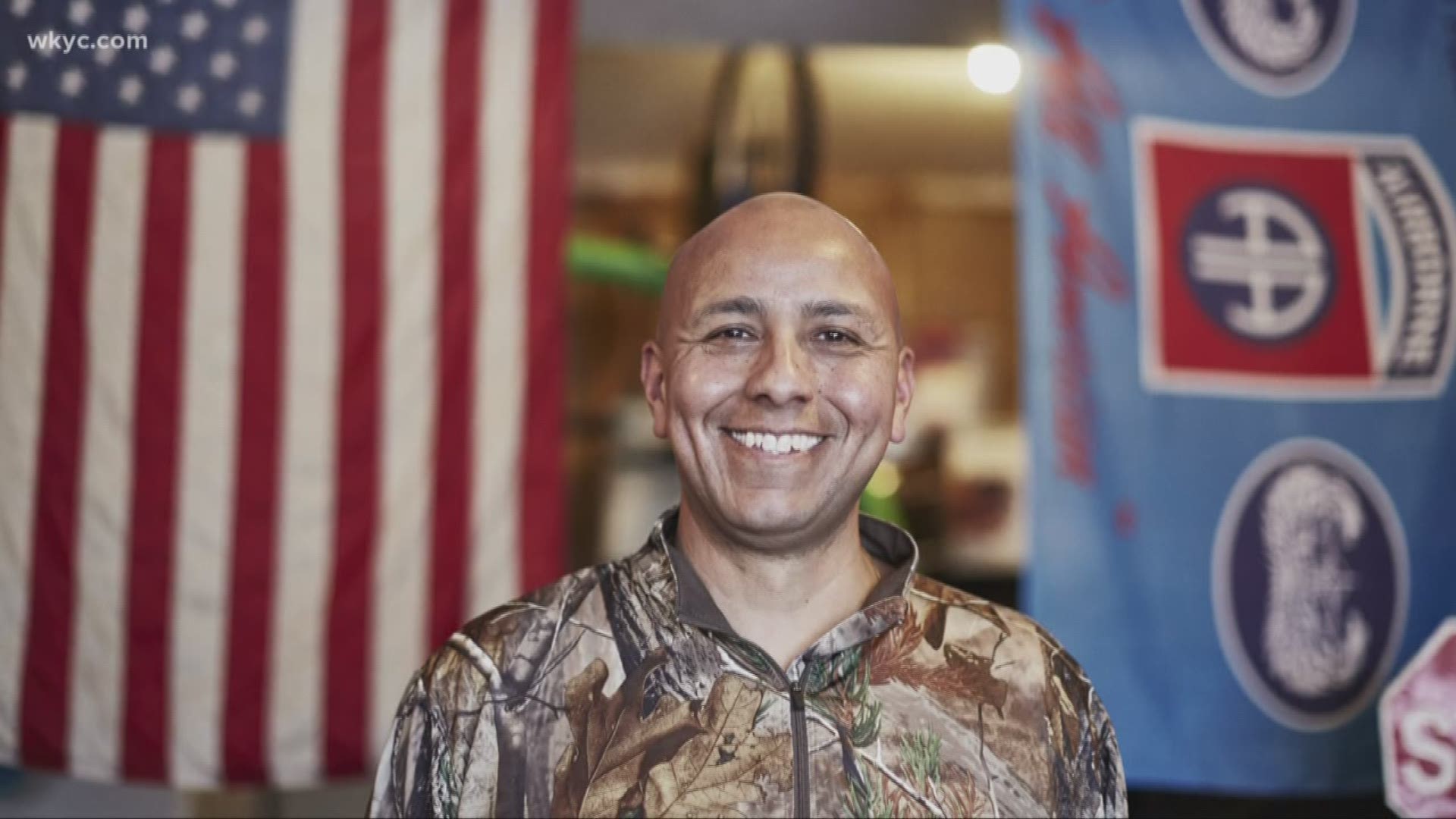 He might walk with a limp, but Pete Soto is still moving.

"I walk like a broke leg penguin," laughs Soto as we walks from room to room as he visits trauma patients at MetroHealth in Cleveland.

He knows the pain they are going through because not long ago, he was in their same position.

While on patrol with the Avon Police Department in 2010, Soto was responding to a call on his motorcycle.

"I was going down 83," Soto recalled. "A gentleman in a pickup truck pulled out in front of me."

Pete slammed into the side of the truck, which then came down on him and crushed his pelvis.

"I knew I was injured pretty badly, but I figured I broke my leg and some bones and I'd be OK."

The extent of his injuries were worse than what he could ever imagine.

"I was later told that my last rights were read to me and I had less than 5 percent chance to survive."

He was placed in an induced coma for two weeks.

"One of the nurses told me, 'Every day when I came to work I expected them to tell me that you died. Every day.' Because I just kept bleeding out."

For two months, Soto stayed at MetroHealth. In the nine years since the accident, he has gone through 15 surgeries and countless hours of rehab to get to where he is now.

"It's a blessing," said Soto. "When I got hurt I never said, 'Why me?' Never. I believe stuff happens, and stuff happens to good people all the time and it was just my turn."

Today, Soto is a volunteer for MetroHealth's Trauma Survivors Network. He now uses his story to help uplift others who are going through the same struggles he went through.

"Don't give up. There's light at the end of the tunnel no matter how bad it looks."

Soto shows that it's not his limitations that defines him, but how he continues to live with them.

"Get busy living or get busy dying. I tried the dying part, so I like the living part better."