A boy with autism had a meltdown at an Orlando theme park. This employee knew what to do

9-year-old Ralph broke down when the Spider-Man ride he was most excited for wasn't working: In came the real-life superhero. 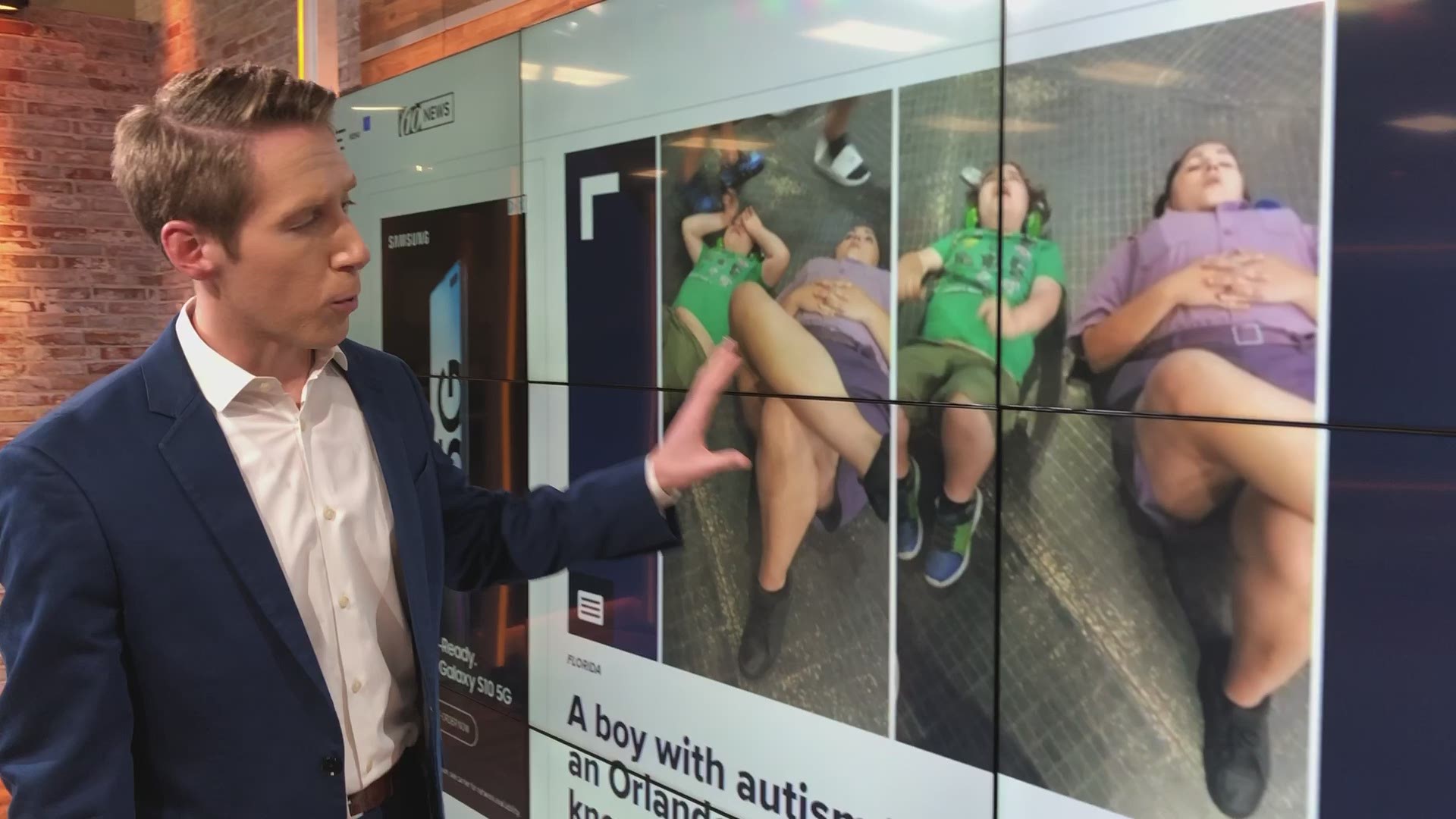 ORLANDO, Fla. — While Spider-Man seemed to take the day off, a superhero of another kind at Universal Orlando Resort made all the difference.

Lenore Koppelman and her husband took their 9-year-old son Ralph, who has autism, to the theme park last month while on a trip from New York. She told her story on Facebook: It would be the first-ever trip for the young boy, and he was so excited for The Amazing Adventures of Spider-Man ride at Islands of Adventure.

"As wonderful, loving, intelligent and incredible as Ralph is, sometimes he struggles. (Don’t we all?)," Koppelman wrote. "When he struggles the hardest, he can have something known as an 'autistic meltdown.'"

The family knocked out many of the other rides during the day, though there was one he was most excited about: Spider-Man!

"He was SO patient for SO long. As patient as he possibly could be. He would say "Okay" and sigh, and then enjoy the next ride," wrote Koppelman, "but all the while, the excitement was building up to the pinnacle of his day: The Spiderman ride near the exit of Islands of Adventure."

Finally. It was time! But as soon as the family got up to the ride -- with its vehicles in sight -- they got the news it broke down.

"Everyone was very nicely asked to exit. And Ralph, understandably, lost it. (Wouldn't you?)," Koppelman wrote. "My husband and I know the signs. We could see it coming, like an oncoming train. And yet we couldn't dodge out of the way. There was nowhere else to go.

"The autistic meltdown was GOING to HAPPEN. And happen it DID."

Ralph fell to the floor and began sobbing, screaming, rocking, hyperventilating and struggling to breathe. Koppelman tried to pull up him up before he could be trampled. Then came ride attendant Jennifer Whelchel, affectionately known by her colleagues as "Mama Jen," the Washington Post noted.

Amid the chaos, a sense of calm: Koppelman watched as Whelchel approached and told her to leave him on the ground -- and it'd be OK.

"She got down on the floor WITH HIM,” Koppelman wrote. "She rested next to him while he cried his heart out, and she helped him breathe again. She spoke to him so calmly, and while he screamed and sobbed, she gently kept encouraging him to let it all out."

Whelchel told the Post that Ralph reminded her of her 8-year-old nephew who also has autism. Her getting down to Ralph's level but giving him space is what he needed to calm down.

"Eventually, he DID feel better," Koppelman wrote. She said "Mama Jen" also offered him anything from the gift shop up to $50. "I asked her how she knew how to do that, and she told me that everyone at Universal Studios gets special training when it comes to people who are awesomely autistic, as well as other special needs.

"I hugged her for the LONGEST time... several times, if I'm being honest."

Koppelman's story since has gone viral on Facebook, with people thanking her and praising the employee.