The next route will focus on the area near Canton and the Mahoning Valley. 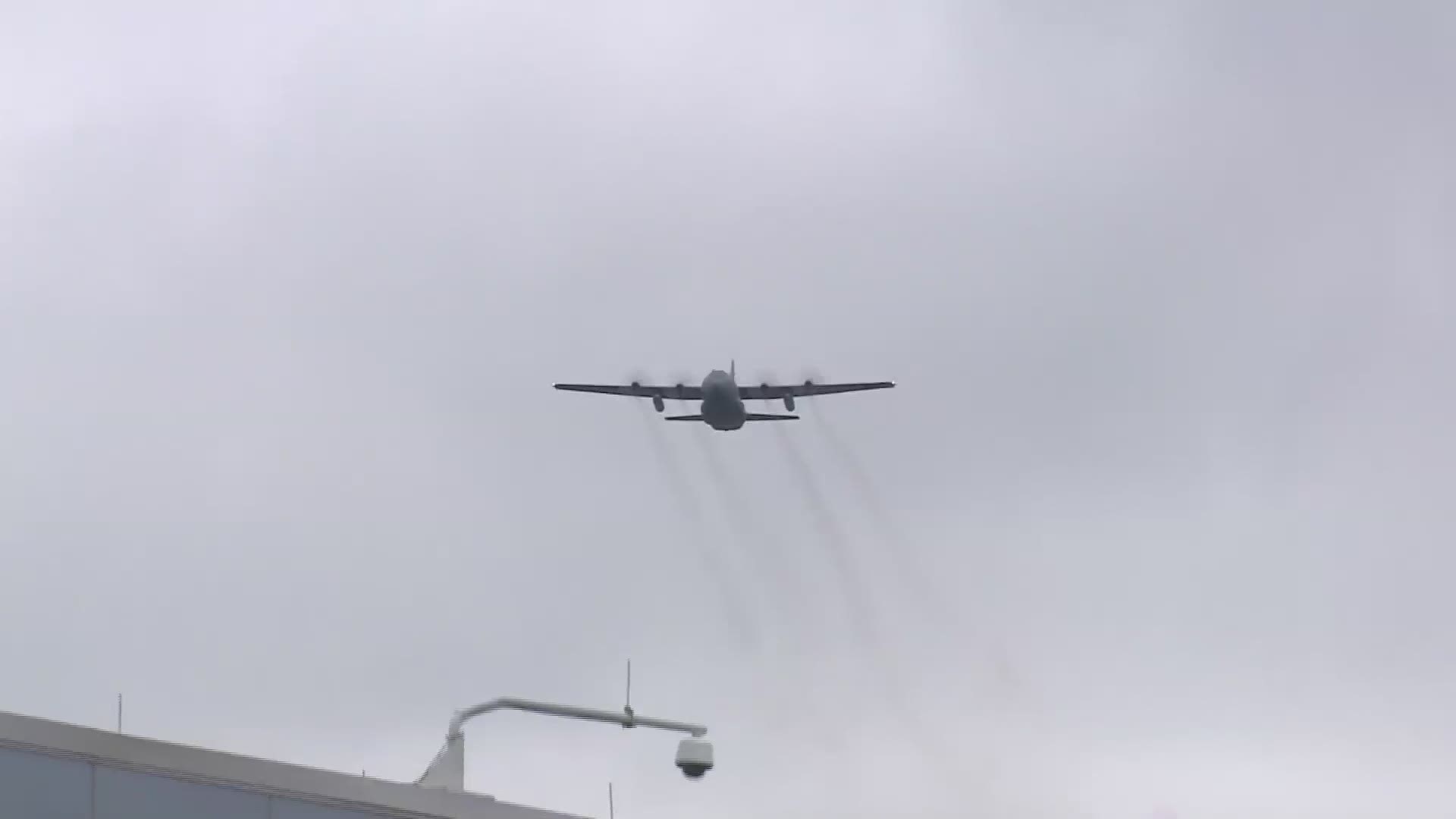 YOUNGSTOWN, Ohio — It was a beautiful sight when we first saw it on Monday. Now, the U.S. Air Force Reserve will once again be saluting Northeast Ohio health care workers.

The 910th Airlift Wing will send up two of its C-130H Hercules aircrafts to fly over various local hospitals on Thursday, just as it did earlier in the week. The second "Hercs Over America" event is a salute to those working on the front lines of the coronavirus pandemic.

3News was there to film the marvelous planes zipping across the sky during the first flyover, with locations centering around Cleveland, Akron, and Canton.

The second flyover will have a different route, with the Hercs this time focusing more south and even into Pennsylvania. Here's the list (in order):

The flight will occur during one of the 910th's regular training missions. Each hospital will be contacted when the planes approach their skies.

#3LOVESNURSES: Nominate the nurse in your life who is making a difference in Northeast Ohio

RELATED: Here's what it looked like in the cockpit of the Blue Angels NYC flyover