David Petrovic, 28, is an accomplished author, teacher and theater actor. 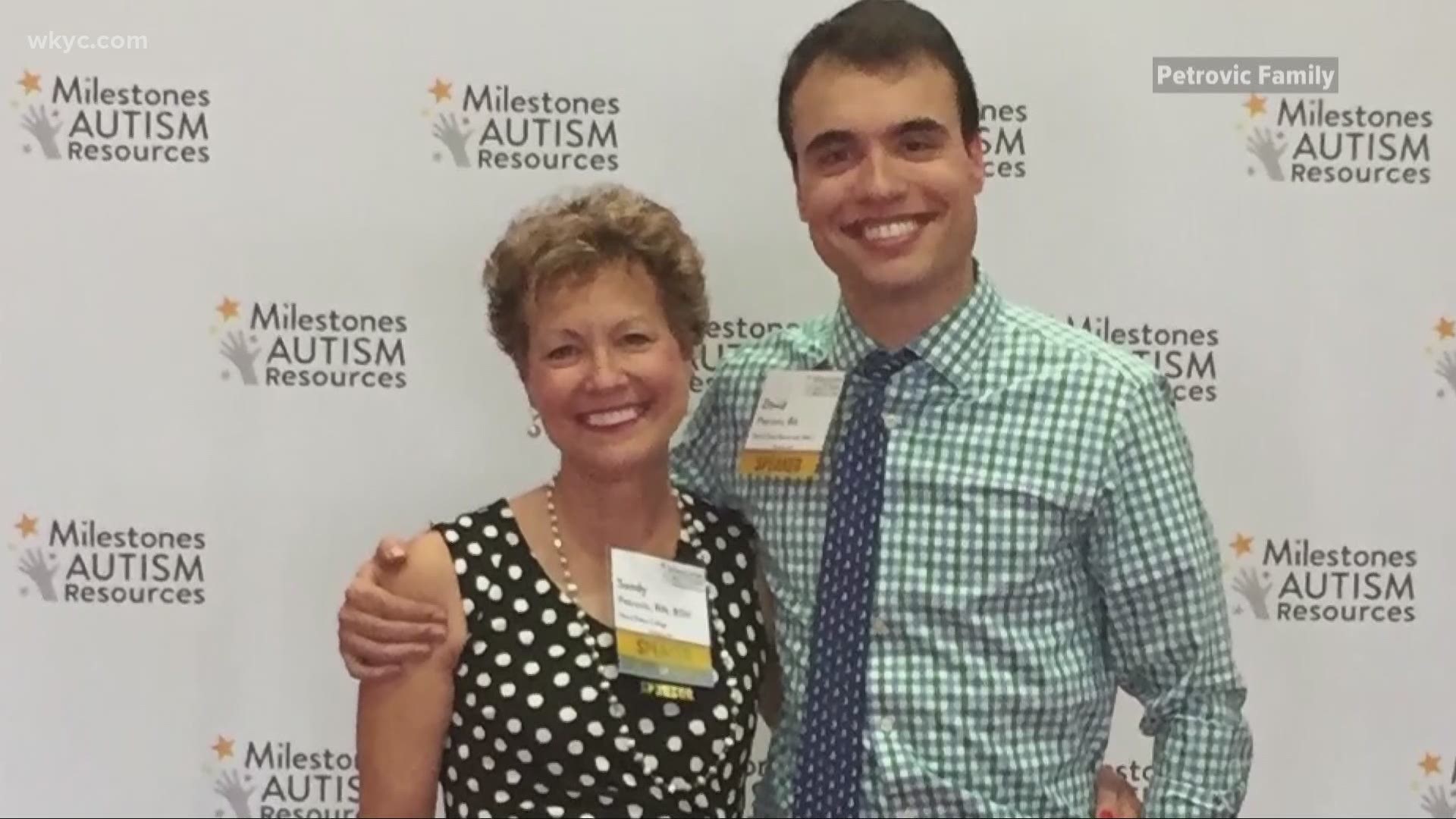 MENTOR, Ohio — Starting Thursday, what was once Autism Awareness Month will now be recognized in Ohio as Autism Acceptance Month. The change was formally announced today by Gov. Mike DeWine.

Acceptance is the very idea Mentor native David Petrovic preaches as he lives his life out loud, doing all the things few ever thought he could do.

"I went viral for a hot minute," he told us. "It was being shared all over Facebook and Instagram."

Shared for a good reason: David, who didn't speak for the first three years of his life, broke through the stereotypes of autism, giving TED talks and teaching his students that autism looks different to everyone.

"The way I see it, it's just, I think differently," Petrovic said. "I handle things differently and I go about things differently...but it's part of who I am. We've got to look past the physical and get to know the person for their heart and their soul."

Since our last story, David moved into his own place, a huge step toward his independence.

"For me, it's just keeping on top of things, keeping schedules, setting timers," he said. "Knowing that I'm in charge and that I control my destiny in a way in terms of what I accomplish."

You may also remember David's love of theater.

"I was just cast as one of the leading men, Caleb Thorpe, in Helen Todd's Voice Studios production of the Spitfire Grill," he gushed.

The play runs from May 23-31 at Helen Todd's Voice Studio in Cleveland Heights. Yes, Petrovic is a theater star, accomplished author and also a scholar.

"A couple of weeks after our last segment, I did achieve my master's degree in pastoral theology," David said.

Big accomplishments and big chances amid the pandemic, but David has a mantra so many of us could use:

"If there's one thing I've learned from this year, it's that you've got to keep moving forward," he told us. "It's recognizing that it's okay not to be okay, but you just got to put one foot in front of the other, and that in and of itself is an accomplishment."

Despite the challenges David faces every day, he's thinking of others enduring unthinkable adversity.

He wants others to learn, too, especially for Autism Acceptance Month.

To purchase David and Sandy Petrovic's book, click HERE. You can also watch our original story on David in the player below: