'Be the change that Akron needs': Just A Dad From Akron movement celebrates deserving fathers while giving back

Entrepreneur Kenny Lambert was inspired to follow in the footsteps of LeBron James, who he says is not only a great basketball player but a great father. 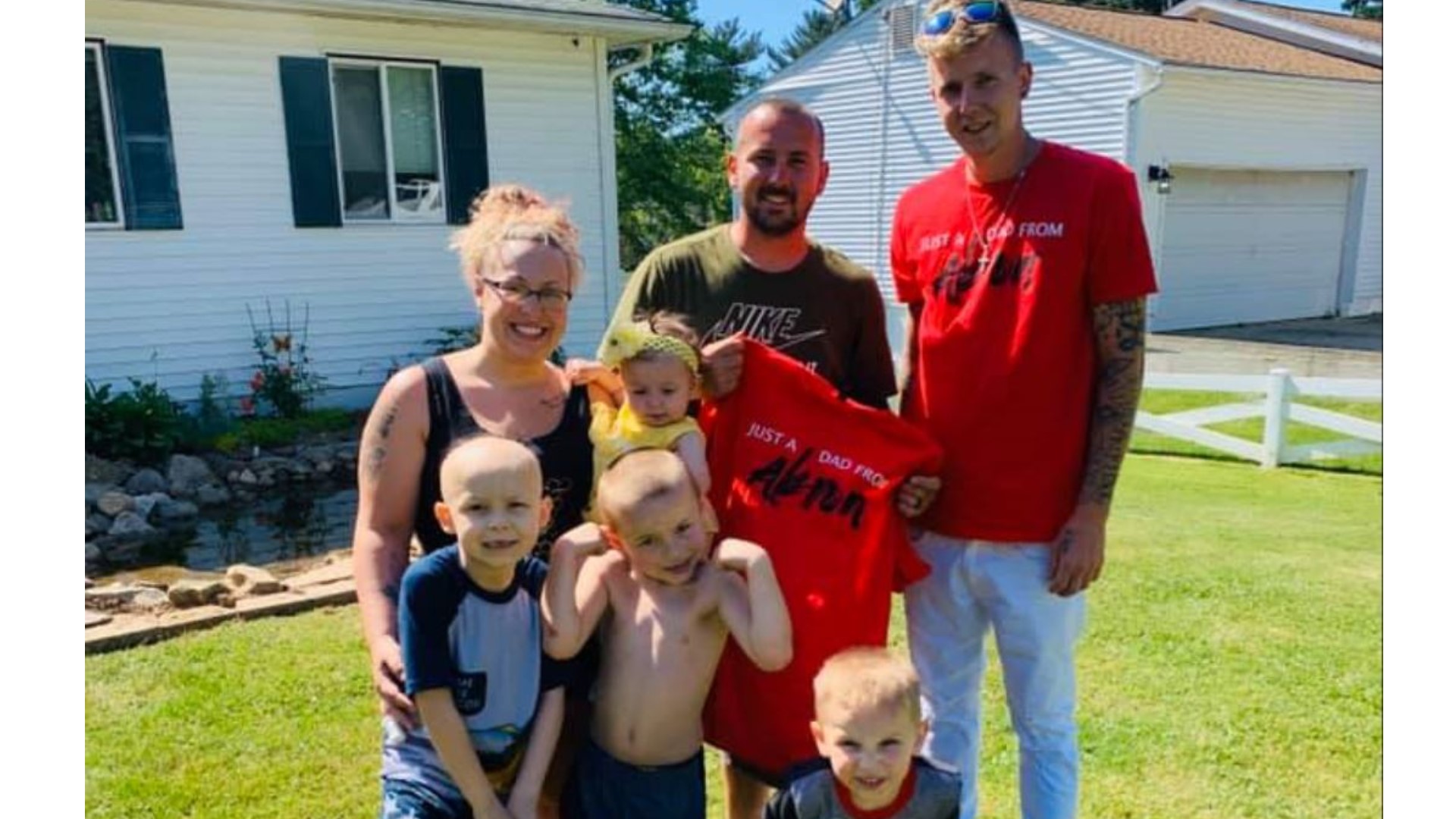 AKRON, Ohio — A dad from Akron is working to turn fatherhood into both a business and a movement that gives back to the community.

“This light bulb had went off in my head, and it was like God telling me: ‘Just A Dad From Akron,” says Kenny Lambert, a 29-year-old business owner.

“No matter where you're at in life, you can change and be great,” Lambert says.

The father of one knows all about change. He says two years ago he was homeless, had nothing and was addicted to drugs and alcohol.

“I was just tired of the way I was living, and I knew my daughter, she deserved a better father than the person I was at the time,” Lambert explains. “My daughter was one of the main reasons that helped saved my life.”

As Lambert walks out his recovery, the entrepreneur, who also works construction full time, wants "Just A Dad From Akron” to not only be a clothing line, but a movement that empowers people in the city to be the change they want to see. He uses the profit from his sales to give back to the people living in the community he loves.

“Us, being so stubborn, we haven't really asked anybody for any help,” says 30-year-old Andrew Tepus.

Tepus, who is a business owner and married father of four, knew Lambert from childhood. They were recently reconnected through social media when Lambert saw Tepus' posts and was able to observe how much his middle school friend had grown into what he considered an amazing dad.

“It was just really cool to see somebody who I went to school with 10 years later doing good."

Recently, Lambert showed up to Tepus' house with a shirt and a TV to honor him as the first "Dad of the month" for Lambert's company.

“No one's really done anything like that for us, especially with the circumstances going on,” Tepus says.

Tepus’ 7-year-old son, Xavier, was diagnosed with cancer and is currently undergoing chemotherapy. The diagnosis came the same month Lambert started his company.

Lambert's act of kindness was just what the Tepus family needed.

“Kenny's done more, you know, than just bought us a TV and a T-shirt,” says Tepus. “He's helped our faith with knowing that people are out there to help.”

Lambert says he grew up watching James both on an off the court. He was inspired because he believes the NBA star grew to not only become a great basketball player, but a great dad, too.

Lambert wanted to follow James' example of being an amazing father, while also giving back to the Akron community.

“I just want to inspire people to be a better person, to like be the change that Akron needs.”

RELATED: Cleveland mom vows to spend summer giving away free books: 'I'm scared there is going to be something called the summer corona slide'