“We almost turned him into a house pet. But he just wants to run. It's all he wants to do." 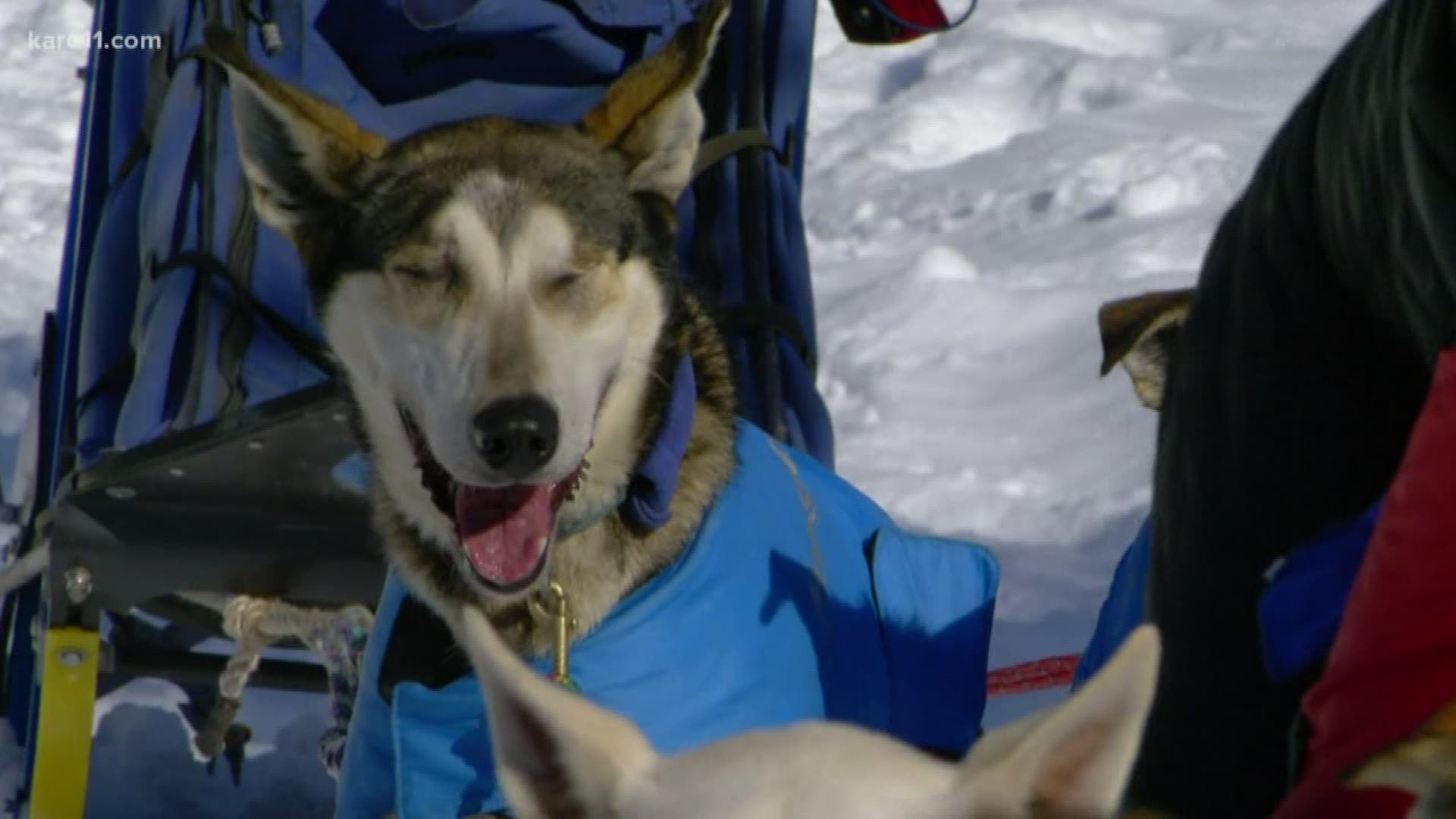 HOVLAND, Minn. - Indy the sled dog may not be able to see, but boy, can he still run.

The 7-year-old Alaskan husky lost sight in one eye three and a half years ago, according to KARE 11 news partner MPR News. He continued to run, learning to get by with just one eye.

But then he lost sight in his other eye, says owner Frank Moe.

“He's such a happy-go-lucky dog,” Moe told MPR News. “We almost turned him into a house pet. But he just wants to run. It's all he wants to do."

So after a year of adjusting to his lack of sight, Indy kept on running.

He started recreationally, then last year took on some longer races. This past weekend, Moe says, Indy finished the 100-mile Gunflint Mail Run up near Grand Marais, Minnesota.

That was a tough course, Moe told KARE 11, with a lot of twists and turns.

"The things that you would really think would cause a blind dog trouble," he said.

But Indy was the happiest dog in the pack by the end. He wouldn't even stop for the pre-ordained break halfway through.

On Jan. 26, Indy will join his team for the legendary John Beargrease Sled Dog Marathon, a 300-mile race that starts in Duluth and ends in Grand Portage.

Indy has completed the Beargrease once before - back when he was 2. Moe says back then, Indy was training to be a leader. That means he was at the front of the team.

Now Indy's position is called the "wheel," which means he runs right in front of the musher and behind the rest of the pack. Wheel dogs have to be some of the strongest dogs on the team.

Moe said he's not just throwing Indy a bone by putting him back on the team.

Moe says he'll be out there meeting all of Indy's fans - and so will Indy.

"He loves people coming up saying hi to him," Moe said. "He’s not afraid of anybody."

The teams are expected to start crossing the finish line at the Grand Portage Lodge and Casino around 6 p.m. on Tuesday, Jan. 28.