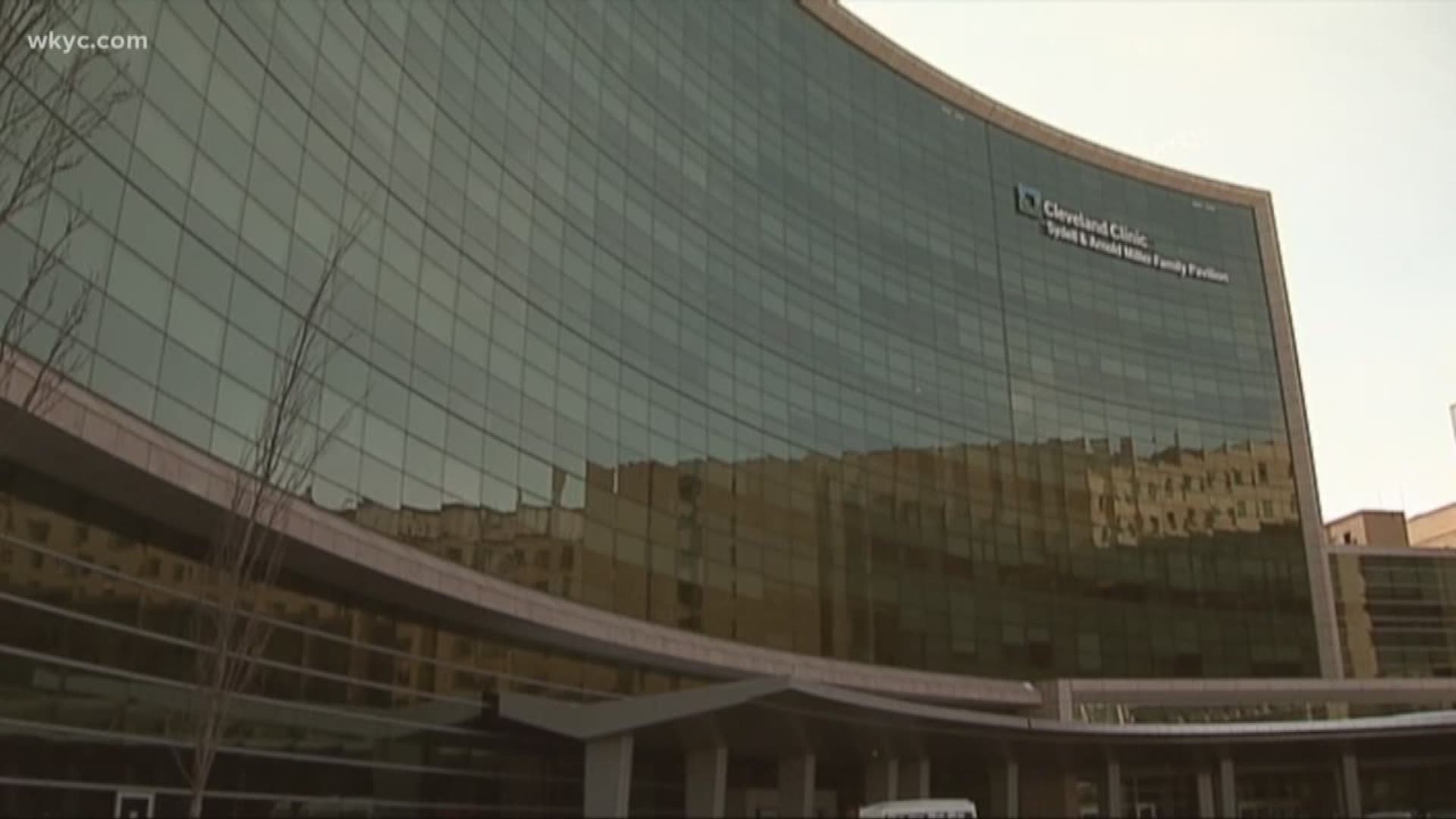 It was a simple church bulletin, but when 41-year-old Jason Stechschulte—a father of two—saw it hanging on the wall, he knew it was meant for him.

But the story started long before Jason saw the bulletin.

Carole Motycka was 44 at the time. She’d gone hiking with her husband and four sons and suffered some shoulder pain that sent her to the hospital.  After doctors did some testing, she learned her shoulder was the least of her worries.

"[The doctor] said, 'I believe you have a large tumor in your colon; I believe that your cancer from your colon has [gone] into your liver,' and he said this is probably a worst case scenario," Motycka said.

Motycka wasted little time calling Cleveland Clinic, where soon her cancer was treated with chemotherapy. She also had parts of her colon and liver removed.

Motycka was doing well until November 2017, when her liver began to fail.

"Unfortunately, some of the side effects of these therapies can cause liver damage, and that’s what happened in her case," Federico Aucejo, M.D., of Cleveland Clinic, who treated Motycka, said.

Luckily, Motycka was a candidate for a new treatment protocol where transplantation is used for advanced colon cancer that has spread to the liver.

"At this point in time, I don’t think we can call transplantation a cure, but we can prolong the survival," Dr. Aucejo said.

Motycka needed a liver donor, so her pastor put a note in the church bulletin.

"It was like the very second my eyes saw that and started reading it, I just had this feeling come over me that this is going to be you; you need to do this," Stechschulte said.

As fate would have it, Stechschulte was a perfect match.

"I can’t ever say thank you enough, because it’s given me the chance to see my John, he’s graduated now, and my Joseph, he’s going to graduate, and my Nick is at Dartmouth and I didn’t know that I would get to see Drew graduate from high school, but I get that opportunity now because of what Jason has given to me," Motycka said.

Motycka is doing well, and there are currently no signs of cancer recurrence. She considers her diagnosis a gift, of sorts, to her four sons, as testing revealed a gene that can put them at high risk for colon cancer too.

Now, Motycka’s sons can start screening while they’re young and never experience what their mom went through.