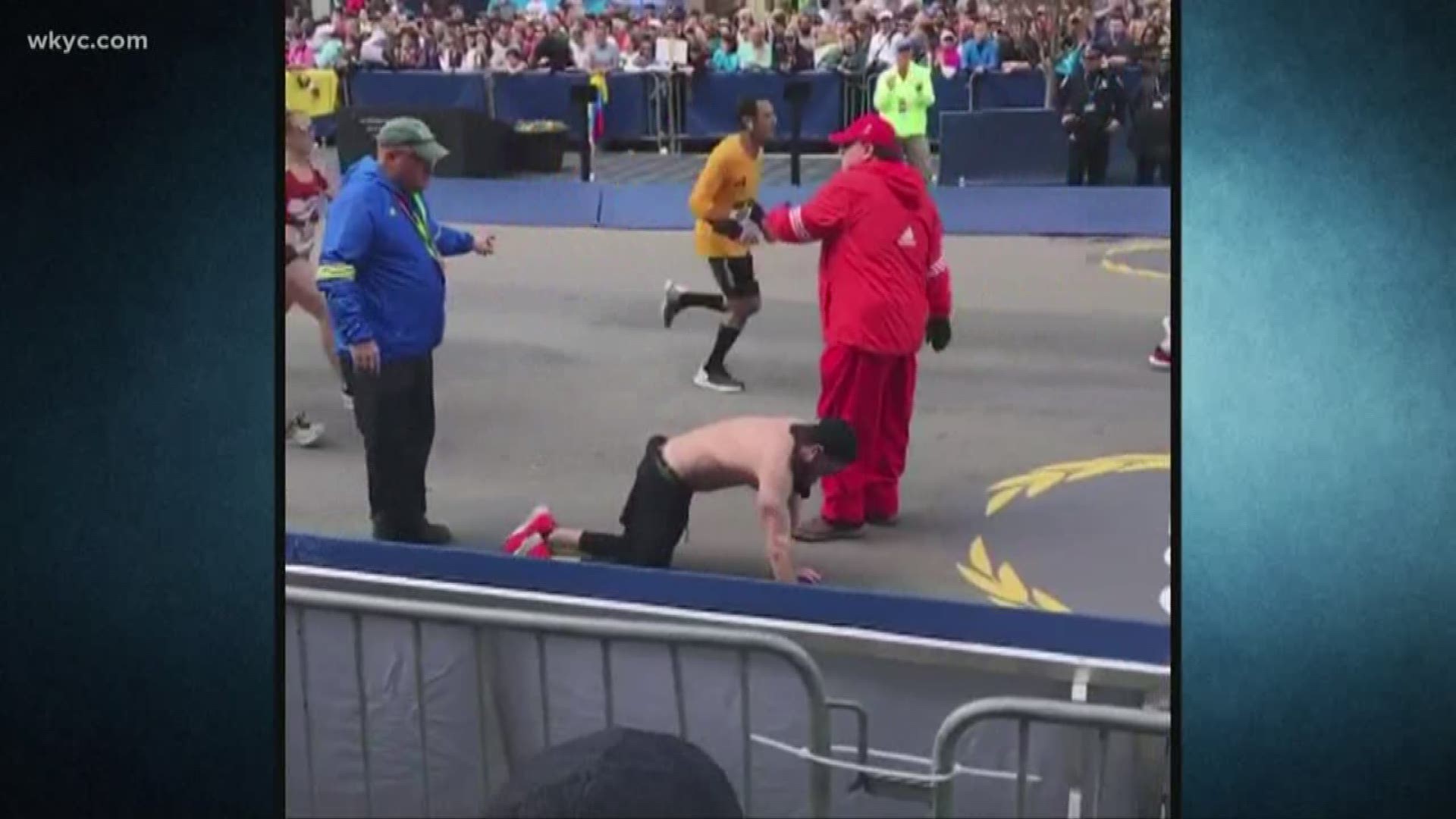 CLEVELAND — Amid of the thousands of seats at Rocket Mortgage Field House for Tuesday night's Cleveland Cavaliers game against the Boston Celtics -- there was an empty one, with a folded U.S. flag and a single red rose, to symbolize the blood shed by service men and women who didn't make it home.

Herndon, who is from Tallmadge, made headlines last spring at the Boston Marathon. Just 75 yards from the finish line, Herndon's legs locked up, and he collapsed. Instead of quitting, he crawled across the finish line. That fierce determination captivated a nation.

It was so moving, that Herndon was offered a spot in the New York City Marathon last weekend, where once again, he wore the names on his shoes: Ballard, Juarez, Hamer.

"If I'm here, everyone's going to know their last names, because that is what they deserve," said Herndon.

At halftime of the game, the Cavaliers honored Herndon and his fellow veterans at the team's annual "Salute to Service." Unbeknownst to Herndon, the team had a special surprise: The family of his late best friend, Lance Cpl. Matthew Ballard joined him on center court, where a tearful Herndon was overwhelmed with emotion.

"The last time that I saw them was four years ago at his funeral. And as he was getting lowered down in his casket, his little boy was saluting him, and it was a bad last image that I had of him," recalled Herndon. "So just seeing him tonight -- It kinda, it heals the soul."

But for this humble Marine, his new mission is to spread the legacies of his fallen comrades, and bring attention to the challenges that veterans face when they return stateside.

What has come from that moving moment at the finish line was just a start.

"No one's really dead until they forget your name. No one's ever going to forget their names," Herndon said.